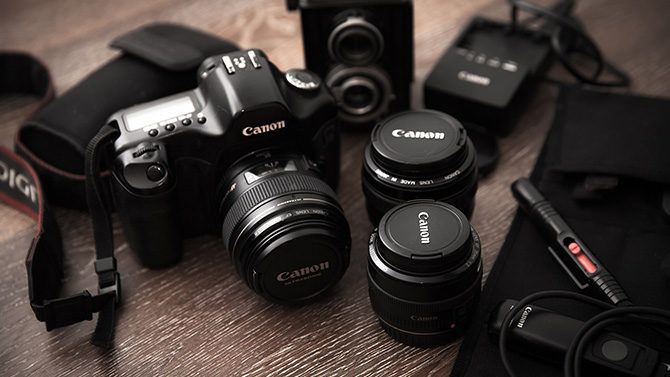 I’m old. Believe me, I know it. I’ll be 70 in a few months. That fact may make it hard for you to take me seriously but bear with me for just this post. With age comes wisdom, right? What I want to write here is that I think the field of photography by those making art is changing in a disturbing way. Read on.

Photographic series or bodies of work are being explicated, explained, contextualized, rationalized and elevated with text or verbal rationals. You’re thinking: so what? That’s no big deal. Let me start with a short history and then let’s take a look at current practice. 20 or 30 years ago, going to a photo show at MOMA or the Met, SF Modern, ID in Chicago or even the Whitney often meant you were confronted with a row of framed and matted photographs along with perhaps a brief statement from the show’s curator that gave some biographical data on the photographer or maybe explained in what context the works were being shown. The titles of the work were usually the place and the year the images were made. That was it. The expectation was that the photographs stood on their own, were to be viewed and understood on their own terms, usually as single images sitting next to other single images. Think Robert Frank, Lee Friedlander, Harry Callahan, Frederick Sommer, Lew Baltz, even Ansel Adams and Cartier Bresson. Few words were necessary. There were exceptions, of course. For instance, Robert Adams, who had whole reams of text used to flush out his work and build a rational.

Now, go to a show by a recent MFA grad or sit across the table from someone showing you their work at a portfolio review and things are very different. For most work there is absolutely no understanding possible without a written or verbal account of what the photographer is up to. I always have the sense that I am joining the telling of a story in the middle, trying to play catchup. Again, for most works, separate the photographs from the words and you have no ability to comprehend what is going on. This isn’t always awful, as perhaps it is part of the evolution of the medium into a specialized category that leads to increased specificity and a clearer intent. But, and this is my main point, the photographs often aren’t very good. It’s as though photography has been sublimated to a necessary part of the total, that the words are the priority and the photographs somehow are ancillary or secondary and therefore not needing much attention. This resides perilously close to using the photographs as illustrations, really another field entirely.

What is this? My theory: most new art photography these days come from MFA grads who have studied the medium, not only its practice (although often not enough) but its theory, its criticism, its analysis. As the medium’s craft has become easier, more fluid and automatic, mastery of the technical and visual has become less important. Students flowing out of MFA programs now that were started in the 60’s and 70’s are graduating with degrees and thesis works that are equivalent to PHD dissertations (there is no PHD in applied photography) as the MFA is the terminal degree in the discipline. These grads and recent grads are learned, academic, studied, vocal, theoretical and informed in the medium’s history. They are also “conceptual” in that the thought is formed, the work is made to fit the thesis and then executed as a package with the written text to go along with it. This can resolve itself in performative works, video and/or photographs with a primary written component and a secondary tier of importance to the photography. As photography at this level has grown, the treatment of it as an academic pursuit has as well. Very often the craft of the medium is subsumed, indicating the artist has little interest in the inherent qualities of the discipline itself,  using it simply as a vehicle for visual communication. In fact he or she may have graduated from just that: a department of visual communication.This constitutes a “literalization” of the medium or in effect a deconstruction of its inherently visual qualities resulting in an analytical and intellectual final result.

Go to a graduate thesis show and take a look. The students are concerned with issues of identity, gender, developmental and emotional positioning, posturing, physical and emotional abuse, cultural and societal pressure and assumption, human rights, sexual identity, and on and on. Each of these ideas and many others takes on a personal relevance and importance square in the photographer’s aim, as though there is a catharsis that when shared it is assumed to have relevance to others who are there looking at the work. Of course, much of this is narcissism, self absorption, even making work with blinders on.

Before you label me an old guy with a lack of sympathy for the young and an inability to see the value in younger’s peoples ideas read on. Joni Mitchell once sung that “the old hate the young” but I have always really liked the young, forty years of teaching at the university level that I really enjoyed as a case in point. Youth is vibrancy, endless energy, huge flexibly and sense of discovery that is wonderful to be around. But making the assumption that I or any viewer wants to hear the personal story as a prominent component of the art just really gets me going. I do not. I want to be able to look at the art and judge it on its own merits. Presently, I find a good deal of it lacking.

Look, the practice of making pictures used to be hugely craft based. You needed to study photography and the making of pictures hard to be good at it. It used to be difficult to do well. As a professor I seldom saw any student any good at it until they were a couple of years in. Now, the level is higher and proficiency comes without much work. I doubt most students two years into their degree can accurately tell you what ISO is, aperture and shutter speed settings, 18%  gray, reciprocity failure, D-Max and so on. You can build the case, of course, that they don’t need to know those things. Put the camera on “P” and fire away.

My point? As photography becomes ubiquitous, as we are all photographers and even the most simple of cameras made today provides stunning results compared to a few years ago, photography is free to explore areas never approached before. That’s all good. But please give me less words and better pictures! I find the story, the text mostly boring and condescending, telling me how to look at the photographs rather then letting the photographs do the talking.

As Kurt Vonnegut wrote in Slaughterhouse Five when referring to the allies massive bombing campaign of the city of Dresden towards the end of WW II that killed people in the hundreds of thousands:

Neal Rantoul is a career artist, educator and author of a number of photography books.  He taught at Harvard University for thirteen years and retired from 30 years as head of the Photo Program at Northeastern University in Boston in 2012. Neal now devotes his efforts to making new work.  You can find out more about him, and follow his work on his website.  This article was also posted here, and used with permission.

Arri joins the vertical video trend – We are all doomed
« Use a prism, gels, and camera movement for more dramatic portraits with flash
Add overhead support to your camera gimbal stabilizer for under $100 »