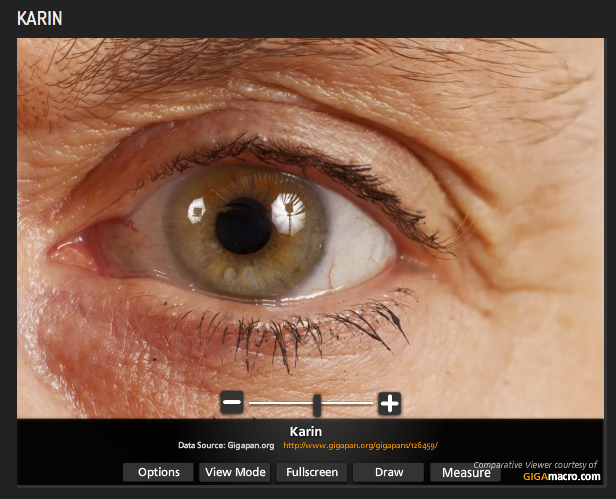 For those who don’t know, cartography is the making of maps. The word comes from the french terms carte and -graphie, which literally mean map and writing. Daniel Boschung is a face cartographer, and he does exactly what that title suggests: he makes geographic landscapes out of portraits of the human face.

The maximum resolution of a perfect human eye is around 450 pixels per inch (PPI). That means if you’ve got a smartphone, like the iPhone 5S, you probably wouldn’t notice the separate tiny pixels that make up the screen because of its display of 326 PPI. The screen looks almost as sharp as real life. Keeping that in mind, if you were to take a 90 x 90 inch portrait of one of the faces photographed by Daniel Boschung in this project, the final resolution of the picture would amount to somewhere at 111,000 PPI.

That’s where the title of cartographer comes in. Each facial portrait taken in this project is composed of a total of around 900 million pixels. By zooming into any feature of the faces of the subjects photographed, they become their own landscapes. The face becomes a country, and the eyes, nose, and mouth each become regions holding their own unique formations. Every flaw, fault, scar, and trait hiding within the microscopic buildup of the human body immediately becomes vulnerable as it gets exposed to the eye of a robotic lens powerhouse. The final result leaves you uneasy, uncomfortable, and pretty damn self-conscious.

Using a Canon EOS Mark II camera and a 180mm macro lens, Daniel Boschung created a machine that takes 600 single shots within a time span of 30 minutes. The subject, this entire time, remains still as the camera makes its way and captures every part of the face in its overloaded amount of shots; whoever is being shot has to sit in the same position throughout on a chair staring blankly into space. With no allotted time to speak, laugh, move, or interact, emotion ceases to exist in the subject, and the final portrait is even more unsettling as a result.

Daniel Boschung has been a cartographer of artwork and insects; he now made his move towards the cartography of human beings, but why is this project so much more attention-grabbing? I think I can offer one explanation: we’re a limited species. Our eyes are so extraordinary, but at the same time so limited. We haven’t ever been used to being so much imperfection in who we are. We apply our face wash, brush our teeth, put on our make-up, assure ourselves we look fine, and head out on our day. We don’t like looking at the microscopic flaws that really do make us up, we’re not accustomed to it, and this method of photography just confronted us with that vision. At the same time it makes us uneasy, it also interests us beyond any words. This is what we really are, and the photographer is giving us the chance to see it more clearly than we’ve probably ever been able to.

What do you guys think? Drop by and let us know. As for the portraits themselves, you can check them out at these two links.

This artist photographs surreal “landscapes” from human skin and paint