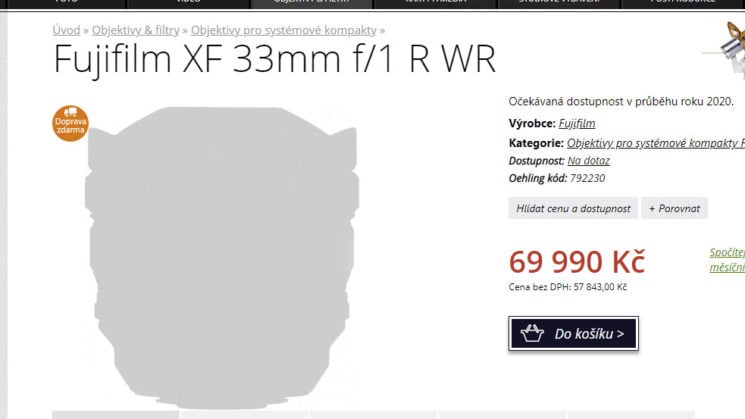 The Fujifilm 33mm f/1 AF lens isn’t exactly a secret. It was first mentioned back in July last year when Fujifilm released their latest lens roadmap for X series cameras. While not originally scheduled for release until 2020, the lens was made official a couple of months later in September.

We knew the focal length, the maximum aperture, and what mount it was for. We even had a rough idea of the release schedule, but what we didn’t know about was the price. Now, it seems that Czech retailer, Oehling, has put up a price. A price that equates to a little under $3,100.

The listing was spotted by the folks at Fuji Rumors, who admit that this might simply be a placeholder price until Fuji releases final pricing, but right now they have it listed for 69,990 Czech Koruna, which at the current exchange rate is $3,086.94.

The practice of placeholder pricing is not new. I see it regularly from Godox resellers around the world whenever a new product is launched. Both Adorama in the USA and Pixapro in the UK will put temporary prices that will often change as a product comes closer to release. But this is the first price indication of any kind we’ve seen for the new Fujifilm 33mm f/1.0. 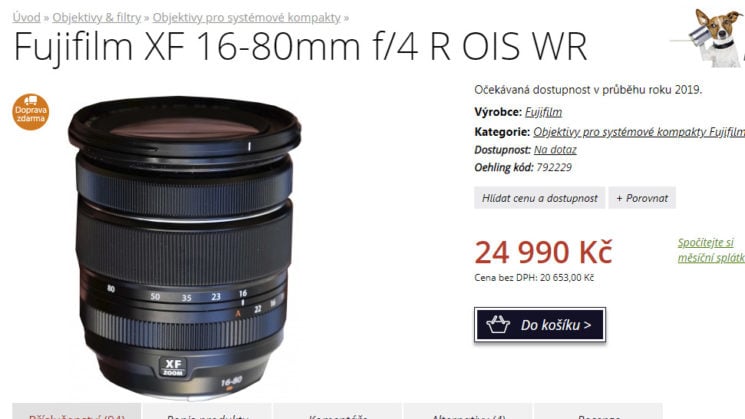 Again, this, too, may be a placeholder price until we get closer to a real announcement. B&H doesn’t even offer listings for either of these lenses yet, not even “notify me” listings.

But even if these prices are wrong, I’m curious to hear what Fuji shooters think of them. Would $3,100 be an acceptable price to you for a 33mm f/1 autofocus Fuji X Mount lens? Or is it an entirely unrealistic amount to expect people to pay?