Before we begin, I must start this piece off by saying that I’m referring specifically to collaborations on social media/magazines, where the aim is to grow your fanbase/audiences, when appropriate, and all parties agree on written credit.

Hello guys and girls! *waves* welcome back to another blog post! I have to warn you up front that this one is somewhat of a baby megalodon in size, but don’t worry! There are pictures :D

I’ve noticed over the last few years that retouchers are one of the rarest things to see in the credit list of a team. So I wanted to investigate further and start looking at why this may or may not happen and if it does happen to you (as a retoucher), what you could potentially do about it.

This is definitely from my own experience and may not reflect other people’s, though I do believe this to be quite commonplace, more so if an agreement was not in place.

Over the last few years of retouching, I’ve found myself pushed into a place I never expected to experience.

In my earlier years as a musician, it was easy to obtain recognition for the work you put in. Your name was right there on the album credits. Everyone from the band members to the producers, right through to the “behind the scenes” mixing and mastering engineers.

When people shared your album or shared your band, you were right there on the list, and you used a label to obtain an even bigger audience / reach.

Starting engineers would often work for free or reduced pay to build a portfolio and in exchange be credited on the album for the work they did, in the same format as everyone else.

Disclaimer: (I shot 3 of the 4 of images below, and I do not post client before and afters. However in this instance with written permission from Riccardo Iozza, Image #3 in the article has been included, this is an exception! As it’s a wonderful example). 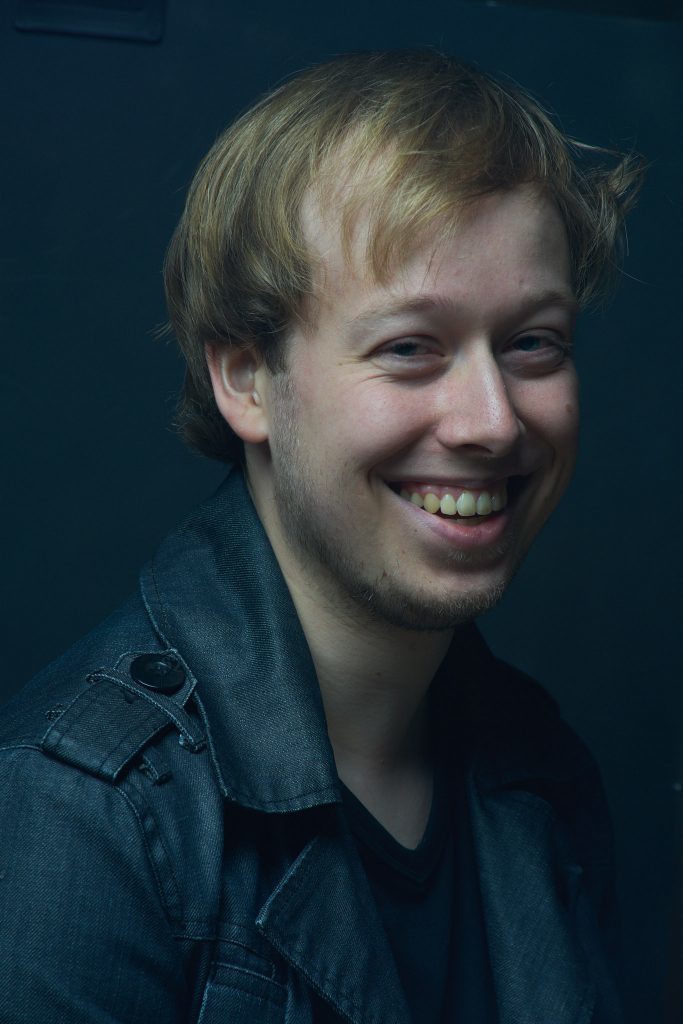 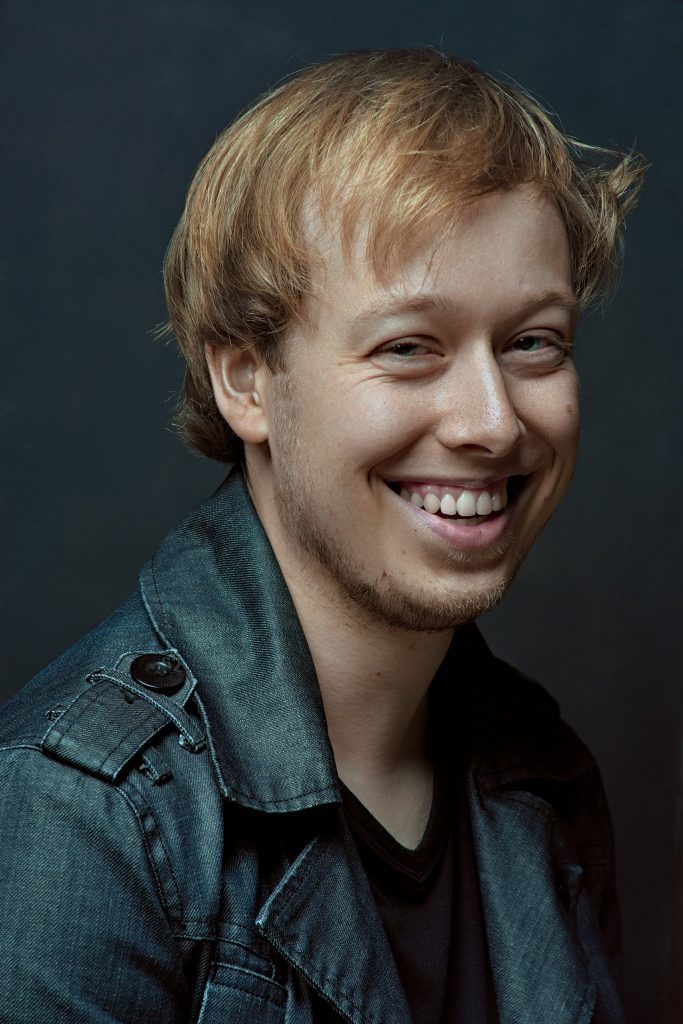 As I moved into photography, this mentality was already normal for me. I credited everyone from the models to the brands I used. The reason being that they’d always been a key piece of the puzzle to creating the final product. I literally couldn’t have done it without them.

As a photographer (previously), I had absolutely no idea of what it felt like to be involved in a production and not receive the recognition for it. I was an obvious integral part of the team.

When I got into retouching, something hit me that I find in equal parts odd and deeply saddening. Far too many people have a serious aversion to crediting retouchers as an equal member of the team, even when previously agreed upon.

Over the last month alone I’ve had my name misspelt on multiple publications, completely omitted from another and passively-aggressively spoken about from personal messages to status updates for seeking a solution for this.

I find the concept really quite odd. The idea that someone can work for someone else (when they’ve agreed on being credited as an equal member of the team) and in return receiving inaccurate names or in some cases almost backhanded credits, hidden away from the view of everybody else.

Making the audience have to do more work to find out who did it. This isn;t ideal for growing a fanbase or gaining an bigger audience.

It’s frustrating for a retoucher to have to deal with. Not only can it potentially stop business opportunities because new clients cannot find you from the work you’ve done (unless they chase you up specifically), but it also makes the retoucher look and feel like the bad guy when they have to chase the problem up.

As a retoucher (previously a photographer) I can see both sides of the coin, and never before have I ever felt so baffled by the behaviour of people you’ve directly improved the outcome for.

Allow me to share with you some before and afters to show you what it is that I do, that us retouchers do. 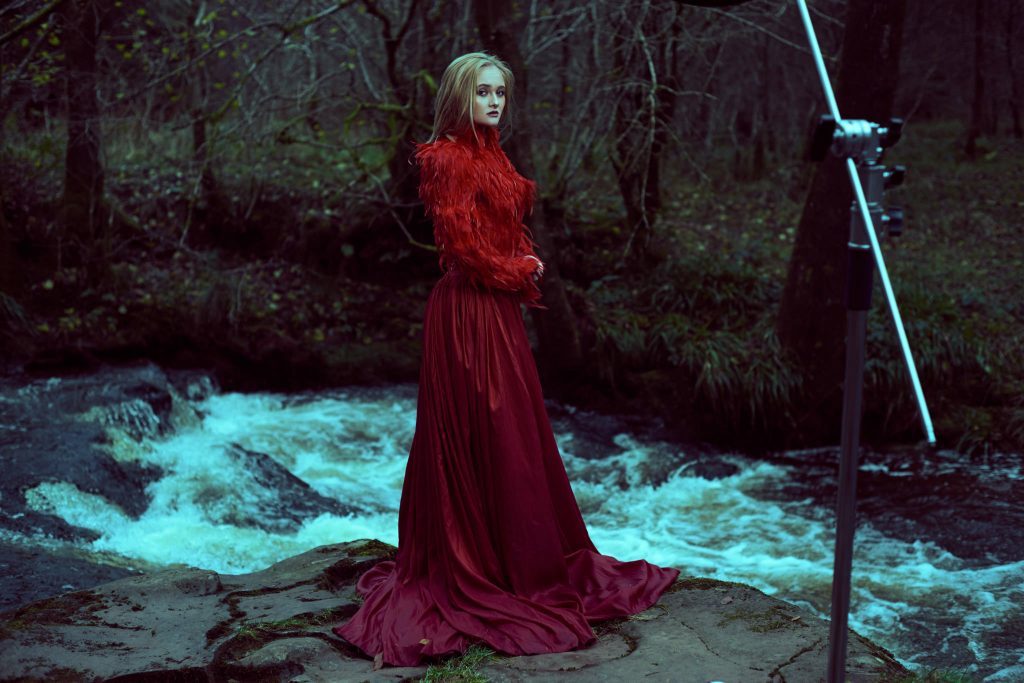 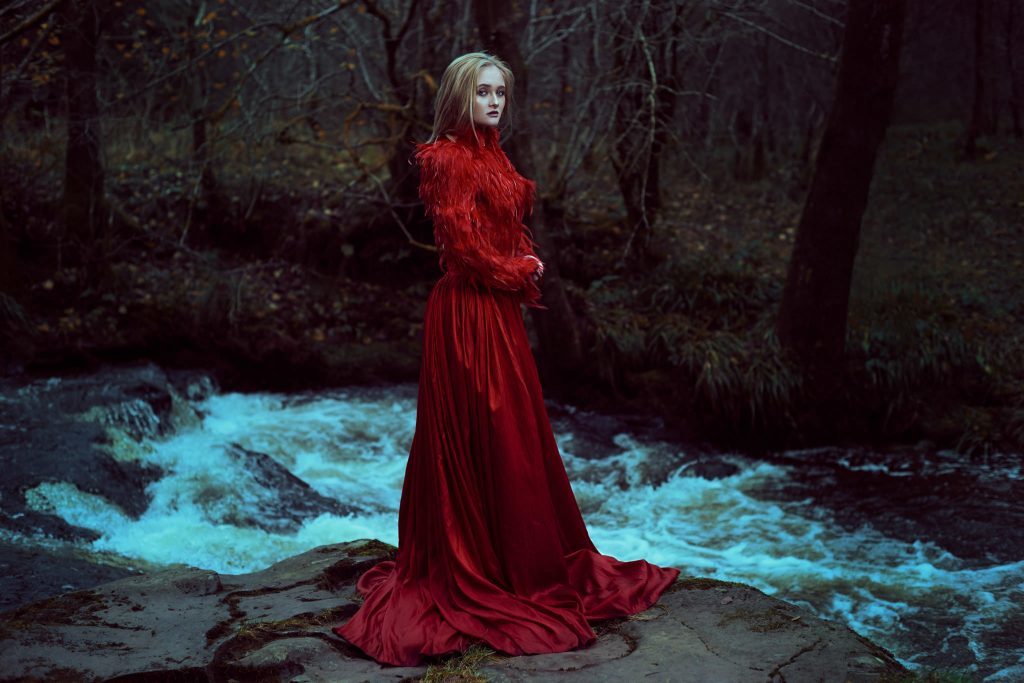 Some of what we do:

Some points FOR excluding retouchers from the process:

Some points AGAINST it:

Here’s another before and after: 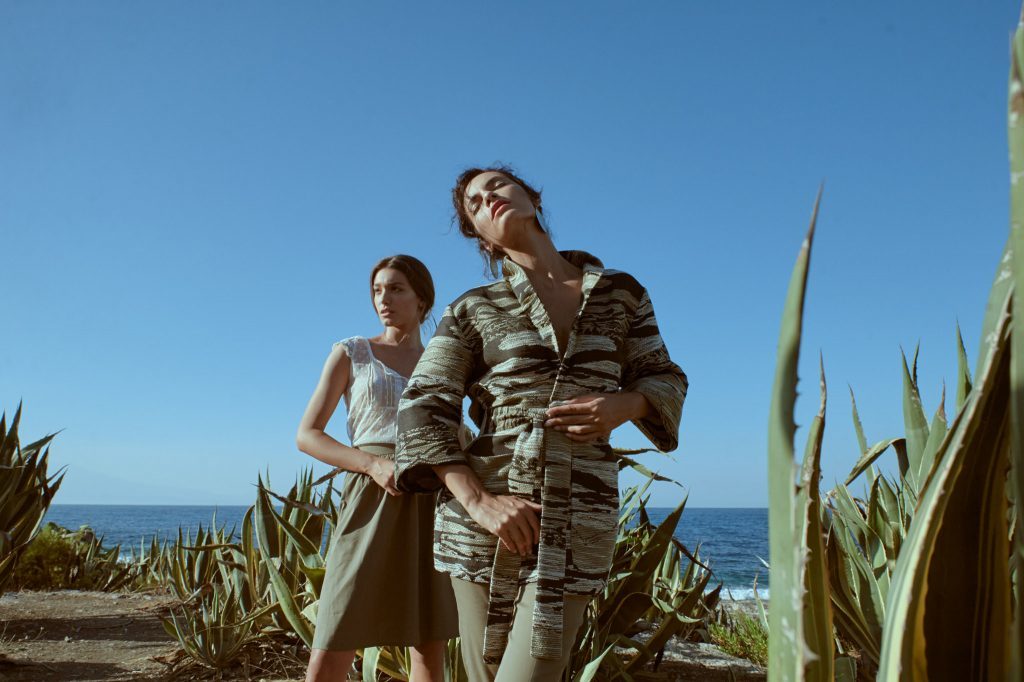 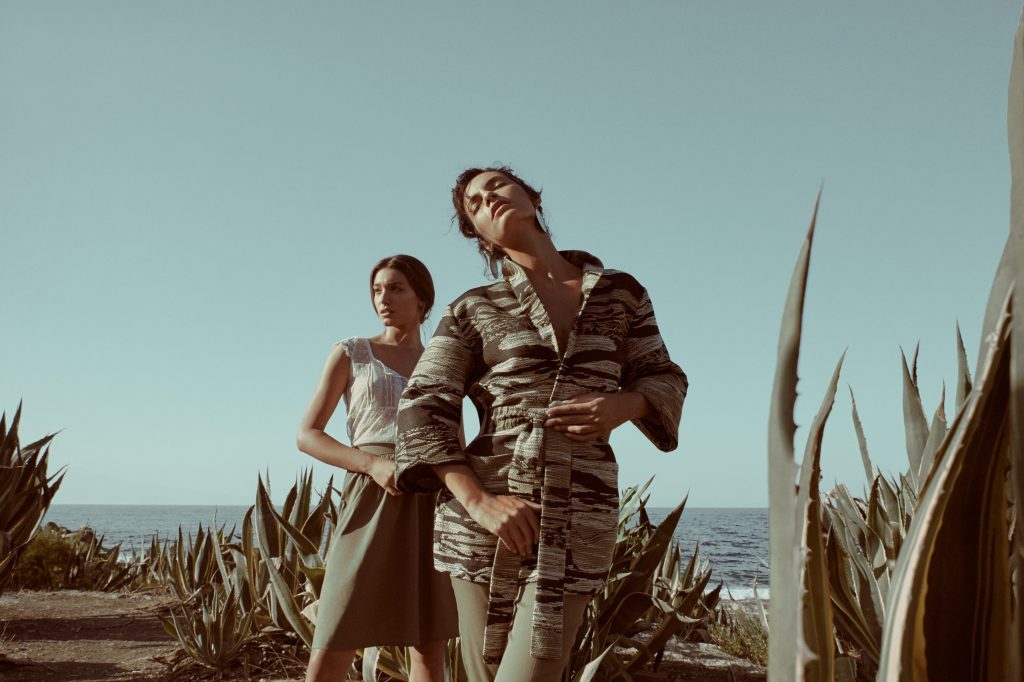 So what can be done about it?

There are a few things to take into consideration here as it’s a super complex, multi-layered issue. Before I give you the steps you could take (if you don’t mind potentially losing the client), the Legendary Sef Mccullough offers us the most powerful point of all:

HAVE AN AGREEMENT IN PLACE!

But why have an agreement!?

Because having an agreement in place means the following things are set in stone and agreed upon by both parties:

What can you do if you don’t have an agreement in place?

You can simply ask/remind them to include the credits as per your agreement. However, there are also more bonuses to approaching this another way.

Some great advice I’ve had passed on to me from David Neilands is this: Note the issue and say nothing if you expect future work, and the client is bigger / more beneficial to you at that moment in time.

Mention it on the 2nd job and if still ignored, consider releasing the client after their portfolio images no longer benefit you.

The benefit to this method is to build a portfolio with you knowing it’s a client you’ll never potentially grow from via their audience, therefore your expectations have been met. It’s not always the case and sometimes clients will chase these companies/sources up to find out who you are. 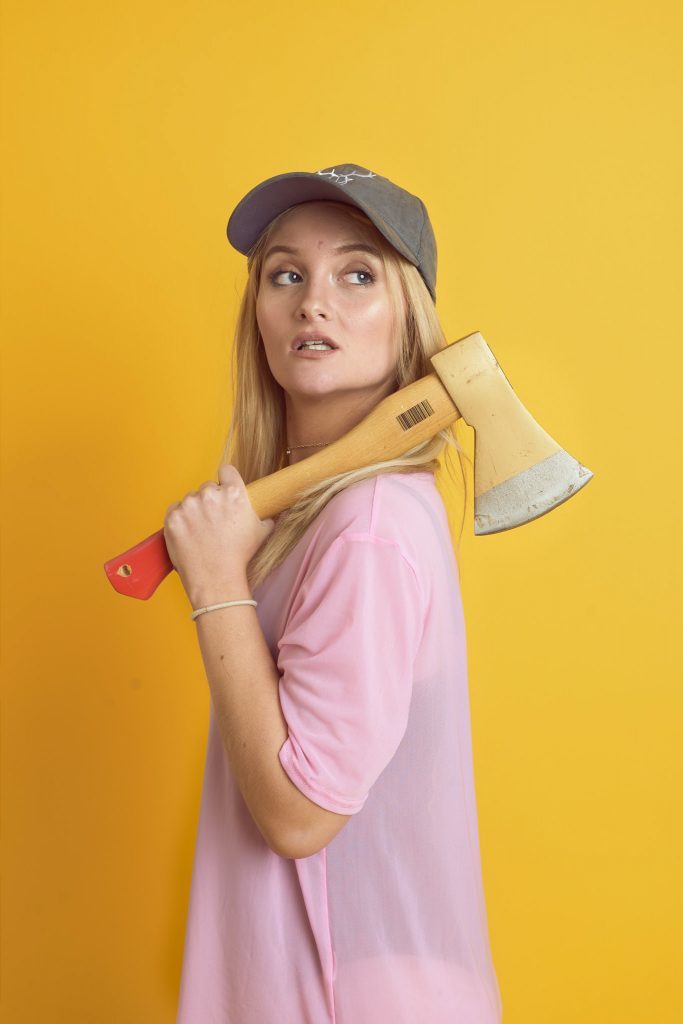 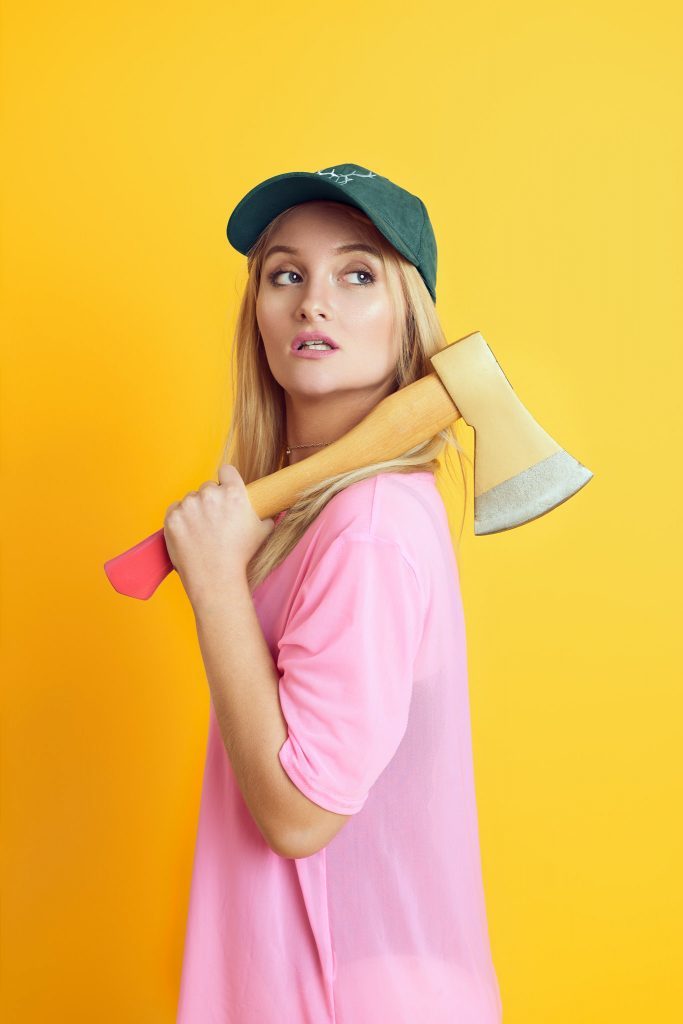 So why write this? What’s the point of the whole article?

My point is this; When you work with somebody on a collaborative basis (where the aim is to grow your audiences), if you’ve agreed upon written credits then you should be written as a part of the whole team involved, in the same way, the same style, the same place, the same time, the same platforms as everyone else and by everyone else.

What this does is expose everyone involved to a wider audience, wider network, wider connections and to potentially more jobs. Why on earth would you NOT want everyone on your team to benefit from that exposure?

As an example: Leaving someone with 100 followers to fend for themselves while the other team members get access to 300,000 views is just bullshit. Why would you even want to exclude someone who did a great job for you from more opportunities?

SO WHY CREDIT RETOUCHERS JP?!

There are lots of reasons! Here’s a lot of them that MAY have been done to create the final image everyone else gets to see:

Looking at these before and afters above, where do you lie on the input of a retoucher? Are they Self-entitled for asking for an equal share of the credit or a valid member of the team?

Final: Let me know your thoughts below!

For me, as a retoucher, a professional, and educated member of the photographic industry, I fight for my credits to be written or included, unless paid/discussed otherwise. Period.

Just like the models, makeup artist, hair stylist, clothes stylist and photographer, I’ve contributed to the process, often significantly. And especially if I did it for free, I deserve to get access to the same reach, exposure and potential opportunities for more work as everyone else on the team. If I wish to be a part o that list, I should be able to right?

Any member of a team who benefits the final outcome, in any significant way, when agreed upon. Should be credited. Whether that’s by a firm, group, brand, business, individual or otherwise unless paid for the omittance, or previously discussed and agreed upon.

Ever wonder who the director of photography was on a movie? Or who the actors/actresses were? Nope, because they are credited in the same list as everyone else.

Let’s say I watched a small independent movie and wanted to hire the team who graded it, the chances of finding it on Google would be slim. However, if I look at the list of credits… BOOM, right there. I can now hire them!

Let’s say you see a photograph you love the look of and there’s no post-production or retoucher credited, you’re gonna assume the photographer did it all right?

What about that retoucher who graded the image and cleaned it up? Are you going to know who it was to go and hire them without extra searching on your part? It’s unlikely.

*I specifically left the credits for the end of the article to emphasise my point below.

Without credits during a social media / printed collaboration for small independent businesses, Only the biggest/most popular members of the team seem to benefit from it. For the small businesses, it almost always results in no new clients at all, especially without chasing new ones down themselves. Meanwhile, everyone who did get credited reaps the potential benefits while sitting back drinking a nice tea.

Canon called out for not crediting a photographer on social media. Again