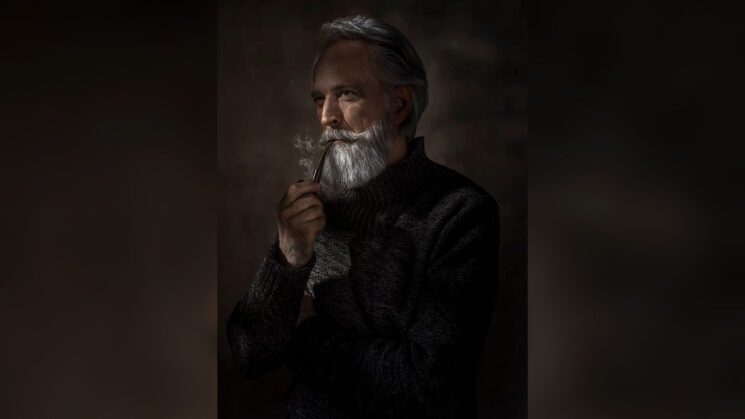 What makes a portrait dramatic? If you search the internet you’ll get quite a few answers, ranging from the practical to the abstract. Suggestions such as creating a mood, dark backgrounds and using fog or smoke all feature. As does using a characterful subject, often dressing the part. While these things certainly do contribute to a dramatic moody feel in an image, fundamentally for me, it’s all about the lighting. And that’s exactly what Slovenia-based photographer David Keinne harnessed to achieve this stunning low key portrait.

David took this image during a Creative lighting workshop he was running. He says that he has worked with this particular model many times, and is always inspired by him. If you look at David’s Instagram feed you’ll spot this rather handsome older man several times over, always playing a different character. David says that each time he shoots him, it is like photographing a different person. 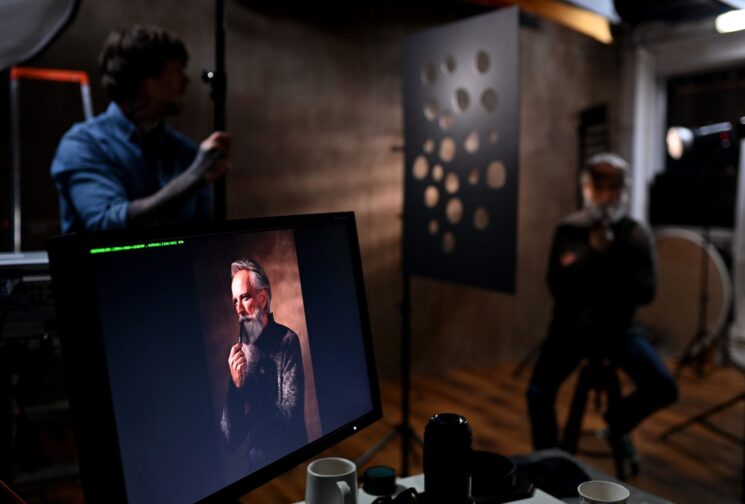 The set-up is actually incredibly simple – just two lights were used to make this image. A Godox Ad600 was used as a key light on the model, with a second one lighting the background behind him. A white reflector was placed on the right-hand side of the subject for fill. David used his FujiFilm XT4 camera with a 35mm f/2.0 lens and shot tethered, with a shutter speed of 1/100 and aperture f/2.8.

Now for the interesting part. To achieve the really dramatic light falling so narrowly on the man’s face, David used his own homemade Gobo or cookie (cucoloris). He used black foam board and simply cut out circles of different sizes with a craft knife to achieve the effect. The gobo was then placed between the key light and the subject. 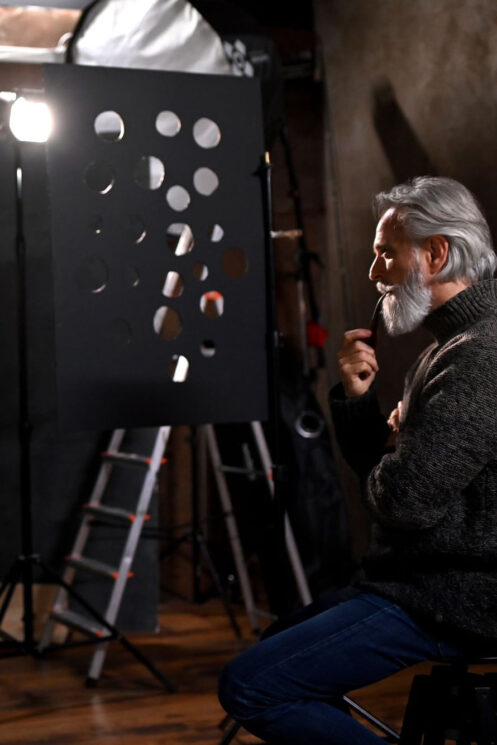 David says that he loves to play around with lighting and find new techniques and challenges. I think this image is wonderful, and really evokes a feeling of narrative and story around this gentleman. It makes us want to know more about his history and who he might be, there is a definite sense of mystery surrounding him. For me, that is very much the definition of a dramatic portrait. Here is the final image once again. 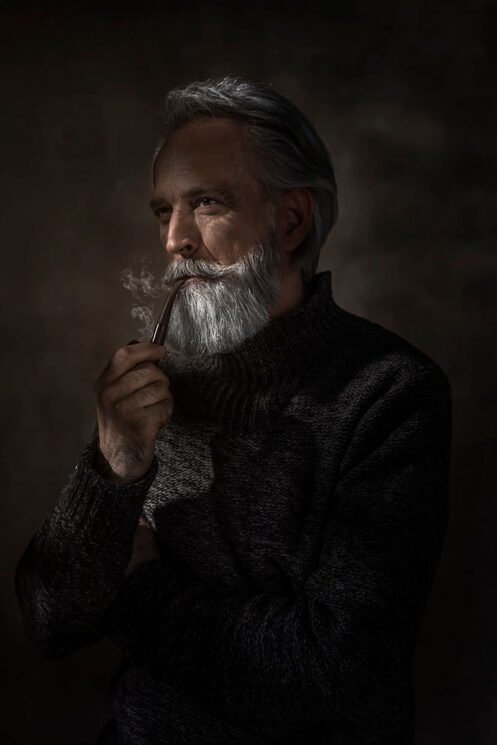 You can see more of David’s fantastic work on his Instagram feed.

What do you think makes a dramatic portrait?

How I shot dramatic portraits on a wonderful Icelandic landscape

Use a prism, gels, and camera movement for more dramatic portraits with flash