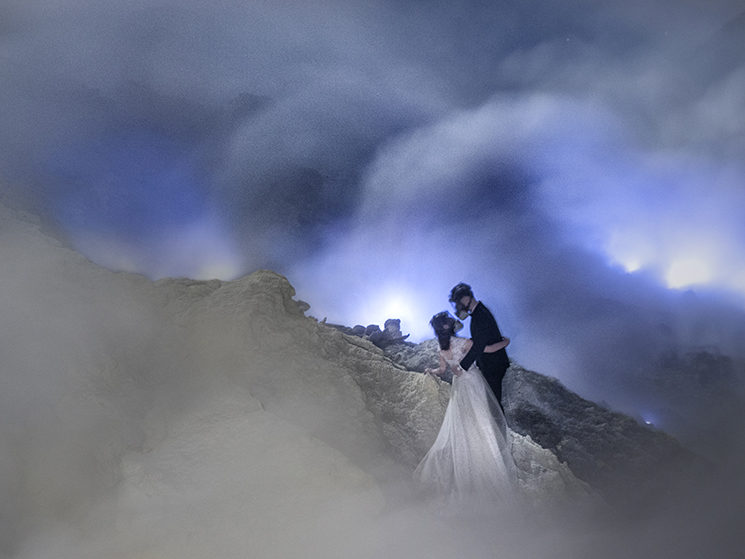 Malaysian photographer Keow wee Loong is known for his extreme photoshoots. This time, he followed a wedding couple to the crater of Ijen volcano complex in Indonesia. Surrounded by rocks and smoke, they ended up with the photos that look like they were taken on another planet.

Danny Ong and Krystle Tee wanted to have out-of-the-ordinary wedding photos. So, choosing Keow wee Loong was an obvious one. He took photos at this crater before, but he made self-portraits. This time, the same location was a backdrop for a wedding photoshoot.

The couple and the photographer hiked for three hours to get to the crater. Once they reached it, the shoot itself lasted for five hours. In some of the photos, the couple had to wear gas masks to protect themselves from the thick, grey smoke. The volcano shoots blue flames, which adds the unearthly atmosphere to the shots. Keow wee Loong says they could feel the heat of the flames, but no one was hurt and nothing melted (fortunately). 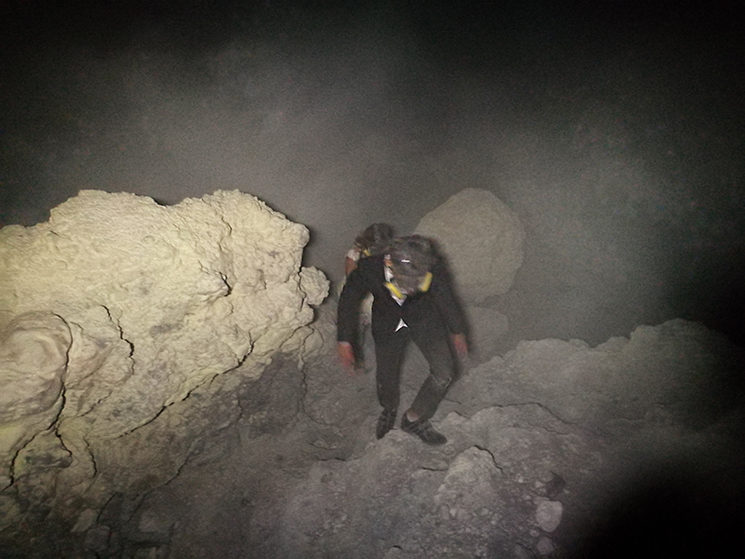 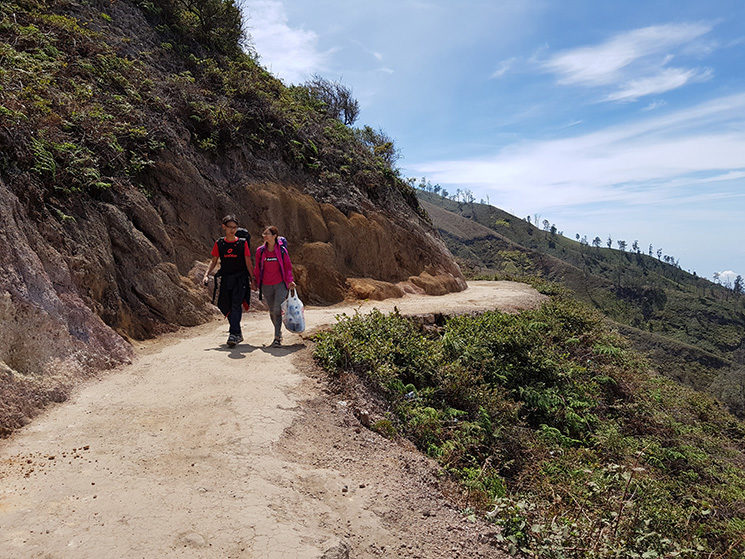 It was a tricky task to get the shots in the thick smoke and with the discomfort of feeling the heat. Also, Krystle’s dress got destroyed, but luckily, she had another one for the wedding.

They also needed to sneak so the ranger doesn’t tell them to come down. I can’t say I approve it, but at least they ended up with the shots that are different from most wedding photos out there, which was the whole point of this adventure. Take a look at more photos below, and if you’d like to see more of Keow wee Loong’s work, visit his Instagram and Facebook page. 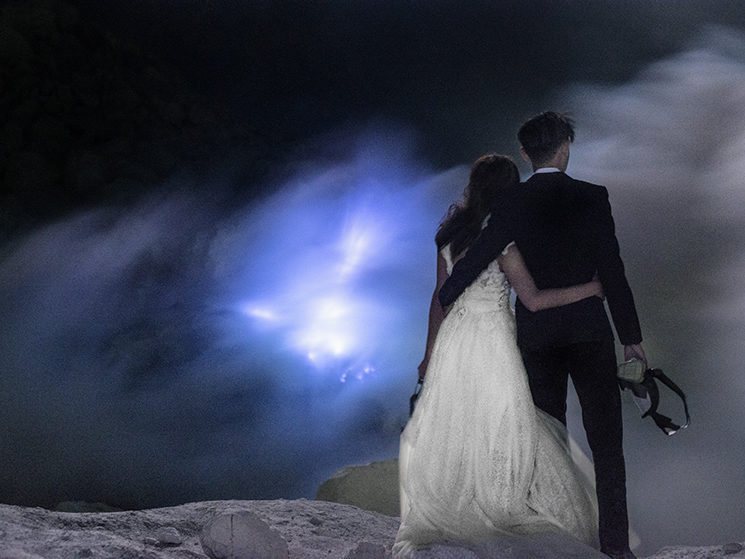 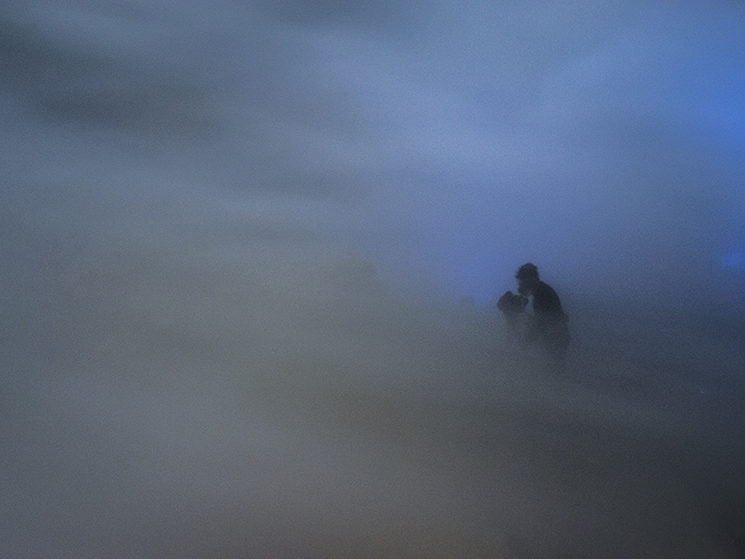 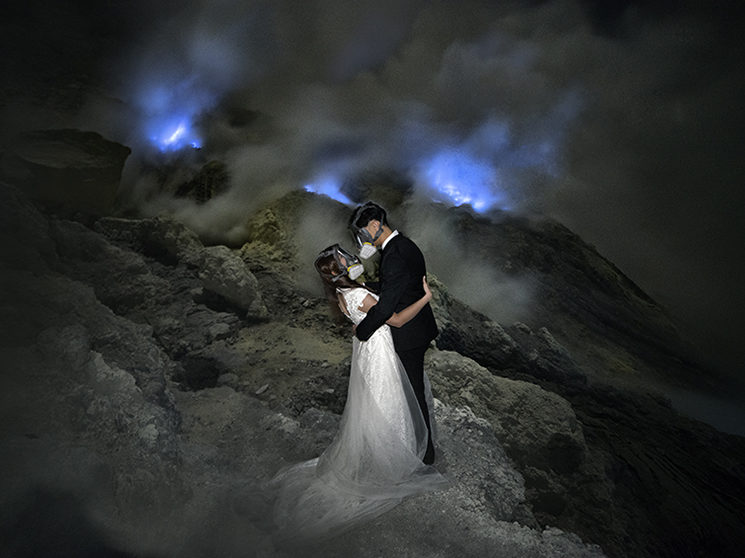