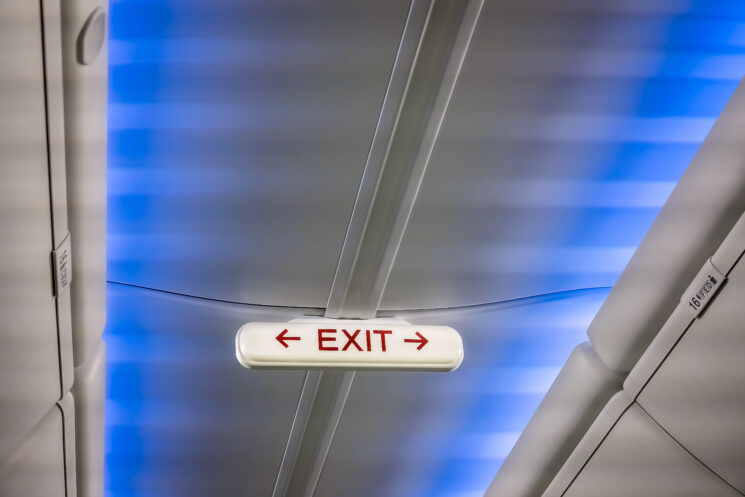 A couple posted a selfie of themselves still covered in firefighting foam moments after their plane crashed. The couple had been on board the LATAM Airlines plane when it crashed on the runway in Lima, Peru.

The plane’s wing collided with a fire truck during take-off. No passengers or crew on board were injured, but sadly two firefighters were killed. The couple has been condemned for poor taste after posting the image to Twitter.

The caption of the image translates to: “When life gives you a second chance”. Clearly, the couple is expressing that they are happy to be alive, and allegedly at the time of posting, they had no knowledge of the fatalities.

The plane was carrying 120 passengers at the time of the crash. A video showed that the truck was hit by the wing of the plane, causing some of the aircraft’s wheels to buckle. The plane skidded on its undercarriage for hundreds of feet down the runway, partially catching fire.

In the background of the image, you can clearly see the plane. It’s also covered in foam, its wing broken and listing to one side. The image was posted to Twitter by Enrique Varsi-Rospigliosi, who also appears to be the man in the photo.

The image currently has over 200,000 likes, so clearly, not everyone thinks it’s poor taste. I imagine surviving even such a relatively minor plane crash as this would be a terrifying ordeal, and the pair are clearly just thankful to still be alive.

Taking and posting a selfie does seem to be a common reaction to events these days. It has become so normalized that I doubt whether this couple even stopped to think about it. While this time, the selfie itself wasn’t dangerous, it was perhaps a little inappropriate. Other people have got into a lot of trouble taking selfies, it being a major contributor to accidental deaths, according to one Australian report.

What do you think? A natural reaction or a bit tasteless?

[Via the Daily Mail]

« Amaze your friends: Make a pinhole camera out of an orange!
Is TTArtisan’s new 35mm F0.95 lens the Noctilux for Fujifilm X-mount? »