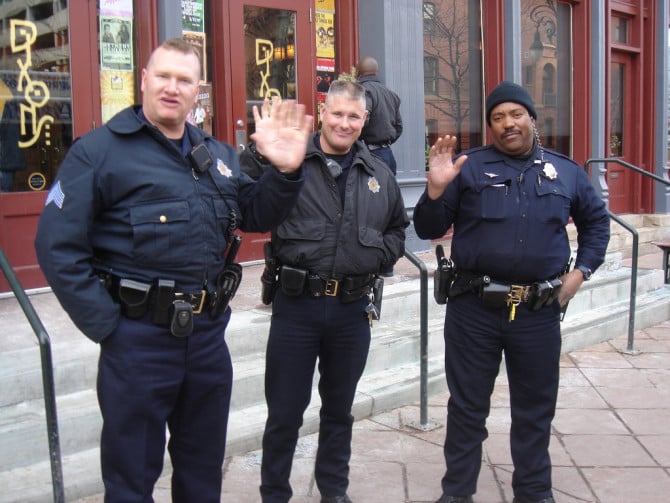 In a pleasantly surprising yet most welcome turn of events legislators have proposed a bill that will protect photographers’ rights and increase police oversight, rather than limit them suggested by several recent bills.

Unlike the bill proposed in the nearby state of Texas, banning photography within 25 feet of police, Colorado’s bill seeks to punish officers who interfere with lawful recordings of police activity by imposing significant penalties on violators.

The bill, titled “Concerning Prohibiting A Peace Officer From Interfering With A Person Lawfully Recording A Peace Officer-Involved Incident”, is just one of the steps being considered in order to increase police oversight in Colorado and hopefully it will lead to similar legislation in other states.

Joe Salazar (D-Thornton), co-sponsor of House Bill 15-1290, said the bill “came up as a result of the number of news reports we’ve been seeing about police officers telling people, ‘Give me your camera,’ or taking the data away, and that is unacceptable conduct”.

The bill will do so by entitling the photographer to a hefty sum of money, as described in the bill summary:

The bill considers “retaliation” as a threat, act of harassment or act of harm or injury upon a person or property. It also points out that the punishment set in this bill will not limit the district attorney’s authority to charge the officer with tampering with physical evidence or any other crime.

In an interview with 7 News Salazar had the following to say, with which I personally very much agree:

“That’s the way that we’ll get the attention of law enforcement. Leave people alone if they’re lawfully recording.

By and large it takes a special person to be a police officer, and we want to honor them. But at the same time we do have a few bad apples who need to be aware that their conduct now has major, major consequences to it”.

The Chiefs of Police Association in Colorado is obviously against this bill and a spokesperson said the $15,000 fine is “not an appropriate penalty”.

There’s still a long way to go before the bill becomes a law, and it is very likely that amendments will be made, but this is a great step in the right direction.

[via 7 news via PetaPixel | Lead Image by Rob!]

« Photographer Finds Underwater Camera After Three Months in the Ocean
Thought That 4K Monitors Were Too Much? LG Outs Apples Plans For An iMac 8K »