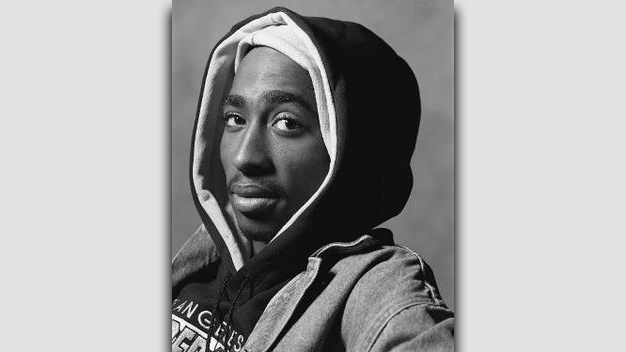 Chi Modu captured some of the most iconic photos of the 1990s hip-hop stars. The late photographer’s estate recently got in another legal battle, this time against Universal Music Group (UMG).

UMG allegedly used one of Modu’s iconic images of Tupac Shakur in a 2019 blog post. The estate claims that the copyright info was removed and they’re now suing UMG for copyright infringement.

The Estate of Chi Modu filed the lawsuit on 24 June with the US District Court for the Central District of California. According to the suit, UMG used the image in the blog post titled Best Tupac Songs: 26 Essential Tracks. At the moment of writing this, the article is illustrated with a photo from Getty Images. However, the attorney for the estate claims that it used Modu’s image while crediting Universal Music Archives instead of the photographer. The estate alleges that, by doing this, UMG profited off the use of the image. 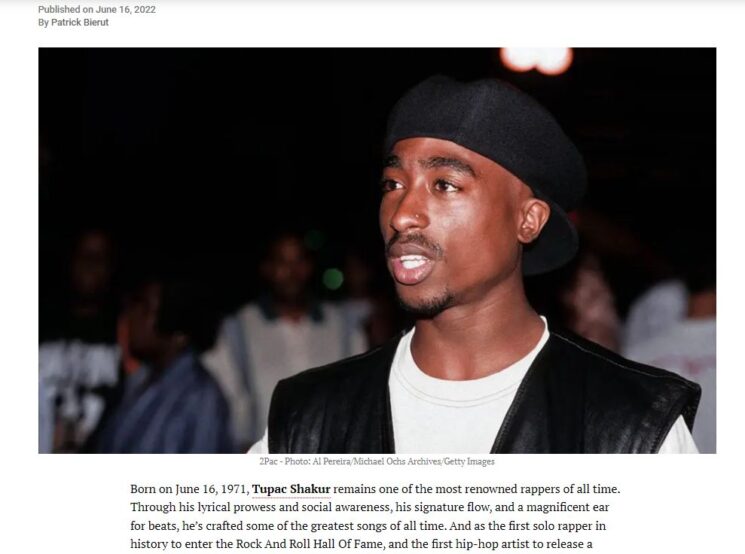 According to Billboard, the article was originally published on 16 June 2019, which would have been Tupac’s 48th birthday. But as you can see in the screenshot above, the current publication date is 16 June 2022. This indicates that the article has been updated, most likely every year on the same day. As Billboard notes, it indeed is the case the article has been republished on the same day for a few years, “with slight modifications.”

According to the lawsuit, the estate sent a cease and desist to UMG and its website on 9 February 2022, threatening a lawsuit. The attorney claims that UMG “failed to meaningfully respond.” So, the estate has sued UMG this month. They seek a jury trial, an award of all profits UMG has made from the image use, and all the court fees. In addition, they seek damages and for the photo to be removed. According to Billboard, damages only could reach up to $150,000 per violation.

“Chi Modu’s photography captured moments of profundity and grace,” Scott Burroughs, attorney for the estate, says in a statement. “While it does not surprise me that it would appeal to Universal, we are disappointed that the company did not reach out to the Estate to procure a license before exploiting Mr. Modu’s work on its commercial website. We look forward to addressing this infringement in court.”

Tupac Shakur is only one of many big names that posed for Chi Modu. He captured the essence of the 1990s hip hop music, with artists like Biggie Smalls, Snoop Dogg, Mary J. Blige, LL Cool J, and Dr. Dre in front of his lens. Other than taking some iconic photos, some of them ended up being album covers as well.

Let me remind you that this isn’t the first time Chi Modu’s estate has been in the middle of a legal battle this year. In fact, it’s the second one this month! Biggie Smalls estate sued Modu’s wife Sophia and a Swiss-based company Yes. Snowboards over using Chi Modu’s photo of Biggie on snowboards and NFTs.

« Five tips to improve your backlit portraits on location
I couldn’t find a weatherproof enclosure for a USB power bank on the Internet, so I made my own »