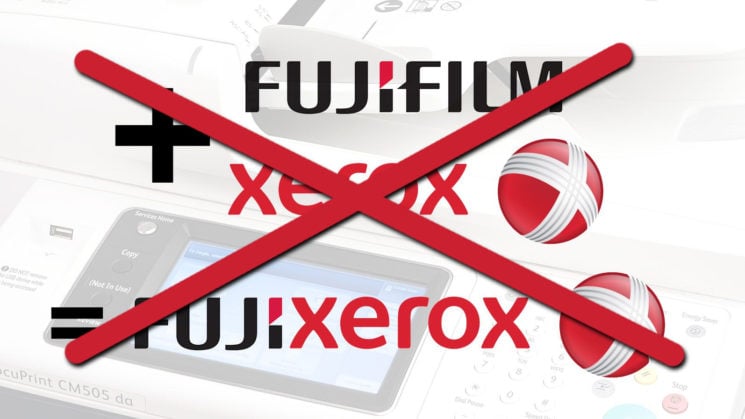 It was only February when it was announced that Fujifilm would be acquiring American-owned Xerox in a $6.1 billion deal. It seems that now, though, that deal is not going to happen, thanks to a couple of “activist investors”, reports the BBC. Carl Icahn and Darwin Deason own, between them, 15% of Xerox and had opposed the deal. They say it undervalued the company and trouble has been brewing ever since/

Six Xerox board members and CEO, Jeff Jacobson agreed to step down in a settlement deal reached just a couple of weeks ago. This caused a 3% drop in Xerox shares, following a court decision to temporarily halt the deal. Now, the BBC report that Xerox has officially ended the sale.

After the judge’s ruling which temporarily blocked the deal, Fuji film says that it plans to appeal and will file an objection against the Xerox settlement with key shareholders.

We have serious concerns about the announced settlement and we intend to file our objections with the Court shortly.

We believe the combination of Xerox and Fuji Xerox is the best option to provide exceptional value to shareholders of both companies.

The deal would’ve seen Fujifilm absorb Xerox into its collective, with a 50.1% share with the new company running under the name Fuji Xerox. This was said to help bring about a cost saving between the two companies of at least $1.7 billion by 2022, and a combined revenue of $18 billion. But this restructuring would have also resulted in 10,000 job losses at Fuji Xerox in the Asia Pacific region.

Now, there’s no telling what the future may hold for the two companies.