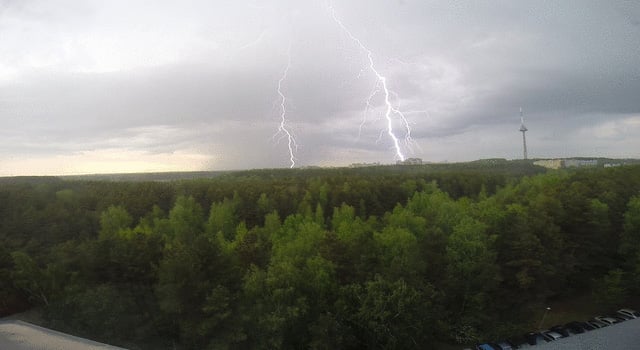 In the past, we’ve featured some great posts about making sure you capture those epic lightning strikes that frolic through the sky like hyperactive children – like this one. (It’s okay…I’ll wait while you check it out. Maybe grab some KFC on your way back?)

Photographer and photo-hacker (can we just shorten it to “phacker,” already?!) Saulius Lukse recently published a post detailing how, using a GoPro and Python script, you can not only capture a whole string of lightning strikes but isolate the individual frames as well.

The idea is to get a GoPro rolling at 1080p at 60 frames per second and let it go throughout a storm or series of strikes. The footage is then run through a Python script that automatically detects spikes in motion and provides a readout of the frames in question. The frames can then be isolated and compiled into a single image, converted to an animated GIF, or simply plucked from the video and used natively.

Check out the full post, complete with Python script (to make your ambitious life that much easier) here:

Everything you need to know to capture epic photos of lightning