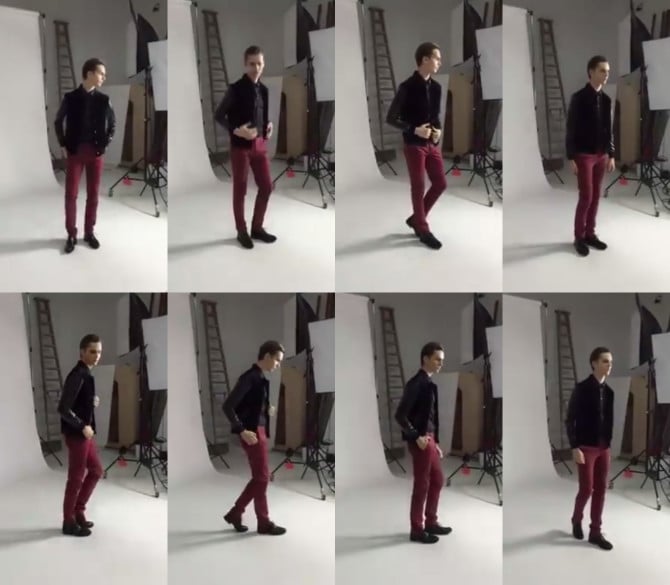 When Madonna  sang Strike A Pose, she probably did not image a model that can strike 25 poses over 30 seconds. Vogue would have been quite a ridiculous song if she had to go that fast.

But the model that Sick Chirpse got on video take is able to change poses faster than the strobes recycle, and this is about 1 pose second. (+ a little dance between poses)

While congratulating the quick change of pose, some commenters were disappointed with the lack of expression with the model’s face.

Apparently the video has been uploaded multiple times and the accumulated likes are well within 10s of millions, but it also makes it quite hard to learn the source of this video. If you know who this is, drop us a note in the comments.

Let me leave you with this:

Watch this model show off 30 poses in 15 seconds

« How To Automate Your Backup With NAS, Dropbox, Gdrive, OneDrive And Many Others
A 22 Years Old Photographer Delicately Documents Asia For 5 Months »