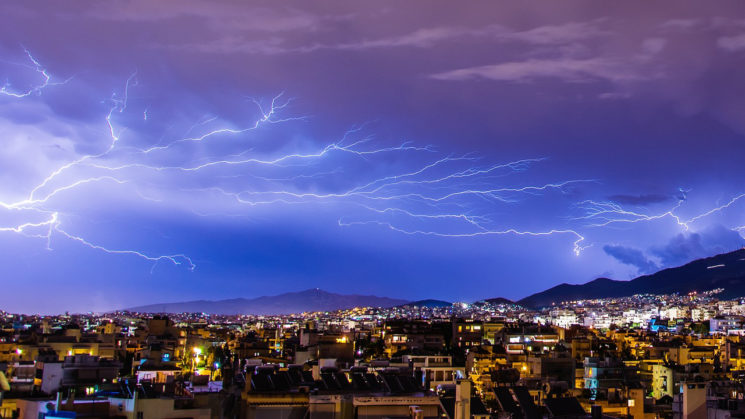 Nothing beats the smell and feel of a heavy summer rain. Well, okay, maybe only the epic lightning that sometimes follows it. If you want to capture the photos of that nature’s light show, Hank Schyma has some pro tips to share with you. In this video, he’ll give you some tips and tricks how to make amazing photos and videos of lightning and make it as awe-inspiring in your work as it is in real life. Or maybe even more.

Shooting thunderstorms usually requires longer exposures, ranging from a few seconds to even a few minutes. Because of this, you’ll need to fix your camera on a tripod. Make sure to use a sturdy one, because thunderstorms often happen in windy weather. To further avoid motion blur, use a cable release or a remote to trigger your camera.

First of all, set your focus to manual. It’s dark outside, and your autofocus might not be as fast and accurate as usual.

ISO: generally speaking, the lower the ISO, the better. Lower ISO value creates less noise, so the ISO 100 is a good setting to begin with.

Aperture: start off around f/8. If the branches of the lightning aren’t visible, open it up little by little. If your aperture is fully opened and still no branches visible, then crank up the ISO.

Shutter speed: if it’s pitch black outside, you can leave the shutter open for 10, 20 seconds, or even more. Each lightning that strikes in your camera’s field of view during that time will be recorded. Keep in mind that the longer you leave the shutter open, the more noise will appear in the shot, so monitor what your camera’s capable of. Still, you can remove some of that noise in Lightroom.

Hank suggests that sunset is a great time to take lightning photos. The colors of the “magic hour” interact wonderfully with the flashes of lightning and clouds. Since there’s still some light at this part of the day, you can only keep the shutter open for a few seconds so your shots aren’t overexposed. In this case, instead of using Bulb mode, set the shutter to a predetermined value so your shots will have a consistent exposure.

Okay, now lock the camera on your tripod, choose your settings and take a test shot. Tweak the settings if necessary and shoot away. As it gets darker, you can increase the shutter speed.

if you want to capture a digital photo with multiple discharges, a very long exposure can leave your photos washed out or overexposed. So, try stacking. After shooting a series of photos, go through your files and choose those with good, contrasty strikes. Open them in Photoshop and drag layers on top of each other. Blend them together using the Screen or Lighten blending mode.

Many cameras have a built-in intervalometer. You can set your camera to capture a series of automatic photos while you take a rest. If you’re afraid that you’re gonna miss something, you can just go ahead and take every shot on your own (Hank admits that’s what he prefers).

If you’ve shot hundreds of images with the camera locked in the same position, you can turn them into a timelapse.

If you shot a video of lightning, you can go through it frame by frame and see if some of these frames can be turned into a photo. In Adobe Premiere Pro, all you have to do when you find the perfect frame is go to the camera icon and click “Save.”

When filming the lightning, the rolling shutter can create the effect called “partial exposures.” 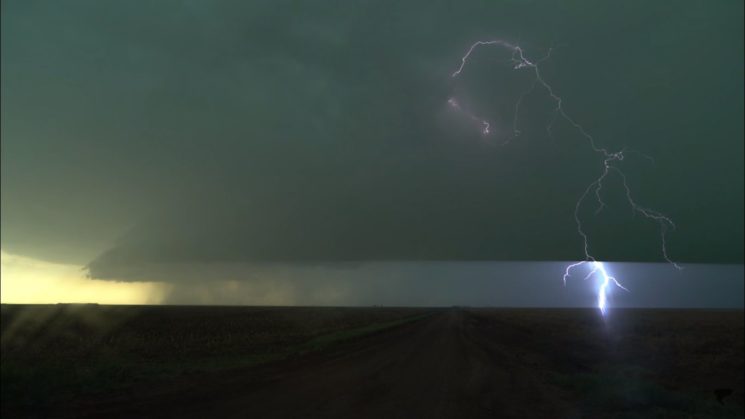 This is especially obvious with negative discharges, while the positive and anvil crawler lightning exist somewhat longer so they’re easier to capture by a rolling shutter. Hank suggests you set the shutter speed to be the same as the frame rate and hope for the best.

Another option is to invest in a camera with a global shutter.  It scans a snapshot of the entire scene all at once, so there are no partial exposures. But there’s a catch: you’ll likely spend thousands of dollars at such camera, and the global shutter technology is not the best choice for shooting in low light.

Luckily, today we have smartphone apps for everything. They can help us with the forecast, too, which makes it easier to find the ideal storm to shoot. Still, keep in mind that it can take a lot of storm chasing and trial and error before you capture the perfect storm. But once you start, you might get hooked.

[How to Photograph Lightning – Tutorial & Pro Tips 4K via FStoppers]

New Zealand’s Hobbit Safety Video Shows Everything Can Be Epic

« Samsung is bringing cheap 4TB SSD drives to the masses
They tell you “art doesn’t pay.” This is why they’re wrong »