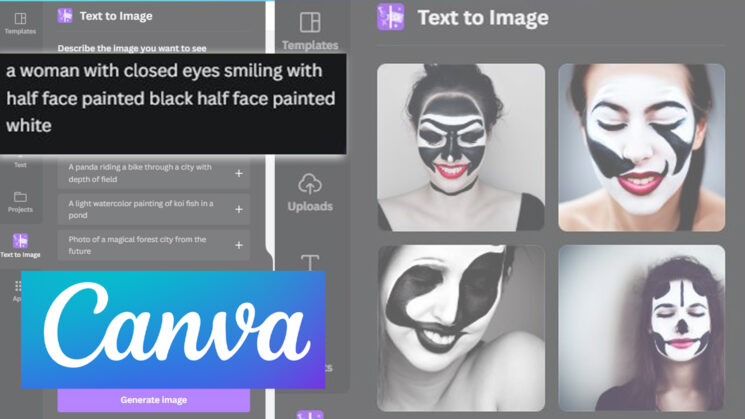 Text-to-image generators are becoming increasingly popular and integrated into more and more apps. And now it’s Canva’s turn. From now on, you can use the text-to-image feature straight in the editor while designing your creations. And you don’t even need a paid account for it, as it’s available to all users.

The company began testing the feature back in September. The beta version is now out, and it’s available to Canva’s over 100 million users. Relying on the text-to-image model Stable Diffusion, Canva added a few tweaks, safety filters, and a custom UI before launching its own tool.

While the paid version of Canva gives you some extra features and hundreds of additional resources, the text-to-image generator is available even to free users. And you get to create 100 AI images a day with the tool, I’d say that’s more than enough.

How does Canva text-to-image work?

Like Canva itself, using its text-to-image generator is pretty simple. Load up the feature and you’ll see a box where you’re supposed to describe the image you want to create. There are a few example prompts to inspire you. You can choose between six styles of your final image: photo, drawing, 3D, painting, pattern, and concept art, plus the “surprise me” feature.

Once you write your prompts, Canva will generate a grid of four images you can choose from. You can add any of them to your design and use them as you please. You can even create mockups from Canva’s templates, just like you’d do with any other image. Since the tool is still being perfected, you can report and resulting image if it contains violence, nudity, hate speech, and “biased and/or stereotypical” content. 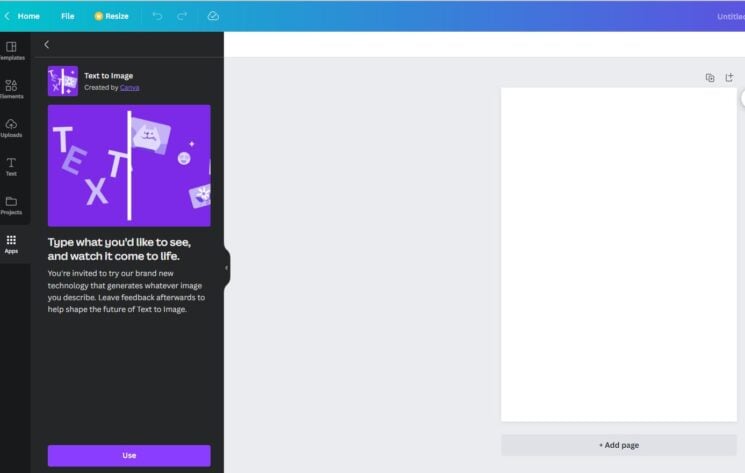 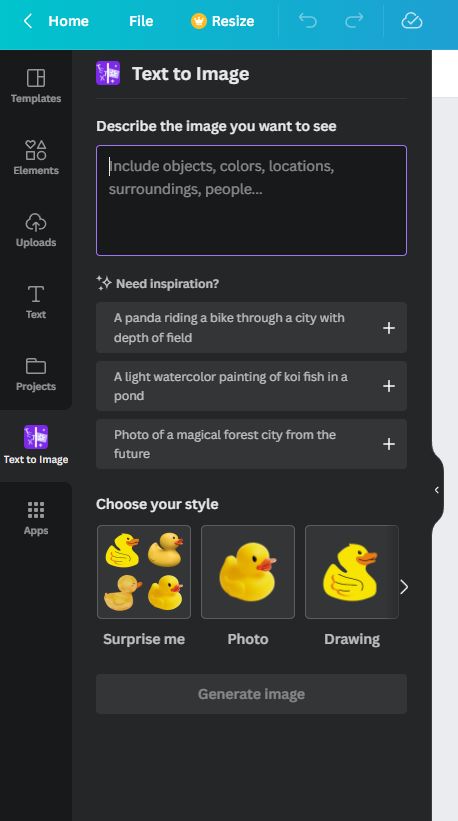 Finally, I wanted to show you some examples after playing with the tool for a bit. First I used the prompt “a woman with closed eyes with half face painted black half face painted white,” and selected “photo” as the style I wanted. Canva did a pretty good job here! 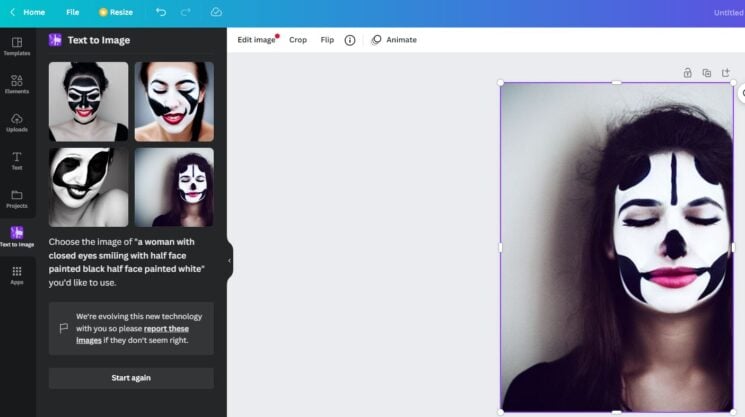 Next, I tried something a bit more surreal, but again as a photo. “A black poodle riding a bicycle in the street during sunset.” These images turned out pretty weird (weirder that the prompt itself), but I still had some fun creating a mockup with one of them. 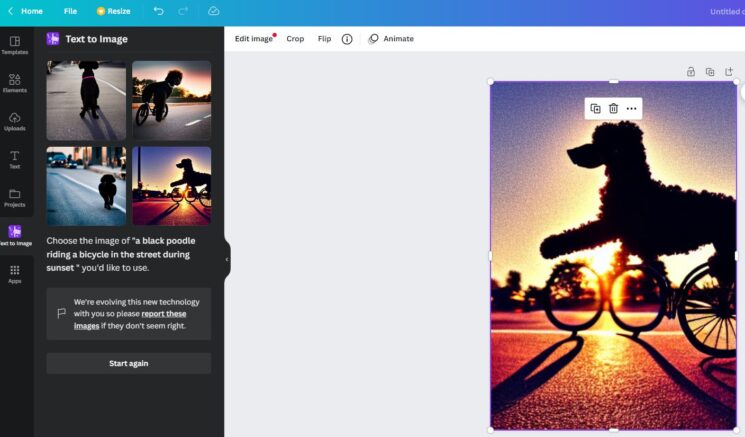 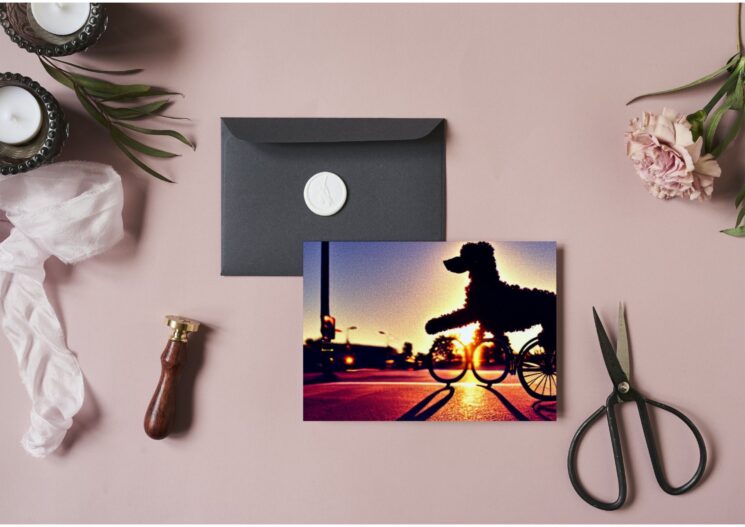 Finally, I let Canva surprise me with images of a “magical forest in the night with fireflies twinkling around tree trunks.” It was a pleasant surprise. 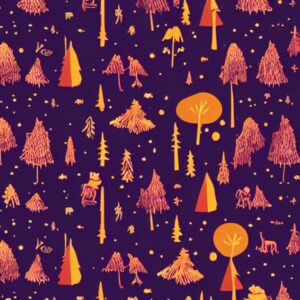 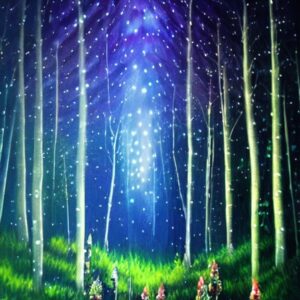 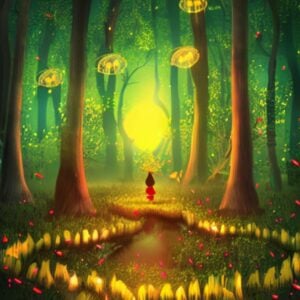 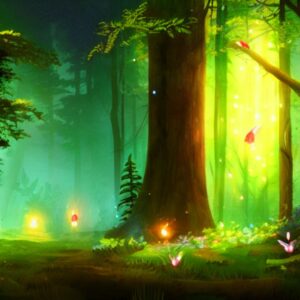 Speaking with The Verge, Canva’s co-founder and chief product officer Cameron Adams said that the new tool is “very much a learning experience for our community.” He added that the company is “keen to get this technology in front of them because it’s an emergent field, and the exact way it works and how customers will interact with it is still being developed.”

Even though I slightly prefer Adobe Express, I also use Canva for some quick creations. I love to make my own birthday and Christmas cards and all kinds of cheeky gift “coupons” for friends, and Canva is perfect for things like that. Adams says that one of his favorite applications of the text-to-image tool is when students use it to visualize their stories. “They’ll write up a story in English class and use text-to-image to generate an image that matches that story,” Adams says. “We’ve also seen it used for images in presentations, on flyers, and on T-shirts, which they can print through Canva.” Since I’m not to inspired to make Christmas cards by hand this year, I might play with Canva’s text-to-image tool this year. Yu get an AI card, and you get and AI card, everybody gets an AI card! What will you use it for?