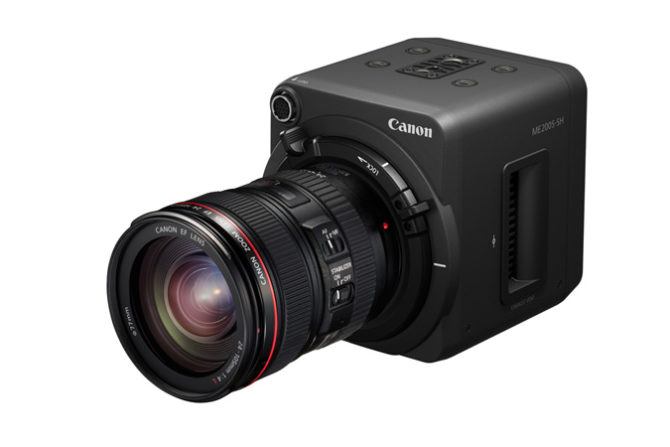 While offering similar specs to their C100 Mark II camera, including a full frame 35mm sized sensor, the ME200S-SH strips out many features such as the LCD, viewfinder, and memory card slot, in order to save in space and weight. 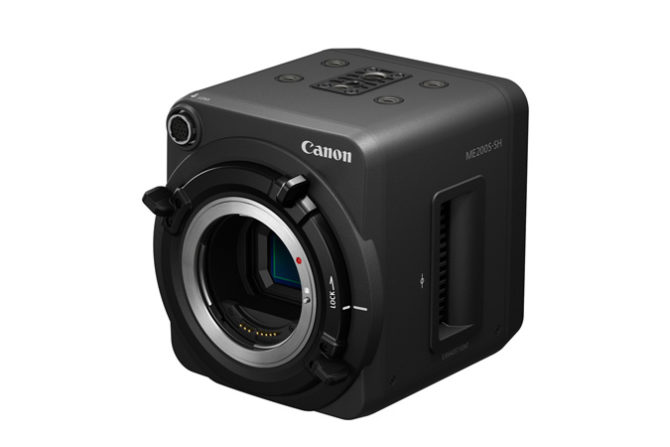 Instead of these, the ME200S-SH offers SDI and HDMI outputs for recording to an external device like an Atomos Ninja, however in a world that seems ever driven by 4K devices, for some reason this shoots and outputs only 1080p at up to 60fps. 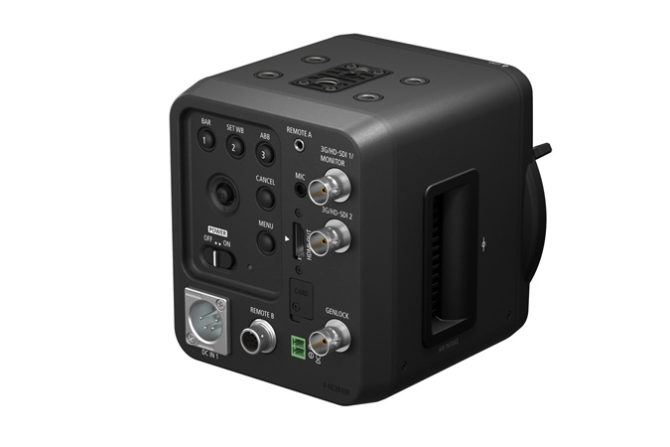 The camera features built in ND filters allowing you to more easily control exposure without having to fiddle around with external filters on the end of your lens, and has an EF mount allowing the use of EF, EF-S and Canon Cinema lenses.

The camera houses an 8.29 megapixel sensor that’s very sensitive in low light, offering up to the equivalent of approximately ISO 204,800, making it a more than capable low light video camera and an increase of about 2 stops over the C100 Mark II.

On the back of the unit, we see a very minimalist set of controls and I/O ports, with a joystick & buttons presumably to control a menu shown through an external monitor or EVF. 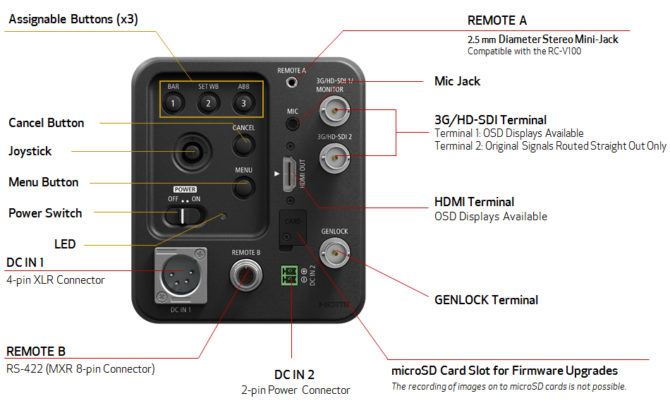 The camera can be remotely controlled via the Canon RC-V100 Remote Controller, which would make it ideally suited to wildlife documentary situations when you want to avoid disturbing your subjects, or sports footage where sitting by the camera can sometimes be quite risky.

That being said, and I don’t know about you, but to me this seems like an entirely underwhelming release from Canon.

While the cost benefits are a huge benefit when compared to something like the Alexa Mini, the lack of 4K (even if you ultimately sample down to 1080p for the final output) seems to make this a bit behind the times given the other systems available or announced recently.  Even as a b-roll camera, it still seems to me that there are far better options out there.

The lack of any method of recording footage in-camera to either SD, CF or XQD also seems like something of an oversight.  Given that the purpose for stripping everything out was supposedly to save weight, it comes in at around 1100g, if the current specs are correct, far more than something like the 5D Mark III (950g), and only a hair under the C100 Mark II (1125g).

What do you think? Another body just for the sake of releasing another body?  Or can you still see a use for this given its price and the alternatives that are available?

« How to shoot super detailed macro photographs with the help of an Arduino and a bunch of LEDs
Zeiss unveils an 18mm f/2.8 Batis lens, the third in its E-mount lineup »