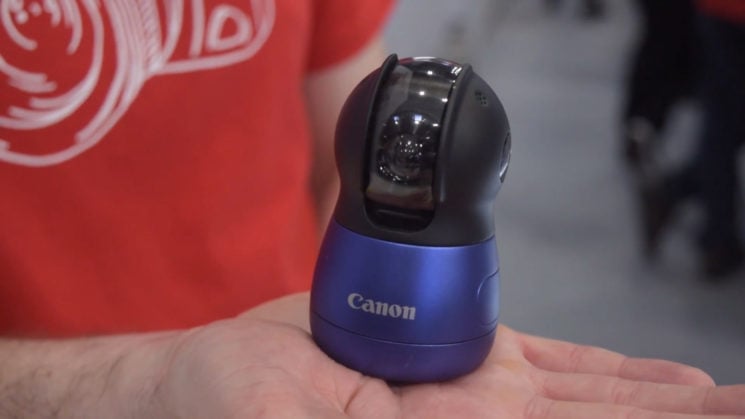 I’m not the type of person to sit on the edge of my seat waiting for companies to announce new things all that often, but this one has got me a little bit excited. Cast your mind back to 2018. Canon was at The Photography Show showing off some cool new concept camera prototypes. One of them was a little AI-powered camera that would track and follow its target.

Now, according to Canon Rumors, that camera is actually going to be hitting the market real soon. It’s essentially an automated camera that responds to voice commands and features automatic subject recognition and tracking to let it keep up with its moving subject.

While there isn’t any new information from Canon regarding the camera, back in 2018 they told us that the machine learning system inside the camera will actively look for and follow subjects and it can even recognise individual people. It also hears their voice through the built-in microphone. At the time, this was great if you wanted to take it along to a party and have it document just your adventures through the evening. This year, though, that’s not such a useful feature – yet.

The other big potential benefit of a camera like this is for live streaming (and lately, video conferencing) if it can output a regular USB webcam signal. If you’re moving around in front of the camera during a stream or video conference, then having it be able to track you, rather than having to go super-wide-angle and just make sure you stay within the field of view, is a very valuable feature.

There’s no news on when Canon might make an official announcement, although CR says “quite soon”. Obviously, though, they don’t have a specific date. There’s also no word on a price yet, either. Given its intended use cases, though, I expect (or at least, I’d hope) it will be fairly reasonable. And if computers can see it as a regular USB webcam, I think I might have to get one.