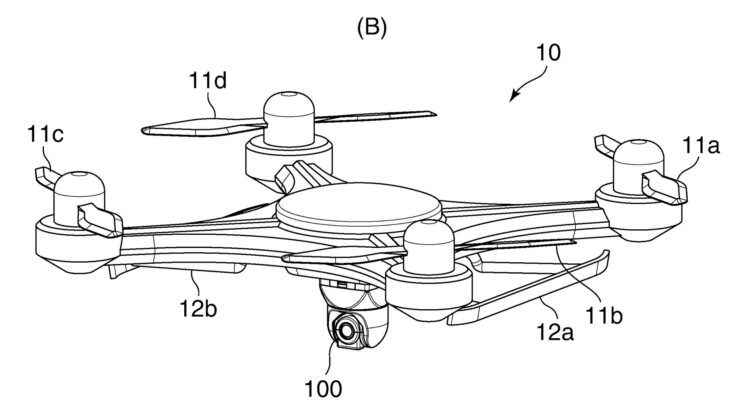 Canon isn’t a name we normally associate with drones, but a new drone gimbal camera patent suggests they might be starting to try to take on the consumer drone market. If they are planning to tackle the likes of DJI and Autel, Canon does have some experience with drones. This isn’t their first one, having released the PD6E2000-AW-CJ1 drone (doesn’t that name just roll right off the tongue?) back in 2017.

But that 2017 drone wasn’t focused towards general consumers or even higher-end working photographers and filmmakers at all. That $20,000 drone (along with the $20,000 camera you need to bolt onto it) was designed specifically for activities like search and rescue. This new patent, though, looks like they might be targeting the consumer market.

The patent only really focuses on the gimbal camera rather than the drone itself, showing two different configurations. The first is the illustration at the top of this image and the next image below. If they look a little different from each other, that’s because it appears to have retractable landing gear, so that once you’re up in the air, it moves out of the way of the camera, allowing for a full 360° field of view. 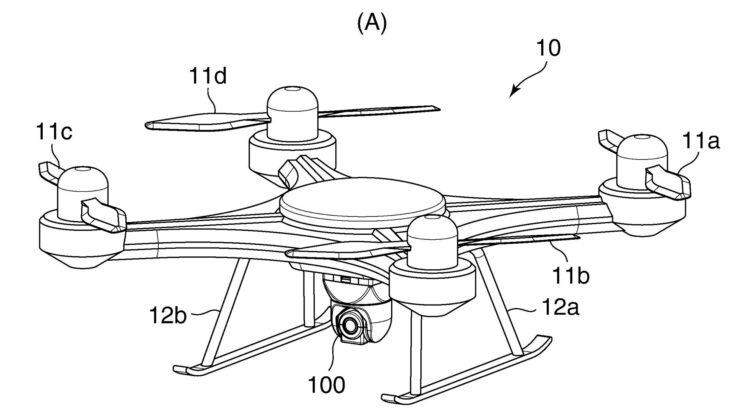 The camera mounted below looks an awful lot like those AI tracking prototypes we saw at The Photography Show in 2019 – which has since been released in Japan as the “PowerShot Pick“. So it’s possible that the camera is some variation on that design altered specifically for aerial flight. If it is, at least we know the tracking on it should be pretty good. And with the retractable landing gear, it’ll be able to shoot at pretty much any angle around it without having to worry about legs or props getting in the way.

Another configuration in the patent shows a more traditional 3-axis action camera gimbal for comparison. This is the setup most of us used a few years ago before DJI and other companies started integrating cameras into their drones around about the time of the Phantom 3. 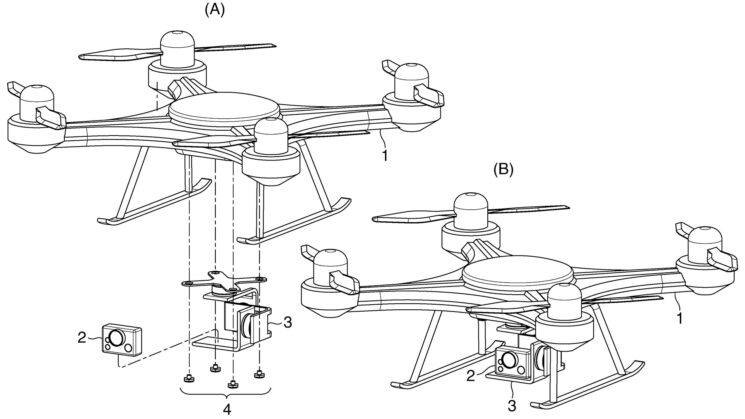 Of course, as always, a patent doesn’t necessarily mean that a product is on the way. But the last time we saw a Canon drone-related patent, they did eventually release one. So, maybe this is something we’ll see come to reality, too. Whether or not Canon is ultimately planning to build the drone as well is unknown, but seeing another company step up to potentially challenge DJI’s dominance will make for some exciting competition!