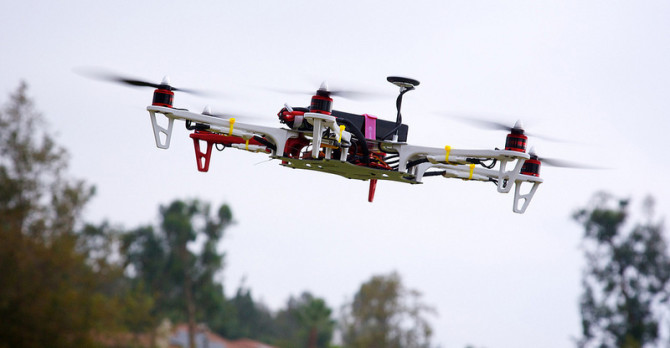 Drones.  Some love ’em; some hate ’em.  We simply report on them.

According to reports circulating around the web, Canon may be the next big player to announce its contendership in the great drone race based a patent filed with Japanese Patent Office.  While details are very limited at this time, Canon has apparently filed a patent for some form of drone-related technology, making them the first of the major camera companies to take such a step.

According to patent number 2015-106840, which was just published on June 8th, the technology has more to do with drone positioning and location than an actual drone itself at this time.  The information listed in the patent filing includes:

Pretty vague, we know, but so was God’s command of, “Let there be light”…and next thing you know we have Luke Skywalker with a lightsaber.  While this is not a definitive commitment by Canon to bring UAV technology into every home in America, it is an interesting move that will probably see other manufacturers following suit.

What I’m really anticipating is the epic dogfight between Canon and Nikon, lobbing new mirrorless cameras while zipping about and shooting each other with mini laser canons to establish superiority of the skies.

Nikon files a patent for finger sensor that reads your emotions

Drone Wars: Sprite Vs. Lily. Which Is The Better Camera Drone