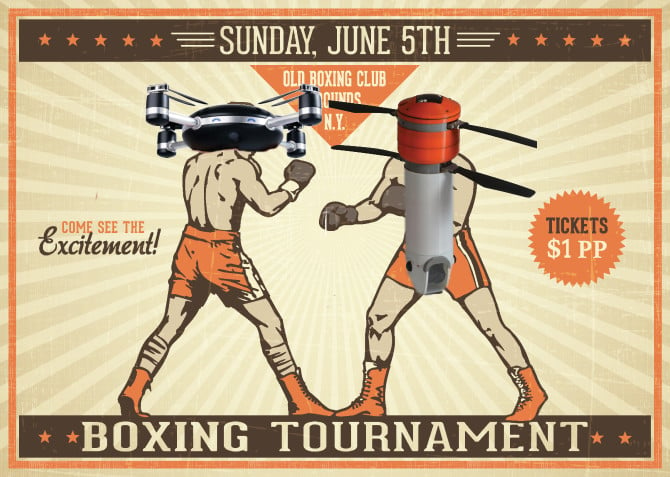 It has only been 10 days since Lily came to the world a blazing and already there is has a challenger on the market. Introducing Sprite, which claims to be the world’s most portable and rugged unmanned aerial vehicle.

The two projects could not be more different, yet they address the same market: Autonomous (or Semi-Autonomous) camera drones.

In the red corner we have Lily – A small autonomous UAV that will track you and provide stellar footage.

In the blue corner: Sprite – A small autonomous UAV that will track you and provide stellar footage.

Let’s look at some of the major differences both project-wise and device wise. 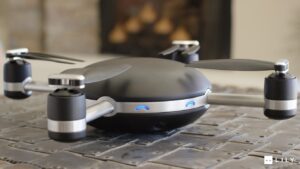 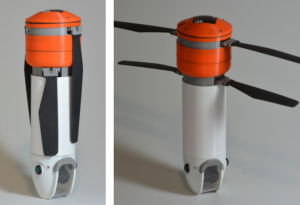 Lily is has a traditional form factor – an X shaped drone with a motor on each end. The arms fold back for convenient placement in you backpack. Design is one of the slickest I’ve seen and is very personable.

Sprite has a pretty innovative form factor. It looks like a coca-cola 2 littler bottle. It has two big rotors that spin in opposite directions to provide stability. I have to say that this is a bold decision. It is the first time we are seeing this form factor in a drone. It gets many points on easy carrying, but they will also have to prove the concept. I am concerned with the slang body moving too much to provide stable footage. Time will tell if the team overcomes this issue. The kickstarter page has very little footage to support either way. 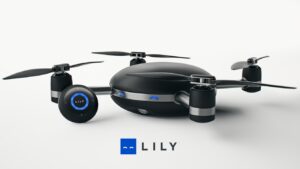 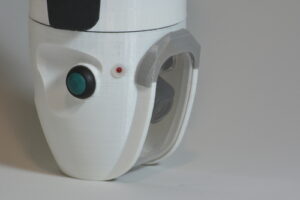 You already know Lily’s camera specs, they use the Sony iMX 117 chip (same one in the black GoPro Hero Plus). They use a wider lens though. But you know what the movies will look like. 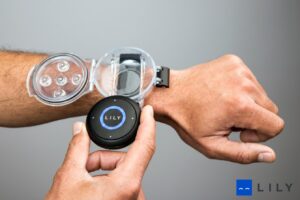 Lily is pretty simple – throw it in the air – it will track you. You control angle and subject to drone distance. There is something compelling about the simplicity of this control style, but it is somewhat limited. An app is said to be coming out soon, but we have yet to see it.

Sprite is a control freak’s dream – it uses an app to set way-points and have granular control over the action at each way-point. It actually uses off the shelf control solutions, which is always a good thing. According to the KS, they will support: Mission Planner, DroidPlanner™ and the new Tower™ flight control software. These features include Waypoint navigation, follow me, circle, return-to-home and structure scanning.

I assume follow-me will be for the Android control device, as I did not see a dedicated device for that.

Sprite also supports First person view. If this is how you like to fly, this is a winning point.

One of the most critical factors is flight time. Let’s look at the batteries:

Lili has a Built-in Lithium-Ion Battery which supports 20 min of flight time after a 2-hour charge.

Sprite supports an approximately 10-12 minutes of flight time on their 11.1v LiPo battery, but you can change batteries so you can have 3-4 of them. 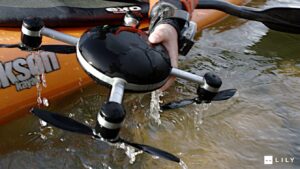 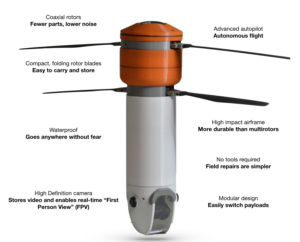 Both UAV’s claim to be rugged and waterproof.

We did see Lily emerge from water and operate. So it definitely supplied the needed proof in the pudding.

Sprite claims being waterproof in some locations, and water resistant airframe in others. It is not clear if it will survive a submissive test. We are awaiting a filmed proof.

Lily is a solid unit, you can replace a motor if it breaks, but this is about it. For anything else you would have to send Lily for service.

Sprite is more modular in that sense and aside the fact that you can change batteries, each element is separate and I assume servicing the unit will be easier. 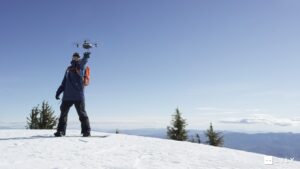 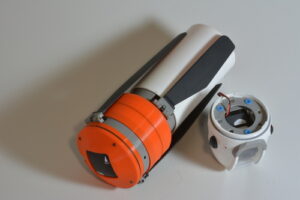 This one will have crucial impact on footage quality and the two companies have taken different approaches:

Sprite uses a 2-axis stabilized gimbal for the camera. So with this one I am less concerned about shares and vibration, and more about the way that the drone moves in the air. The bottom (at least in the video) has a tendency to rock when the drone changes speed or direction. 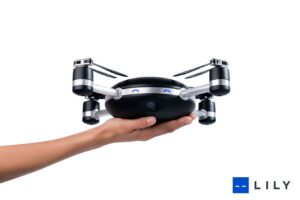 Plans to include imaging based Obstacle avoidance for Lily.

Lily is self funded and a venture investment of 1 million dollars. They are raising more money via pre-sales. Your purchase is a real purchase. The delivery time is something that the team at Lily will have to stand behind.

Sprite is going kickstarter route. One interesting thing is that their call for action is Pre-Order Now On Kickstarter. But kickstarter does not support pre-sales only project backing. So as we know from precious ambitious projects, both delivery schedule, and even delivery are not guaranteed.

Sprite lowest full pledge is $799 and is estimated to deliver in December 2015.

Which one is your favorite?

Lily Is a Camera Drone That Wants to Make Shooting Fun