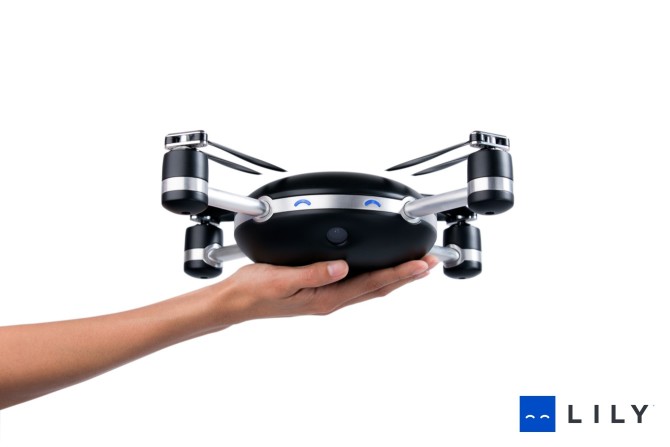 At the latest NAB we saw a big surge of Camera Drone interest. (it was sliders three years ago, Jibs two years, Gibmbals last year and now Drones). Most of the drones (or drone upgrades) introduced were focused on providing a smooth run or more range. Lily is a new players and it is focused on making it FUN.

Lily is a camera drone aimed at extreme sports enthusiasts and as such it features some innovative features. 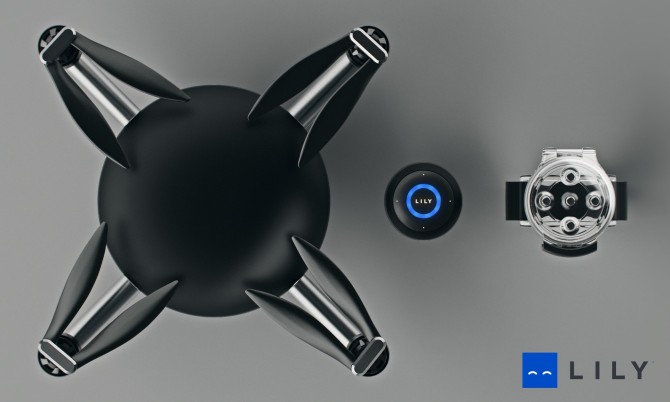 I am saying dry specs, though Lily is has an IP67 water proof design, which means that it will not get killed if it takes a little dip.

Video is kept on internal 4 gigs memory or an an external card in compressed H.264 format.

Hers is an interesting, the camera does not feature a gimbal. Some of the stabilizing is done with the drones motors – the camera is internal and the computer knows all about the shape, use and center of gravity – and some is done digitally in a similar way to the way Instagram does their hyperlapse ‘stabilization’.

Generally, Lily does not have a dedicated RC remote like, say the DJI Phantoms, there is the arm band and the app. And as many other drones, they create their own hotspot to communicate.

Not sure if this is a dry spec feature, but Lily is cute! 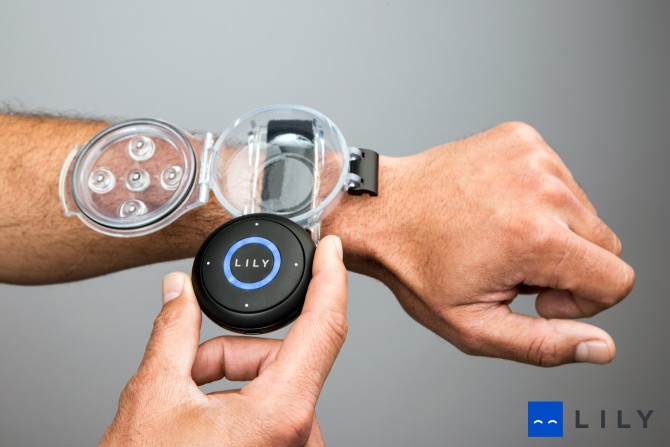 For me it felt as if Lily is going the way of Apple, making only the necessary controls to keep the design clean, and admittedly, their controls are simple and clever.

Generally, the drone is controlled via a waterproof arm band, so the person holding the arm band is the person controlling Lily, and lily will follow that person (thing AirDog style). There are only three controls to Lily: One button lunches or lands the drone. Two left/right buttons control the angle in relation to the operator and two up/down buttons control the distance from the operator.

While these controls may not be optimal for a production crew, the simplicity makes perfect sense if one needs to control the drone while on a Kayak or a motorcycle.

The tracking module also has a built in microphone which you can use to record audio which will be synched in the final video.

You can also tell Lily to follow, loop (or spiral) around a subject, or a set of other filming tricks, though it is not clear yet how this is done with the limited controls, and you would have to use the app for this.

You can see a We worked with Lily to make this video demo (it is not polished and they used a low res camera instead of the camera in the final product, but it’s 100% real)

One thing I asked the Lily team was does Lily have any collision avoidance mechanism. There were two interesting feedbacks: 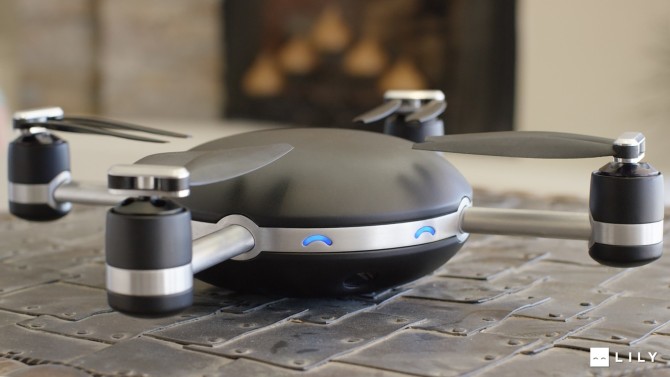 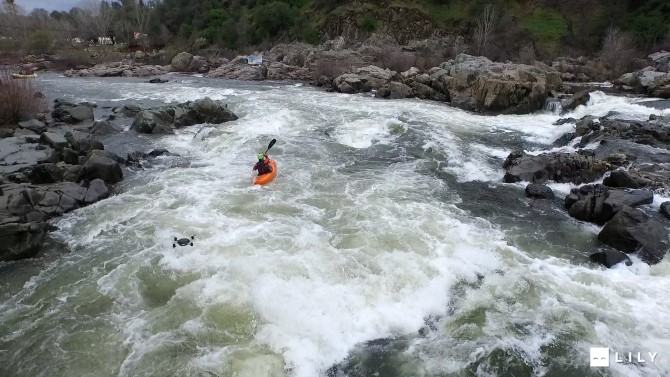 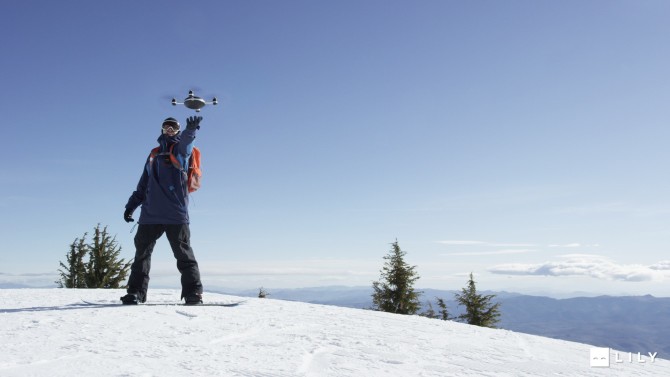 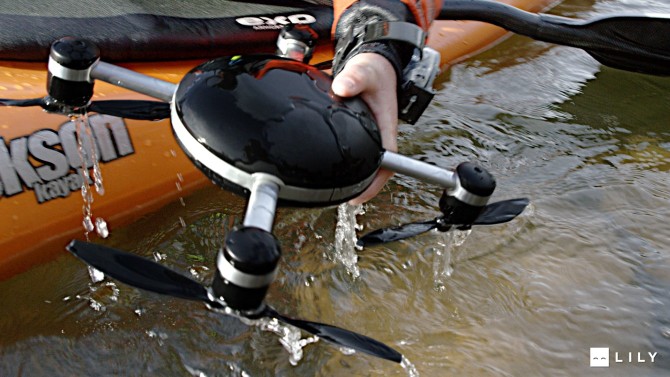 Lily is aiming at a short round of pre-sales (starting today and ending in 29 days) and then ship at Feb 2016. During the pre sale the unit will cost $499 and then the price goes up to $999.

Drone Wars: Sprite Vs. Lily. Which Is The Better Camera Drone