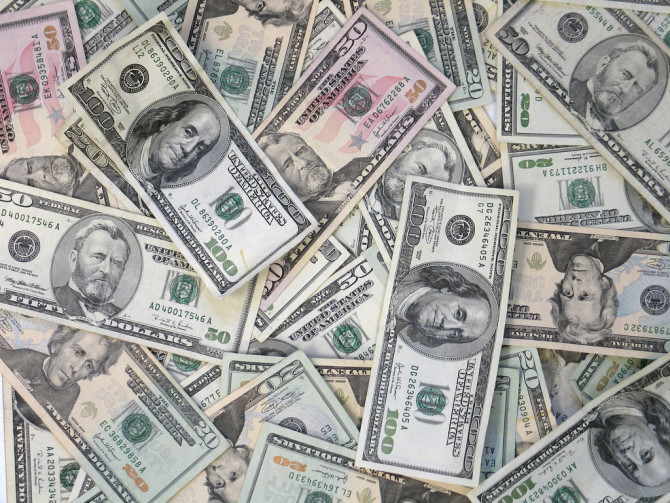 If you were to take a screen shot of someone’s Instagram account and try selling it, two things would happen. The first is that you’d be told you’re violating the copyright of the photographer whose photo you’re selling, and secondly you’d be laughed at. Extensively.

It turns out, though, that if you’re famous enough you can take such a screen shot and not only bypass copyright but also make a fortune doing so.

The secret: slap some text on it.

Richard Prince has been using this method and some of his “artwork” is said to have been sold for $100,000.

This form of lazy “art” becomes even more infuriating when you realize that in addition to selling (if you’d say stealing, I’m not sure I’d disagree) photos that do not belong to him and without the knowledge or consent of the owners, Prince also removed the accompanying captions.

As Pidgin Doll stated on their Facebook page, regarding a photo where a person dressed as her doll and was photographed alongside it, “unfortunately the caption, credits, and context have been extracted and neither of us alerted to this image being used in this way”.

Below is one of the photos Prince sold as his own on which Prince based one of his pieces:

In order to turn the photo into his own work, Prince removed the caption and added a comment beneath existing comments stating “No Cure, No Pay…” and inserted an emoji.

The owner of the photo, Doe Deere, uploaded a photo of Prince’s “inspired” work with the following message:

“Figured I might as well post this since everyone is texting me. Yes, my portrait is currently displayed at the Frieze Gallery in NYC. Yes, it’s just a screenshot (not a painting). No, I did not give my permission and yes, the controversial artist Richard Prince put it up anyway. It’s already sold ($90K I’ve been told) during the VIP preview. No, I’m not gonna go after him. And nope, I have no idea who ended up with it!”

That’s right; he sold her photo for as much as $90,000 without Deere’s knowledge, consent or offering her any kind of compensation.

I’m not sure who would buy such a print and why on Earth they’d pay so much money for it, but I guess that’s a whole other discussion.

Prince has been ‘rephotographing’ since 1975, and has been taken to court in the past after a French photographer claimed 35 of his images were lifted by the lazy “artist”.

In 2011 a US District judge ruled against Prince and the Gagosian Gallery, which displayed the photos, stating that Prince’s use of the images did not fall under fair use. A US Court of Appeals, however, mostly reversed the ruling two years later, stating that the majority of the works were transformative while a lower court was to review the other works.

A settlement was finally reached in 2014, leaving the legality of Prince’s work and the legal steps available to those such as Doe Deere uncertain.

Perhaps this was the reason why Prince’s exhibition of the Instagram photos was originally displayed in the closed-off VIP section of the Gagosian Gallery, with no public exhibitions announced.

According to the New York Post the works with his comments, which are “sometimes just emojis”, included photos from the feeds of celebrities such as Pamela Anderson and Kate Moss, and sold for up to $100,000.

Prince is obviously not hiding his exhibition any longer as it was just displayed at Frieze Week, New York’s second annual art fair week, and as stated above, his work (and I use both terms loosely) were a financial success.

But, while the courts might not have offered a decisive opinion on Prince’s methods, others were more outspoken regarding his 65” by 48” canvas prints.

In an article titled “Richard Prince Sucks”, Paddy Johnson of artnet news wrote about Prince’s exhibition and stated that “the most remarkable feature of the show is that the printouts are reflected perfectly in Gagosian’s shiny floor. Thin offerings for anyone who is in possession of a brain”.

Johnson also mentioned that the New Yorker’s Peter Schjeldahl wrote about the exhibition and summed it up saying it made him wish he were dead.

Other critics have taken to Twitter, with the comments below being just a fraction of the tweets sent to Prince:

“In case you haven’t figured it out by the swarm of comments, taking someone’s Instagram photo enlarging it and slapping it on some canvas is not “Modern Art””

For your reading pleasure, I’m sharing a couple of tweets with additional comments:

Fan mail from some flounders? Naw. Just more Burl Ives the fuck out of my face shit. pic.twitter.com/8NCLCYoBGe

“Comments” on my New Portraits” at Frieze this past weekend. Also just heard from Bill Bailey. He’s not coming home. pic.twitter.com/ttagdJLDFa — Richard Prince (@RichardPrince4) May 18, 2015

Gagosian Gallery, on the other hand, describe Prince quite differently in his artist bio:

“Mining images from mass media, advertising and entertainment since the late seventies, Prince has redefined the concepts of authorship, ownership, and aura.”

Gagosian Gallery, you say that like it’s a good thing? Mostly, I’d say he redefined the limit of how one can take another person’s work and sell it off as his own. Anyway, the bio goes on:

“Applying his understanding of the complex transactions of representation to the making of art, he evolved a unique signature filled with echoes of other signatures yet that is unquestionably his own.”

Umm… Judging by the comments above, I’m not so sure about the “unquestionably his own” part…

I agree that some level of insipration and “borrowing” should be allowed, but there needs to be a line somewhere.

I’m no legal expert, and definitely not an art connoisseur, but it seems to me that Richard Prince is so far past that line that he’s closer to it from the other side.

Another issue is the fact that these prints are selling for ridiculous amounts of money. It’s one thing to justify lifting a bunch of photos belonging to other people “in the name of art”, but it’s a whole nother thing to make millions off of it.

We’ve approached the Gagosian Gallery for a response and will update as soon as we hear from them.

[via Pidgin Doll | Lead Image: Tracy O | Thanks for the tip, Simon!]