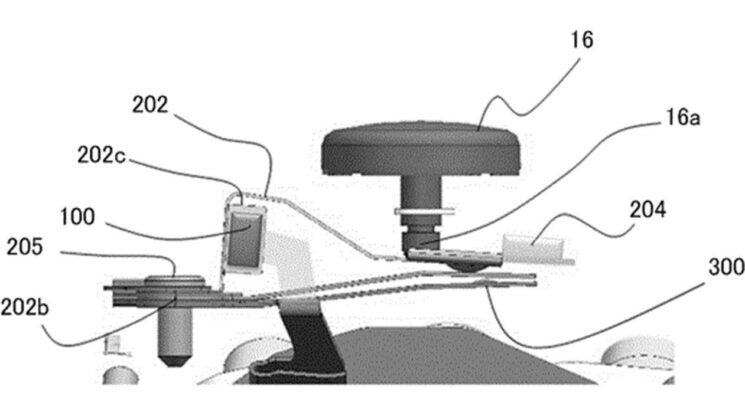 I’m quite surprised that it’s taken this long for something like this to appear. Even just in patent form, it’s taken quite a while. To have not seen it in an interchangeable lens camera yet has always struck me as a little odd given the prevalence of this feature in smartphones and countless other devices – especially given the need for silent shooting in many genres, like weddings and events.

Still, Canon has patented (Japanese Patent #2023009356) a vibrating shutter button. It provides haptic feedback, vibrating to let you know when you’ve locked focus on a subject. In all other respects, it’s a perfectly normal shutter. When you half-press it, though, and it nails focus, you get physical feedback, letting you disable your audible confirmation and still be sure your subject’s in focus. 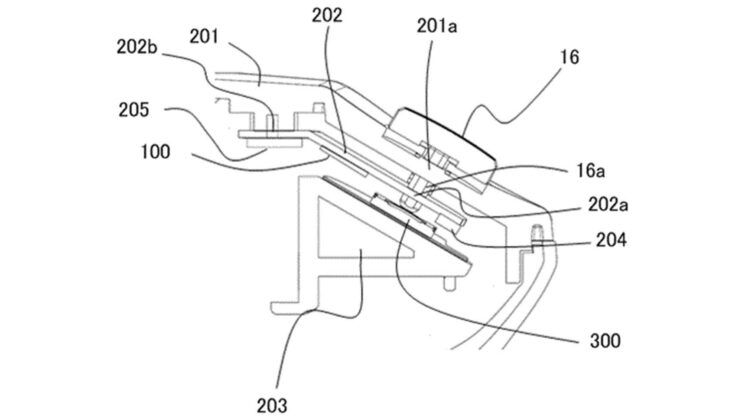 The (Google-translated) summary reads as follows:

[Problem] To provide an optical device capable of increasing vibration transmitted to a release button with an inexpensive and compact configuration.

Figure 5 is the illustration above, highlighting each constituent part. As I mentioned at the top, I’m surprised it’s taken this long for camera manufacturers to even really acknowledge the concept of haptic feedback publicly. For wedding photographers and other photographers who need as close to absolute silence from their camera as possible, it would be an invaluable feature. The patent specifically describes photographing athletes and the differences between photographing them on noisy DSLRs vs near-silent – or fully silent, with an electronic shutter, mirrorless cameras.

2.Description of the Related Art

Conventional single-lens reflex cameras generate camera shooting sounds such as shutter sounds and mirror drive sounds when a release button is operated to take a picture. However, in recent years, when photographing athletes, the sound of the camera being shot distracts them from their concentration. becoming a problem. As a countermeasure for this problem, mirrorless cameras have become popular and the driving sound of the mirror has been eliminated.For this reason, among mirrorless cameras, there is a silent shutter camera that significantly suppresses the camera shooting sound even when shooting in a quiet place by reducing the shutter sound.

However, since the silent shutter camera is almost silent, when the user operates the release button to take a picture, it is difficult to determine whether or not the image has been reliably recorded . has been disclosed in which the release button is vibrated so that only the user can perceive the shooting operation while suppressing the camera shooting sound.

SUMMARY OF THE INVENTION

It is an object of the present invention to provide an optical apparatus capable of increasing the vibration transmission to the release button with an inexpensive and compact configuration.

Most such photographers have already disabled the audible confirmation on their cameras and simply have faith in their cameras that they’ll hit their mark. But depending on the camera and how it’s configured, it can let you hit that shutter and take a photo before the autofocus has actually hit its mark. This leads to missed shots. Having haptic feedback that’s inaudible to the room in which you’re shooting means you know, for sure, that it’s focused on your subject before completing the full press.

You can check out the complete patent on the Japan Patent Office website.

« Get your cameras ready, California could be headed for another super bloom in 2023
No more astrophotography? Night skies brighter every year says report »