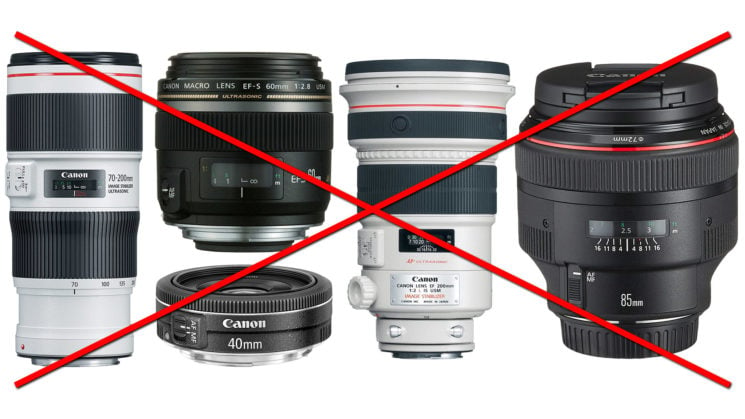 Pentax might be clinging onto DSLRs for dear life, but if it wasn’t already clear the Canon had pretty much abandoned its DSLRs – what with the 7D line discontinued and the EOS R5 and EOS R6 effectively becoming replacements for the 5D and 6D DSLR lines respectively – I think their decision to kill off a number of popular higher-end lenses speaks volumes.

According to a report on Canon Rumors, who is also running a tally of recently discontinued Canon lenses, the Canon EF 70-200mm f/4L IS USM II and the somewhat legendary Canon EF 85mm f/1.2L USM II are now also discontinued. Unlike previously killed off EF lenses, though, at least the two new ones on the list have RF equivalents.

Looking at the complete list, a total of five lenses appear to have been discontinued in February and March of this year, with more likely to come over the next few months. To be clear, this doesn’t mean they’re no longer available. After all, retailers will still have stock that they’ve yet to sell and there’ll likely be stock to last a little while in Canon warehouses around the world. It just means that they’re no longer being made – which will also ultimately affect parts availability for repairs, too.

If you’re holding onto your Canon DSLRs or you’re happy to use EF lenses with your RF bodies using one of the various adapters (or you’re using a non-Canon cine camera that has an EF mount) and you’ve been thinking about picking one of these up, you might want to hurry if you’re after a new one. While many retailers around the world will still have stock, there’s no telling how long that stock will last.

But it does seem quite obvious now that Canon isn’t concerned about its EF mount or DSLR product line anymore and is going full-on into mirrorless. Whether or not we’ll see any major advancements soon in the EOS M department or if we’ll see APS-C EOS R mirrorless cameras is currently unknown. But whatever’s coming, I bet we’ll see quite a few more EF mount lenses killed off in the coming months.

In the list above, though, only two of the lenses actually have RF mount equivalents so far. Those are the Canon RF 70-200mm f/4L IS USM and the Canon RF 85mm f/1.2L USM (and DS variant) lenses. If or when we’ll see replacements for the others is uncertain, although I can’t imagine Canon won’t release an RF mount equivalent to the 200mm f/2 at some point.