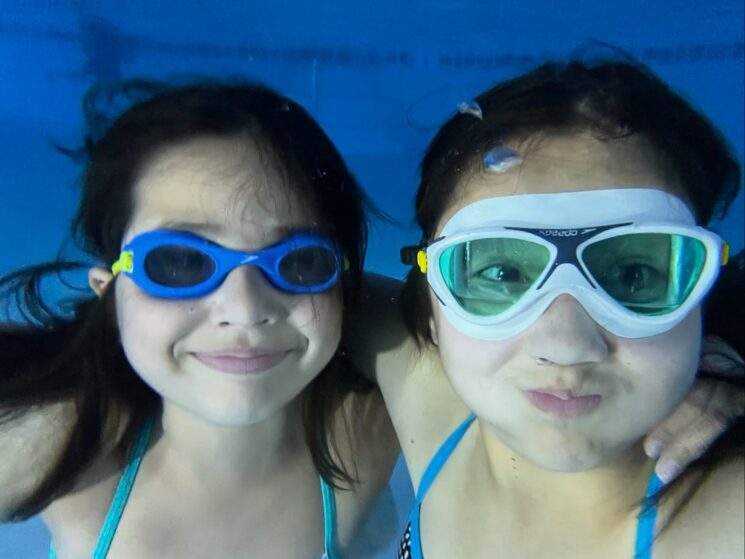 It doesn’t seem that long ago that we tried to revive wet smartphones by sticking them in a bag of rice and hoping for the best.

Now, most modern smartphones are “water-resistant.” If water gets into them, they won’t be destroyed, like in years past. Still, we’re not supposed to dunk them in the water. But try telling that to kids.

My friend Alex called me recently, excited about the underwater shots his daughters were getting on the iPhone, and he was right, the footage and photos were incredible. But the idea of putting a naked iPhone into the water struck me as a little, well, scary. A few years ago my iPhone wouldn’t charge, due to “water damage” in the charging port, so I’d be wary about putting my $1,000 device that runs my life into the water for an extended period of time.

Alex and his 13-year-old daughter Zadie had no such qualms, so I stopped by to chat with Zadie about it recently, and gave her one of my old phones to get footage with.

You can hear the complete conversation with Zadie on this week’s edition of the iPhone Photo Show podcast, link directly below. Or watch it above on YouTube.

Underwater photography “shows the type of pictures that you can’t normally take but you’d like to take when you’re having fun,” Zadie tells me.

It brings you to an underworld where the sky is usually always blue, there are sometimes bubbles and it’s always dream-like. Yup, it’s just too much fun.

But is your iPhone safe?

I have had fun shooting video and photos with the iPhone in the rain, and while the shots were great, the LCD screen became totally non-responsive. I had to dry it out to get it to respond to my commands. Zadie agreed that the LCD screen doesn’t like water, and to get around this, Zadie said she used the volume button to snap the shutter instead of the on-screen button, and for video, she started it before the phone went into the water.

And what happened after Zadie took my old phone for a swim? Did it stop re-charging? Did the screen get ruined? Were there any problems? None.

However, Apple doesn’t approve. The Apple website says that in no uncertain terms are we to take the phone into the drink.

“To prevent liquid damage, avoid these: 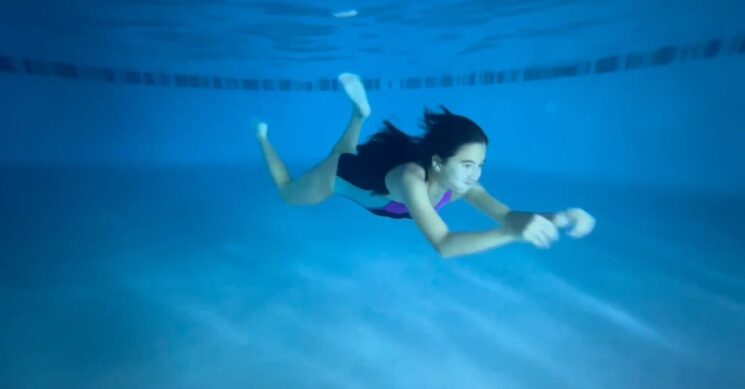 Samsung is less sanguine about going underwater with recent Galaxy devices than Apple, saying they are rated IP68, which means they can be submerged for up to 30 minutes no more than 1.5 meters. The iPhones have the same rating, just a different warning to customers.

There’s no question that Zadie got fantastic results from the underwater iPhone. But at such a hefty price for the device, one that many of us use to run our businesses and personal lives, I still don’t think the potential risk is worth it. I do have a solution however.

When my son was growing up, I used to fork over $20 for a Kodak one-time use cardboard camera that could be taken underwater, and then spend another $20 on developing. In other words, each shoot cost $50 or so. They didn’t shoot video, and you only got 24 shots per camera. 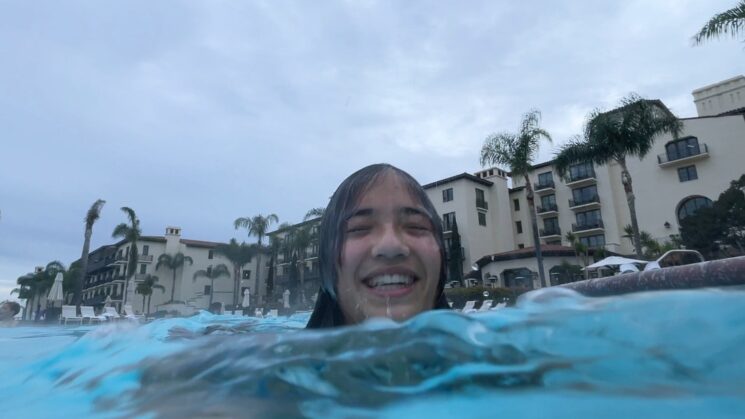 Thankfully, we all live in the digital age. So why not buy a used iPhone for exclusive use of pool and rain shots? You don’t need a top of the line model either, as you won’t be making use of the multiple lenses. A great wide shot under the water is all you need. A used iPhone SE can be picked up for under $250. Good recent Google Pixel and Samsung Galaxy phones are also available in the same price range.

If they mess up, due to all the water play, you’re not out that much. 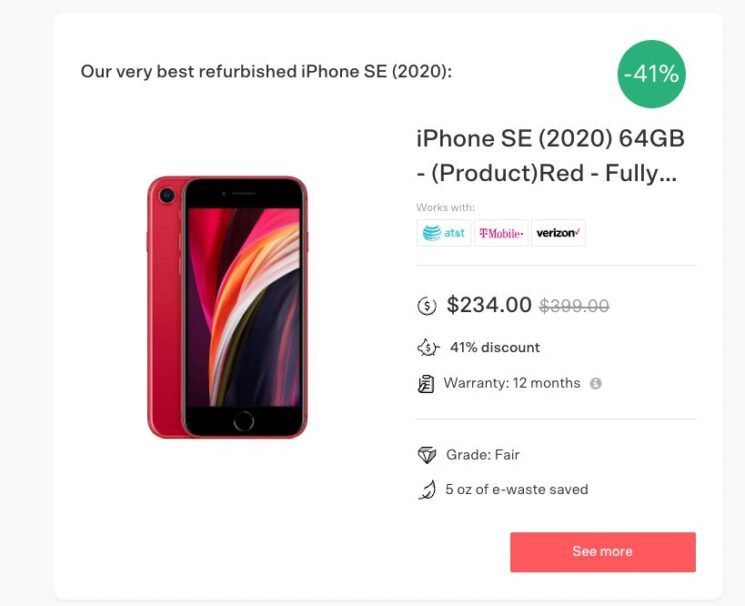 Keep the expensive phone for the important stuff, and the secondary phone, (sans wireless service, of course, why pay for that?) as the wet phone.

Last resort: buy a waterproof case for the iPhone, like the Hitcase. It’s case is both “drop-proof” and waterproof up to 10 feet, and with protection, you could potentially take it into the ocean. However, I’d still be wary of putting my work/life phone into the deep blue sea, and would rather do it with the SE. How about you?

UPDATE: Reader SlowerJoe writes in with these words of wisdom! “A phone for almost any photography is an ergonomic disaster (not saying the results are bad, actually the photos, videos are excellent) underwater? No, hard to handle, hard to keep a hold of. In a swimming pool, sure. Swimming in the ocean, no way. Better off with a cheaper GoPro.”

A big omission on my part, as I love GoPro cameras and use them all the time. 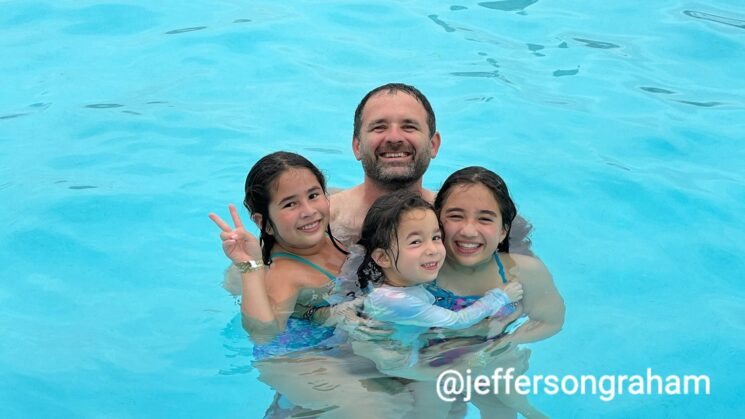 Alex and his daughters

Jefferson Graham is a Los Angeles-based writer-photographer, the host of the “Photowalks” travel photography series on YouTube, and Tubi, a former USA TODAY tech columnist and working photographer. You can find more of Jeff’s work on his website, Facebook, Instagram, YouTube, and Twitter. This article was also published here and shared with permission.