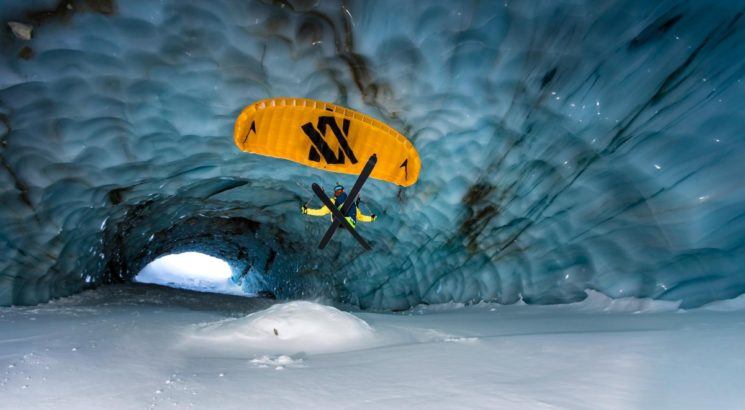 Speed riding is a terrifying combination of freestyle skiing and paragliding. Described by those who participate as “staggeringly difficult and dangerous as hell“, it’s very impressive to watch. When Swiss speedriding pioneer and Olympic snowboarding medalist, Ueli Kestenholz discovered a massive natural ice tunnel, he knew he had to go through it. So, he contacted photographer Marc Weiler.

An insane location, 3,000m (around 10,000ft) above sea level in the snow and ice. The shoot presented a rather unique set of challenges for Marc. He needed to pack as light as possible, but have plenty of power and speed to be able to capture both inside the tunnel with the outside sky. With a pack that weighed 20kg, it can’t have been easy, but well worth it from looking at the results.

Marc used the 50MP Canon 5DsR to get as much detail as possible in each shot. Wish such fine detail in the snow and ice, high resolution cameras can make a big difference. To light the shots, the Elinchrom ELB 400 was his light of choice. It provided plenty of power, and let him shoot high speed sync.

Of course, Marc’s bag still weighed 20kg, and he had to drag it up to 3,000m above sea level. So, they often stopped on the way up to shoot some photos and take a much needed break. At midday, they reached the summit. 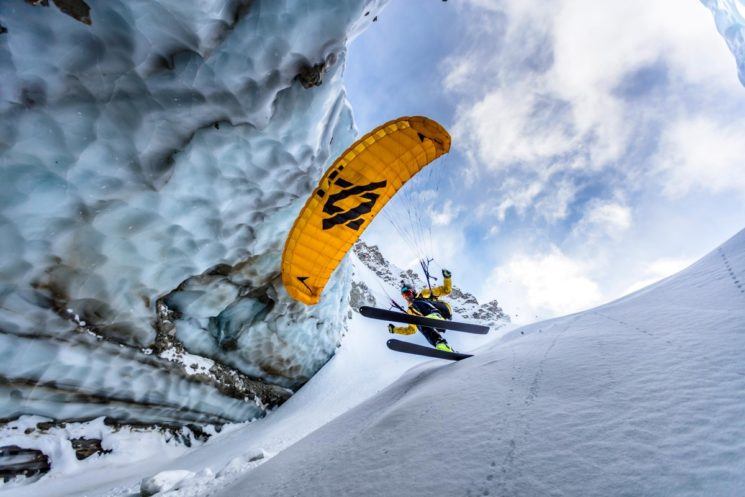 Once at the tunnel, Marc took up position inside, waiting for Ueli to come tearing through. And you can see from the video above how amazing it must’ve been to see in person. One can only imagine the rush felt by Ueli himself.

With so much fun and excitement, they lost track of time shooting in the 200m long ice tunnel. They came back out around three hours later to make their way home. 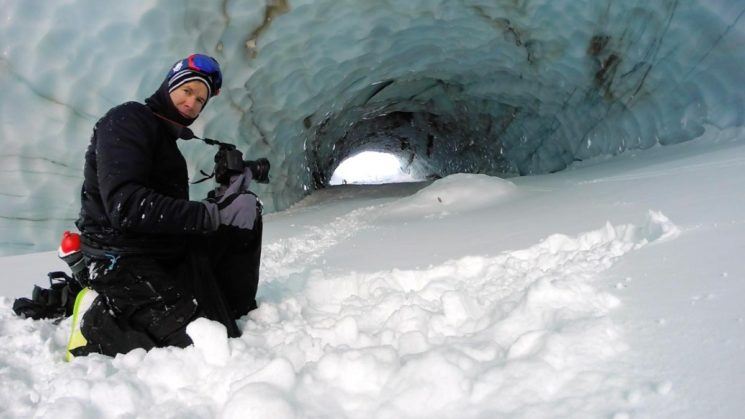 It’s been very cool to see how versatile the Elinchrom ELB 400 seems to be over the last few months. It’s been taken up on a drone to light bikers from the air, and out into the ocean to light up surfers. I always find it interesting to see just how far you can push some gear.

You can find out more about the ELB 400 over on the Elinchrom website, see more of Marc’s work on his website, and learn about Ueli at Kestenholz.com. All images are Copyright Elinchrom & Marc Weiler and used with permission.