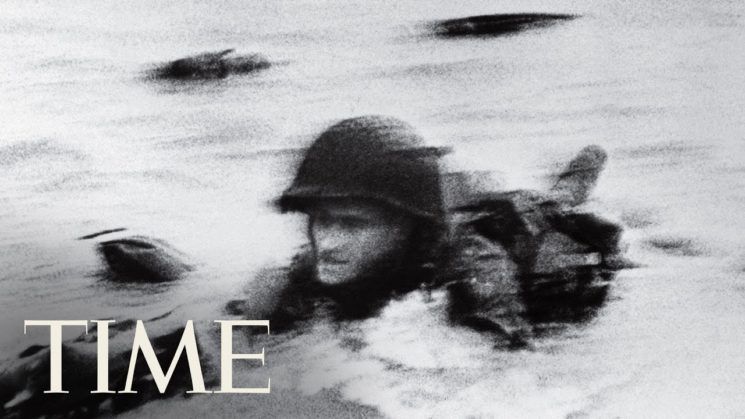 Every iconic photograph through history has a story to go with it. Sometimes, the picture tells the story all by itself. Robert Capa’s photographs of the D-Day landings on Normandy beach are a prime example. But there are other stories, too. The photographs themselves takes on a life of their own. Studying them infers things that aren’t immediately apparent.

Sometimes, the film itself can also literally have its own story. As is the case with four rolls of negatives sent by Robert Capa to LIFE Magazine from the Normandy landings. Ultimately, only one of those rolls made it to the magazine. Here’s the story as told by John G. Morris, former photo editor of LIFE.

Capa had covered much conflict, in his career. But then he was assigned to the big one, D-Day. On June 6th, 1944, he was on the beach with the troops documenting the events. Morris says that just getting the film back was a major task.

The rolls were first shipped back across the channel to London where everything was processed and then censored. Morris had been waiting the better part of two days for the film to come back from Normandy. Finally a messenger brought a package from Capa.

The action is all in the four rolls of 35mm

Morris immediately sent them to darkroom with orders for contact prints as soon as possible. Then one of the darkroom boys ran into his office, yelling “The films are ruined”. There was nothing at all on those first three rolls. 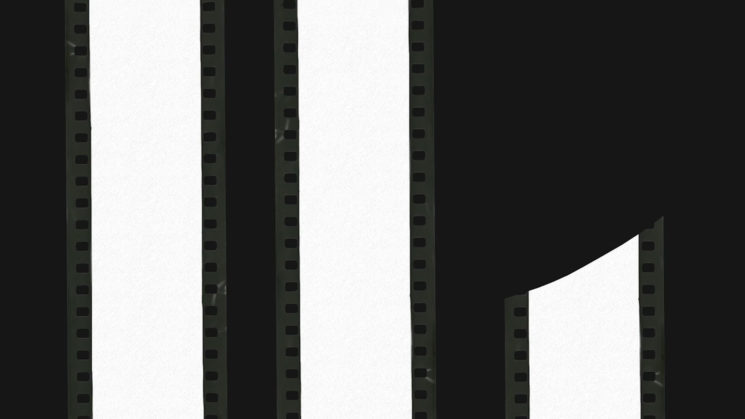 On the fourth roll, however, there were images. Morris immediately ordered for them all to be printed. 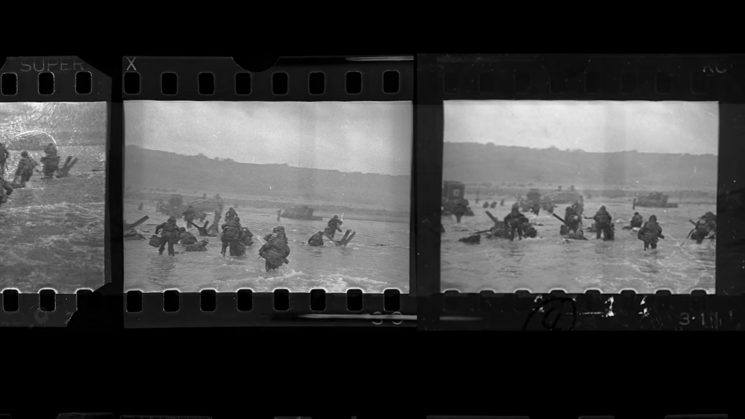 One photograph stuck out to him, though. It didn’t occur to him why until later. Then he realised that in order to have shot it, Capa would’ve had to have been ahead of the soldiers and turn his back on the action. He’d have to advance into battle before they did. An extremely risky and brave move. 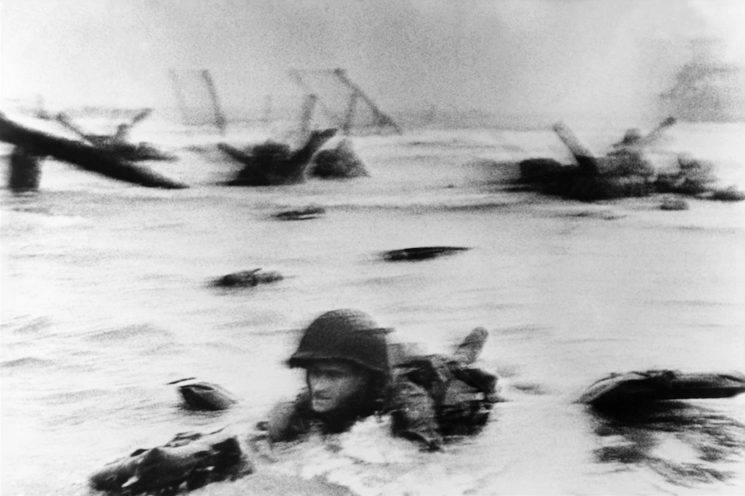 From there, the pictures made their way from London to Scotland, then to Newfoundland, Canada. Next they entered the USA in Washington DC where they were sent to New York.

They just sent the entire fourth roll, and didn’t tell them that they’d lost most of the photographs in the first three. Morris used to get a hard time for having been in charge of that film, but now he says he simply takes credit for saving the pictures that survived.

Photos like these that document monumental moments in world history are important, of that there’s no doubt. It’s fantastic that one roll survived, but it does make you wonder what was on the other three. What might we have we missed out on?

It still remains a mystery what caused those three rolls to be blank upon being developed.

What are some of your favourite photographs from history that tell a story? Or that have another story the image doesn’t tell? Let us know in the comments.

The story of Robert Doisneau,”a champion of humanist photography”