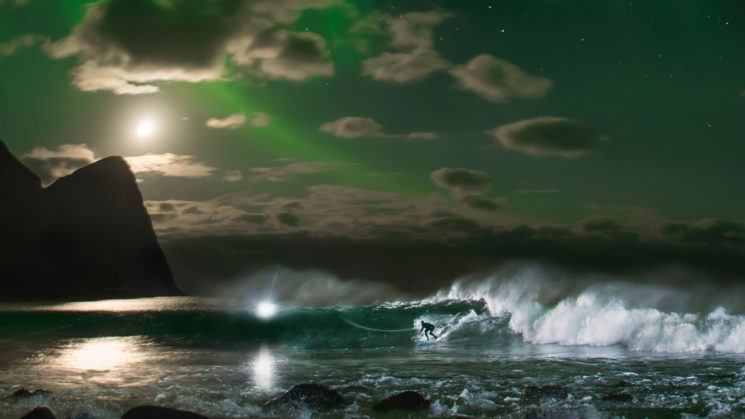 Surfing has become wildly popular since it started to see a major revival in the 1960s. Along with the sport, came photographers. Things have come a long way since the days of photographers like LeRoy Grannis. But, we get to a point where styles and ideas become recycled. It happens with most genres of photography, though. Once it becomes saturated, it’s often difficult to innovate.

Some photographers, however, want to push the boundaries and try something genuinely new. Such is the case with photographers Emil Sollie & Mats Grimsæth. Their mission was to photograph Australian surfing champ, Mick Fanning performing under Norway’s Northern Lights.

The pair dreamed up the shoot shortly after they first met in 2014. It’s an extremely ambitious project.

The first problem was finding a surfer willing and able to surf at night. They also needed one willing to camp out for several days in the bitter cold north western Norway coast. They never imagined that they’d get a world champion athlete like Mick Fanning on board. But, they did. Being Australian, it’s certainly not the conditions he’s used to surfing in. 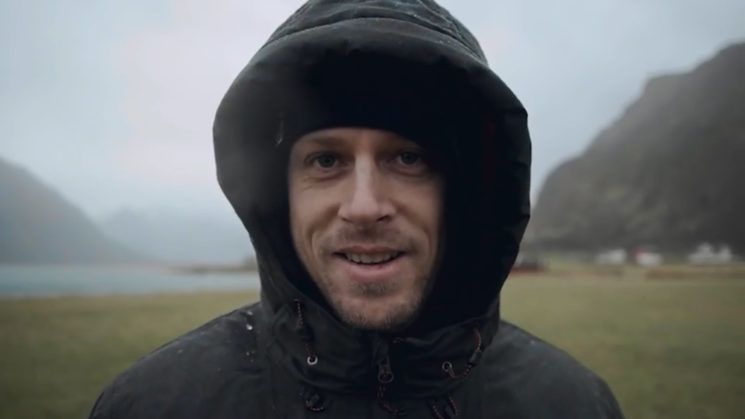 The other major problems were the technical challenges of shooting something like this. They needed to be able to get a good exposure on the Northern Lights while still freezing the fast movement of the water and Mick.  Getting some light into the crashing waves, the spray and Mick himself was also vital. Without that, the ground would’ve been a whole mess of darkness and motion blur.

To overcome these issue, Emil and Mats used the Elinchrom ELB 400. Placed inside a waterproof drybag, Mats remained close to Mick to light up the action as the waves came in. Along with the Skyport HS trigger, it ended up being the perfect lighting combo. And the result of their patience and hard work truly is an amazing photograph. 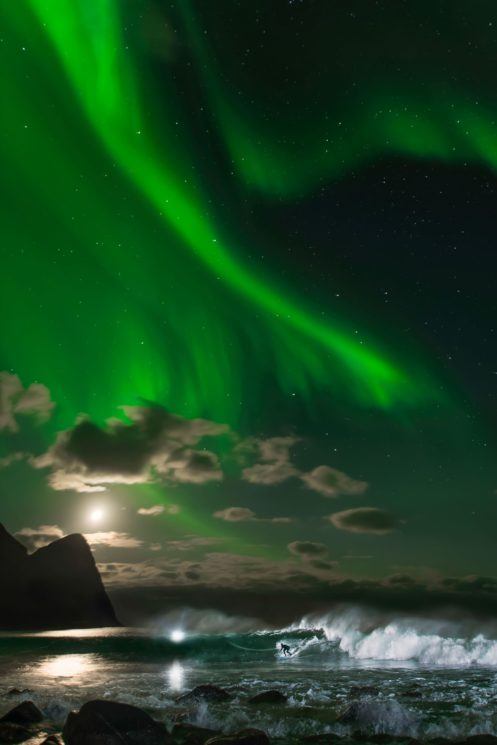 Yes, you could try to do something like this in post. It’d certainly be warmer. But, nothing really beats getting out there and doing it for real.

It’s a once in a lifetime shot for both the photographers and Mick, and definitely worth the effort and putting up with the cold weather.

This is something I’ll remember forever.

What do you think? What extremes have you gone to for your photography? What have you shot for real that others might shy away from? Was it worth all the hard work? Let us know, and show off some of your challenging photographs in the comments.

Everything Looks Cool Photographed Under An Electron Microscope

« How to stabilize your camera even in horrible light conditions
My experience shooting in extreme cold. (well below zero Fahrenheit) »