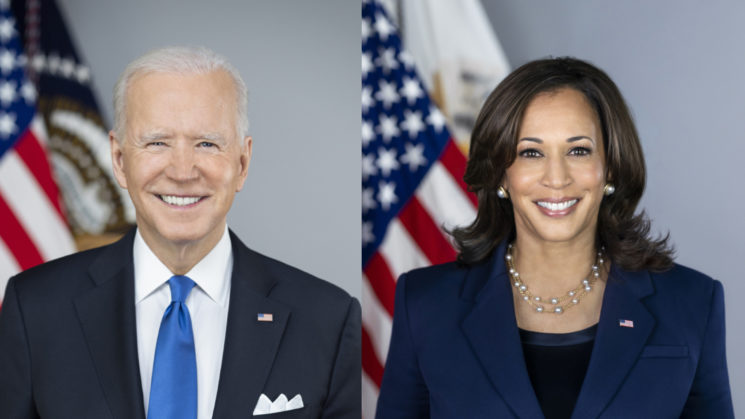 The White House has released the official portraits of President Joe Biden and Vice President Kamala Harris. An interesting thing is that they were taken on a Sony A9 II, unlike portraits of two former presidents that were shot on Canon cameras. Also, these are the first Presidential portraits to be shot on a mirrorless camera.

Adam Schultz is the Chief Official White House Photographer and the man behind the portraits of Biden and Harris. He paired the Sony A9 II with the Sony FE 85mm f/1.4 G Master, and judging from the catchlights, there were also two diffused flashes for the lighting.

Portraits of both former photographers were taken on cameras from the Canon EOS 5D series. Pete Souza photographed Barack Obama on a Canon 5D Mark II. Donald Trump’s official portrait was taken on an even older Canon 1Ds Mark III. By using the Sony A9 II, Schultz was the first photographer to use a Sony camera for Presidential portraits. And as I mentioned, this was also the first time that a mirrorless camera was used, too.