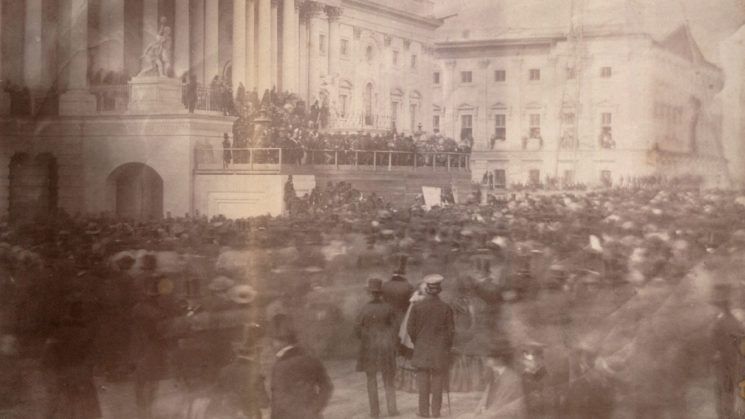 On March 4th, 1857, while the Capitol building was still under construction, James Buchanan was sworn in as the 15th President of the United States of America. The 1850s were a significant period in photography. The wet collodion process was invented in 1851. It gave photographers the ability to make direct contact prints from glass negatives.

You needed to take a whole darkroom around with you to do it, though. Long exposures were still often necessary, as one would typically work with ISO rating of 6 or less. But it finally allowed photographers to document many things for the first time. Including the presidential inauguration of James Buchanan. Created by John Wood, working for the Montgomery C. Meigs at the Architect of the Capitol. 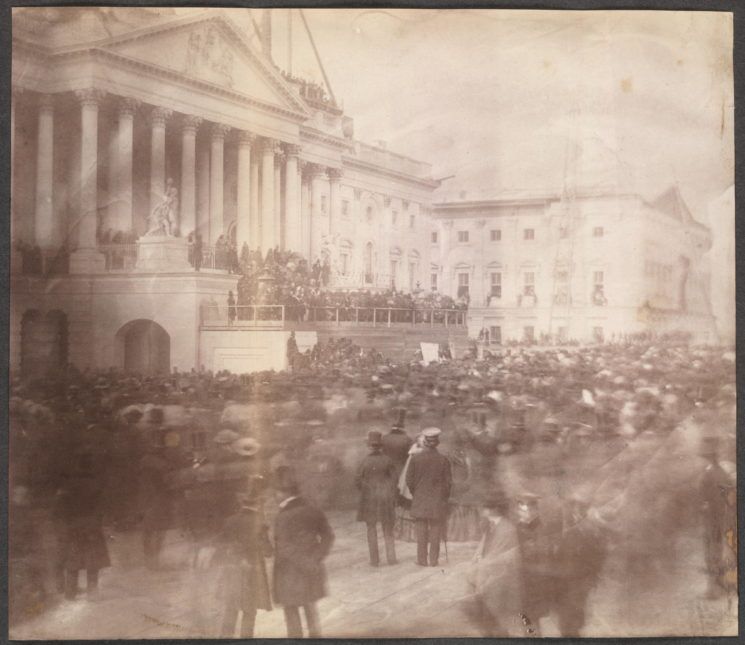 According to a presentation given by Wayne Firth, retired Senior photographer at the Architect of the Capitol) in 1996, Wood was hired as a “photographic draftsman”. His job was to photograph the drawings of the construction so that they could be easily duplicated. The perfect assignment for the new wet plate process. From a single glass negative, many positive prints could be made.

During his time at the Capitol, he took on more responsibilities. When Meigs was put in charge of constructing the platform for the inauguration ceremony, he built another platform. This one, though, was for Wood and his camera to photograph the event on March 4th, 1857.

By today’s standards, the quality of the photograph might seem quite crude. There’s a lot of motion blur, not much contrast, and obviously there’s no colour. Despite the photo being almost 160 years old, Wood was using the latest technology of the day to make it. But, it really doesn’t lessen its impact.

As for the most recent inauguration photos. We’ll, I guess we’ll start to see some of those later today. Whether we want to or not.

[Library of Congress via Time]