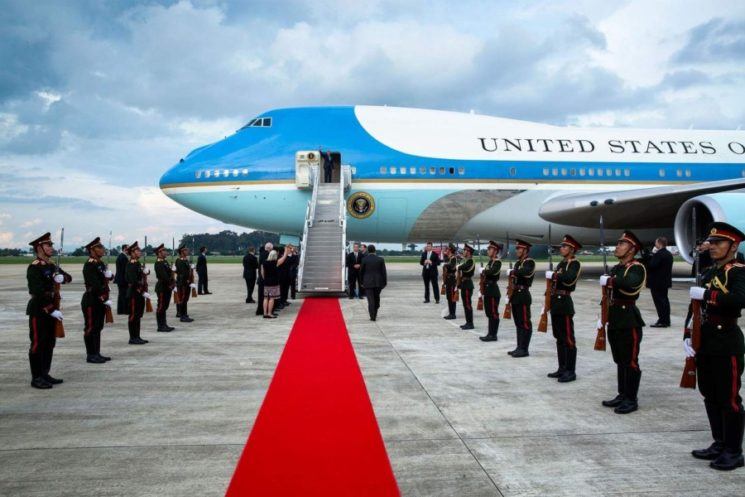 The importance of presidential photography cannot be understated in today’s visual world. Although the bulk of photography since the inception of regular presidential photography in the 1950s still consists of “grip and grin” photo ops, White House photographers have sought to capture a more intimate look at the leader of the free world. Press access to the President varies by administration (a criticism that dogged the Obama administration), but White House photographers have access to private or top secret moments that are a vital part of the historical record – from 9/11 to the assassination of Osama bin Laden.

“I’m going to document every meeting that you have. It’s for history,” said Pete Souza, Chief White House Photographer under President Barack Obama, in an interview with National Geographic. “This job is about access and trust, and if you have both of those, hopefully you’re going to make interesting and historic pictures.”

The role of photographing the President of the United States in any formal capacity initially fell under the National Parks Service (NPS), which was tasked with capturing public photo ops. With the start of World War II, NPS photographer Abbie Rowe was assigned at the request of President Roosevelt to solely cover the President, but his approach was still fairly conventional for the time – continuing to focus on documenting official events both domestic and abroad.

During the Kennedy administration, Army Public Information Office photographer Cecil Stoughton was assigned to cover the President full-time. His close relationship with the family allowed him to begin to capture more intimate moments of the Kennedy’s that fell outside documenting official business. His presence with the motorcade when Kennedy was assassinated allowed him access to board Air Force One, where he was the only photographer. Although he considered it tasteless at the time, Stoughton photographed the iconic image of Johnson being sworn in as President – a pivotal moment in history captured with photography. 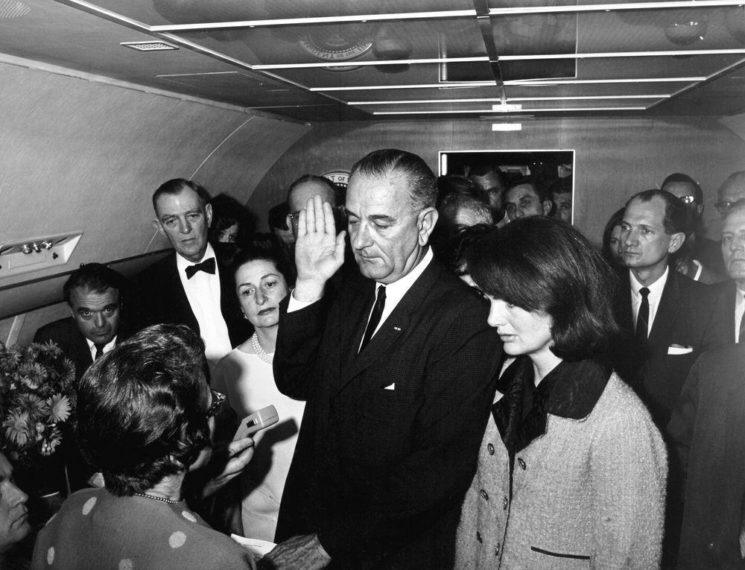 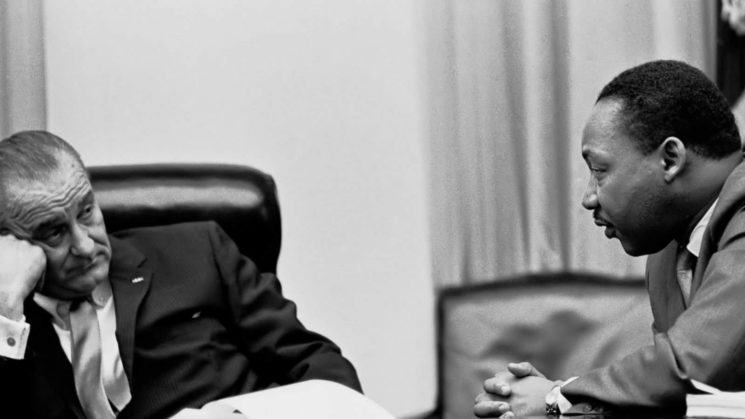 Cognizant of how photographs enhanced the image of the Kennedy’s, President Lyndon Johnson, hired Yonkers-born Yoichi “Oke” Okamoto as the first official White House photographer and civilian. Okamoto worked as an Army still and motion picture photographer during World War II, and served as the Visuals Chief of the now-defunct U.S. Information Agency when he met then VP Johnson in 1961.

Amongst his peers, Okamoto is revered for not only being the first official photographers, but for being one of the best. David Hume Kennerly, Chief White House Photographer for Gerald Ford, said in an interview on the Lens blog, “I’d always known Oke was a good photographer, but when I went through the contact sheets at the L.B.J. library, what I saw was greatness. I saw a photographer who not only took really good individual photos, but he thought and he photographed as a storyteller.”

Okamoto arguably set the tone for the punishing pace of the job. In the same interview, Kennerly recounts asking Okamoto for advice. “And he told me: ‘You just have to be there all the time. You can’t not be there.’…‘You got to just be there all the time; 16 hours a day. That’s how you’re going to get the good pictures.’ And he was absolutely right about that.” 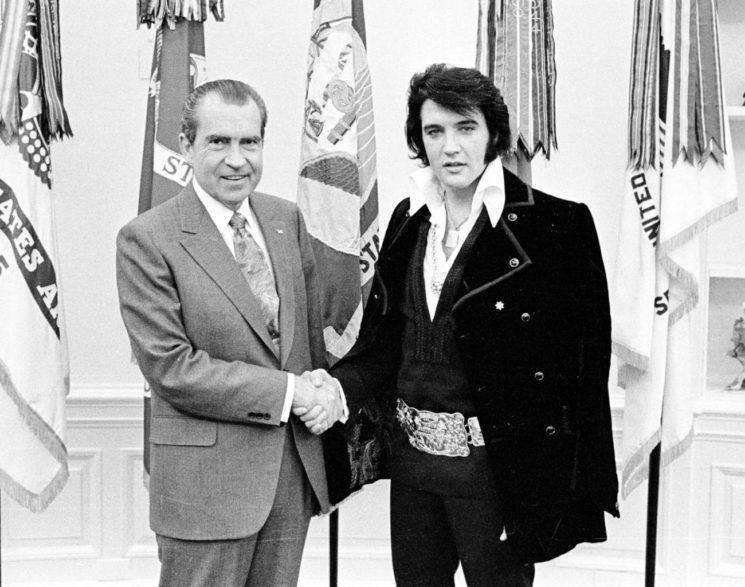 As Nixon’s personal photographer on the campaign trail, Oliver F. Atkins was the logical choice as White House photographer. But unlike Okamoto, Atkins had somewhat limited access to a guarded Nixon. A secret meeting between Nixon and Elvis – two men in the process of trying to rehabilitate their images – led to Atkins most famous and most requested image. 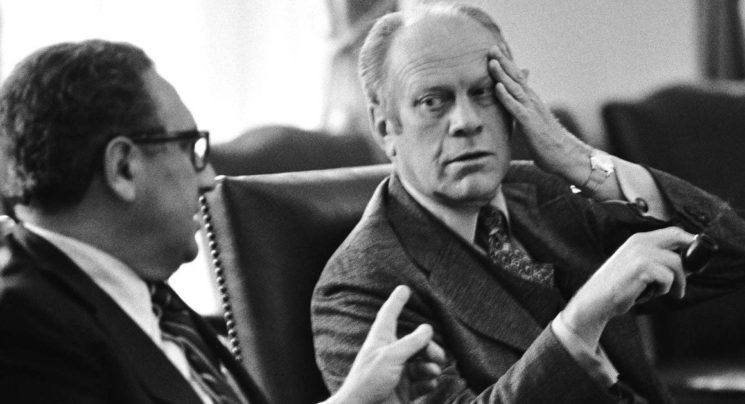 Pulitzer Prize Winner David Hume Kennerly had returned from Vietnam when he was assigned to photograph Gerald Ford for TIME magazine. At the time, Ford was the House Minority Leader, and there was speculation that he might succeed Spiro Agnew following the Vice President’s resignation. That genial relationship that emerged from that photo shoot led to Kennerly’s appointment as Chief White House Photographer following Nixon’s departure in 1974.

Effective January 20, 1977, at twelve noon, I hereby resign my position at the White House. 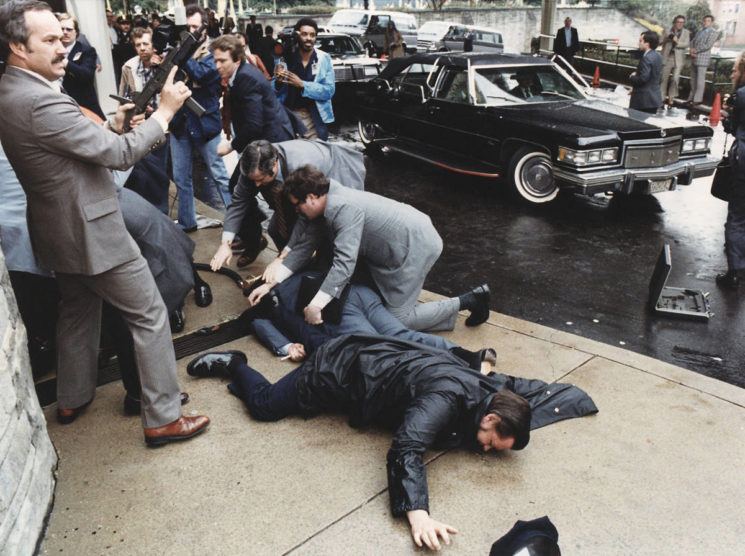 President Jimmy Carter offer to photographer Stanley Tretick were rebuffed, and thus Carter remains the only president since LBJ to go without an official photographer. The mantle was resumed by Michael Evans who served as President Ronald Reagan’s official photographer during his first term. Ironically Evans’ most famous photo of Reagan was taken years before the presidency for Equus magazine. The widely circulated photo of a smiling Reagan donning a cowboy hat was used on the cover of numerous magazines following Reagan’s death in 2004.

At the start of the Reagan’s second term, the new Chief of Staff Don Regan decided to put all the staff photographers on equal footing, which Evans perceived as a slight and demotion. The move led to Regan’s resignation, leaving the other staffers (including Pete Souza) to pick up the mantle. 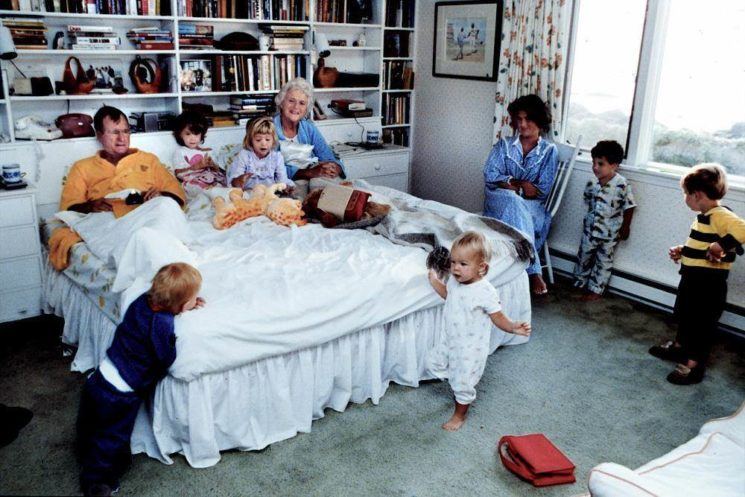 Starting in 1983, Air Force veteran David Valdez served as VP George H.W. Bush’s personal photographer, which led to his appointment as Chief Photographer following Bush’s presidential inauguration in 1981. According a piece by NBC News Latino, Bush “Many times when they were seconds from a meeting with a world leader, Bush would jab his elbow into Valdez’s ribs and exclaim, “Can you believe this, two guys from Texas doing this?”

Valdez’s iconic shot of Bush and wife Barbara Bush in bed with their grandchildren in Kennebunkport, ME was emblematic of the high degree of trust that he cultivated with the President. 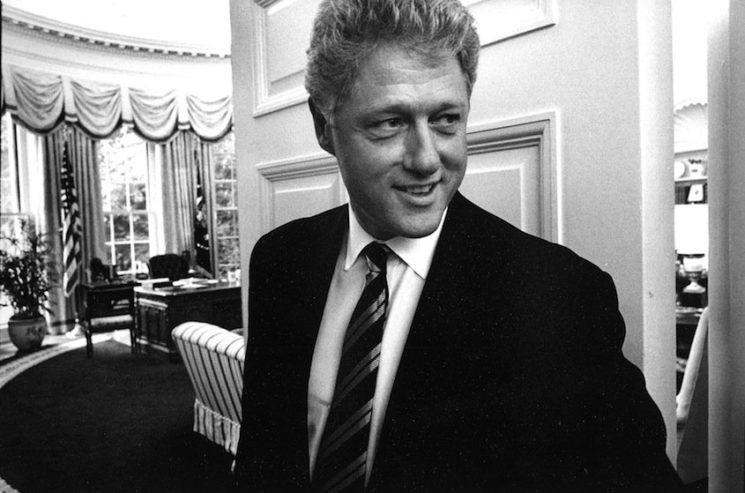 McNeely’s work included photos of Clinton with intern Monica Lewinsky, which were subpoenaed by Ken Starr during the impeachment proceedings. Regarding that work, McNeely admitted to The Telegraph in a 2001 interview that “he felt betrayed when Clinton was finally forced to admit his affair with Lewinsky. ‘One of the reasons I left was that it turned out he’d lied to all of us.’” 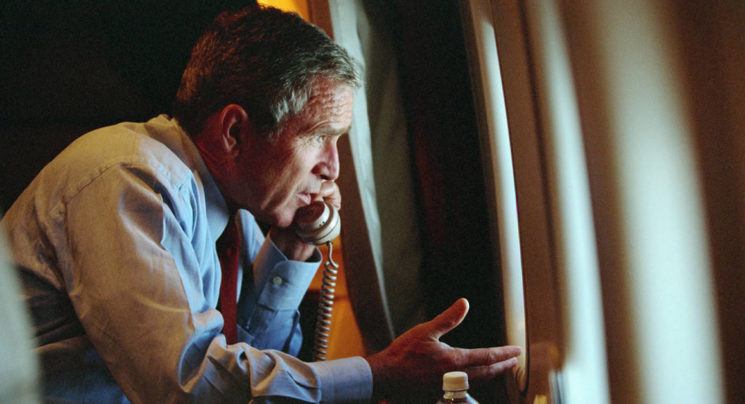 George W. Bush’s photographer Eric Draper bears the responsibility for moving the White House to digital photography. As a staff photographer for the AP during the run-up to the 2000 election, Draper had extensive experience with the nascent digital technology. Even so, it took two years to plan and implement the change according to an interview with PetaPixel in 2013.

Draper was present aboard Air Force One on September 11, 2001, and said “And at that moment, I knew it was going to be a very historic day. I tried to document every moment of that day,” in an interview with National Geographic. 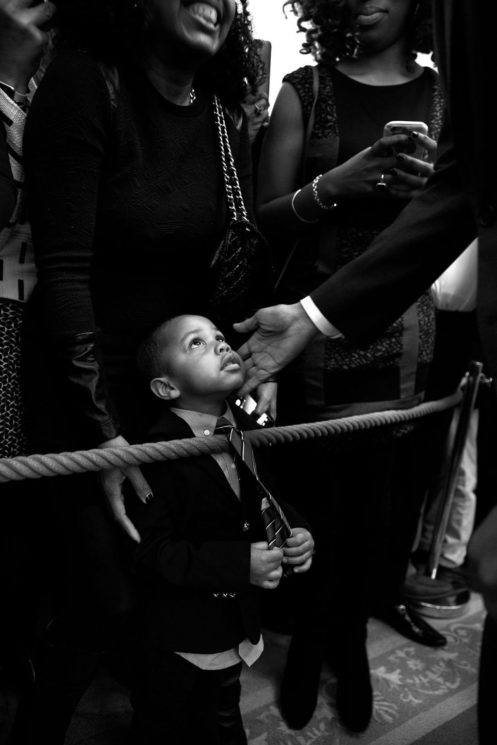 Pete Souza was no stranger to the White House having worked as an official photographer during the Reagan administration. As a photographer for the Chicago Tribune, Souza began covering Senator Barack Obama in 2004 and developed a relationship with Obama that led to his appointment as the Chief White House Photographer.

In 2009, the White House made a push into social media which included launching an official Flickr feed. For the first time in history, the public had direct access to approximately 50 new images per week culled from tens of thousands taken by Souza and his staff.

The combination of great photography combined with a photogenic President turned Souza into a veritable star, and as the Obama Presidency came to a close, there were numerous, deserved tributes to Souza’s work.

Although she hasn’t been formally named, Shealah Craighead is at the “top of the list” according to a source close to the Trump White House. Craighead is no stranger to presidential photography, having worked on the George W. Bush White House staff. More recently, Craighead served as Sarah Palin’s 2008 Presidential Campaign photographer.