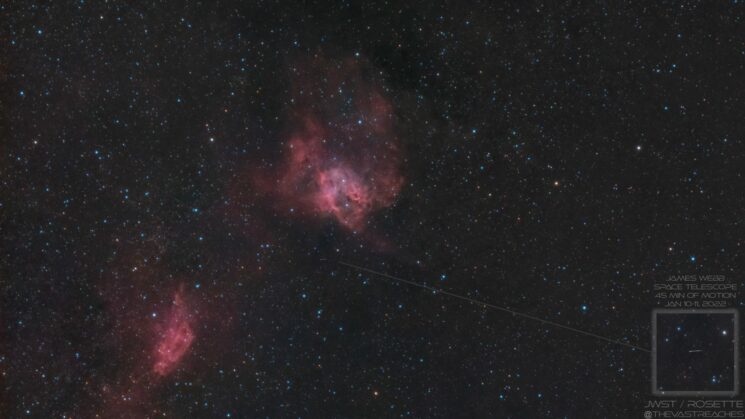 Astrophotographer Jason Guenzel captured this incredible image of the Rosette Nebula with the James Webb telescope en route to its parking orbit. He managed to record 45 minutes of the telescope’s journey through space from no less than 1 million kilometres away (620,000 miles). “That’s 2.5 times further away from the moon,” says Jason, and even more impressive when you realise that he’s shooting through a “tiny backyard telescope.” 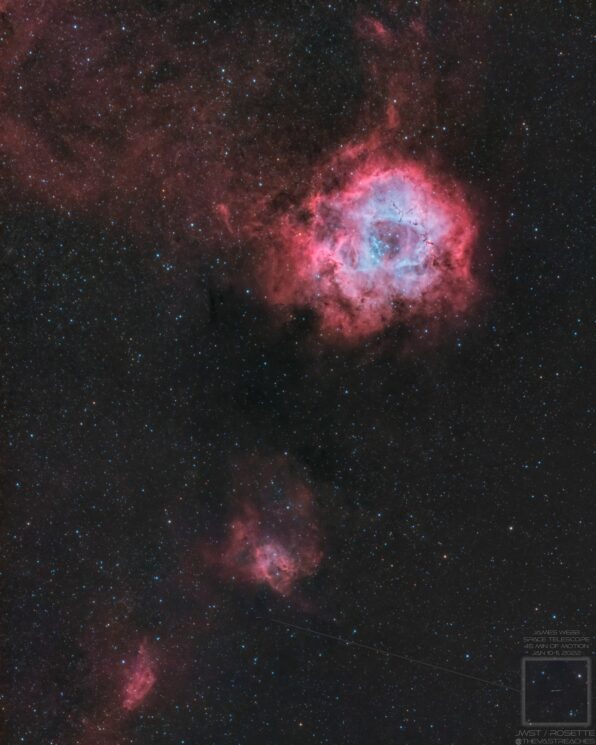 Jason had been following the route of the telescope since its launch, and immediately thought that he would like to get a photo of it. However, knowing how far away it was and how faint it would be, he wasn’t sure if his equipment would be capable of capturing it.

In the end, after tracking the journey he saw that the telescope would pass near the large Rosette Nebula. He says “I planned it out and went for it with a widefield telescope to capture the whole scene.” And Jason was rewarded with these spectacular images. 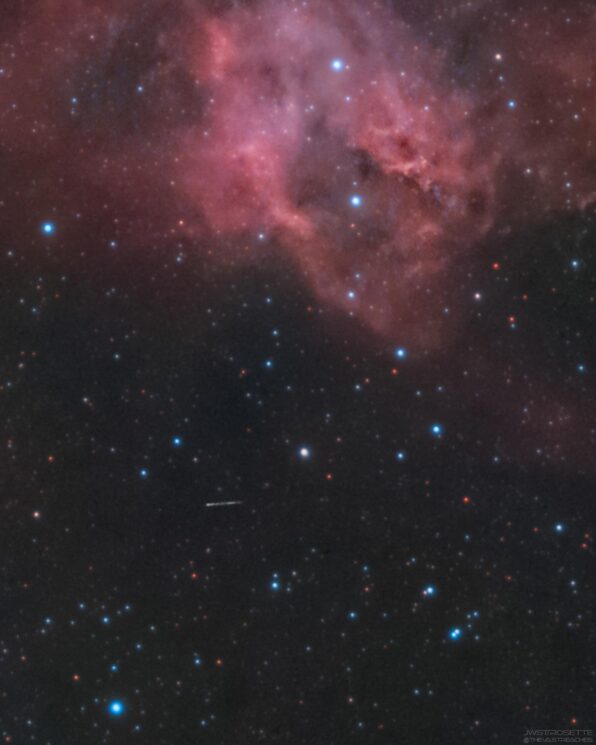 Guenzel exposed the sky for a total of over 4 hours and was captured using a TPO Ultrawide Telescope, an Astronomik L3 UV/IR cut filter, Deep Sky RGB filters, a Radian Triad Ultra filter, an ASI2600MM Pro camera, and a Celestron AVX telescope.

He says the satellite was more easily visible despite its distance, because of the freshly deployed sunshield. Jason describes it as “a tennis court sheet of reflective aluminum-coated material called Kapton.” He goes on to explain that “the reflected sunlight shines like a beacon coming right back to us.”

To assemble this image, I stacked the luminance data as a “maximum value” stack which renders JWST’s 45 minutes of motion against the background stars and nebulae as a streak of light. It’s crazy to see how the largest space exploration tool ever launched by humans is helplessly dwarfed by the cosmos.

After a month-long journey, the telescope settled into its final position in space, the L2 Lagrange point. We can look forward to some more spectacular images from it.