Looking at Fukushima not easy. The place has been evacuated on 2011 after 4 of its nuclear reactors melted down.  Tohuku earthquake raised a 13 tsunami meter wave that was just 3 meters too high for the 10 meter wave gate that the power station had in place. The meltdown reached a level 7 on the International nuclear event scale, which has only been matched by the Chernobyl accident, and never repeated since Fukushima.

Photographer Rebecca Lilith Bathory traveled there and came back with unsettling photos that were animated by designer Chris Lavelle.

While the photos are extremely beautiful, they also put the viewer at extreme unease. Rebecca told DIYP about the motivation for the trip: 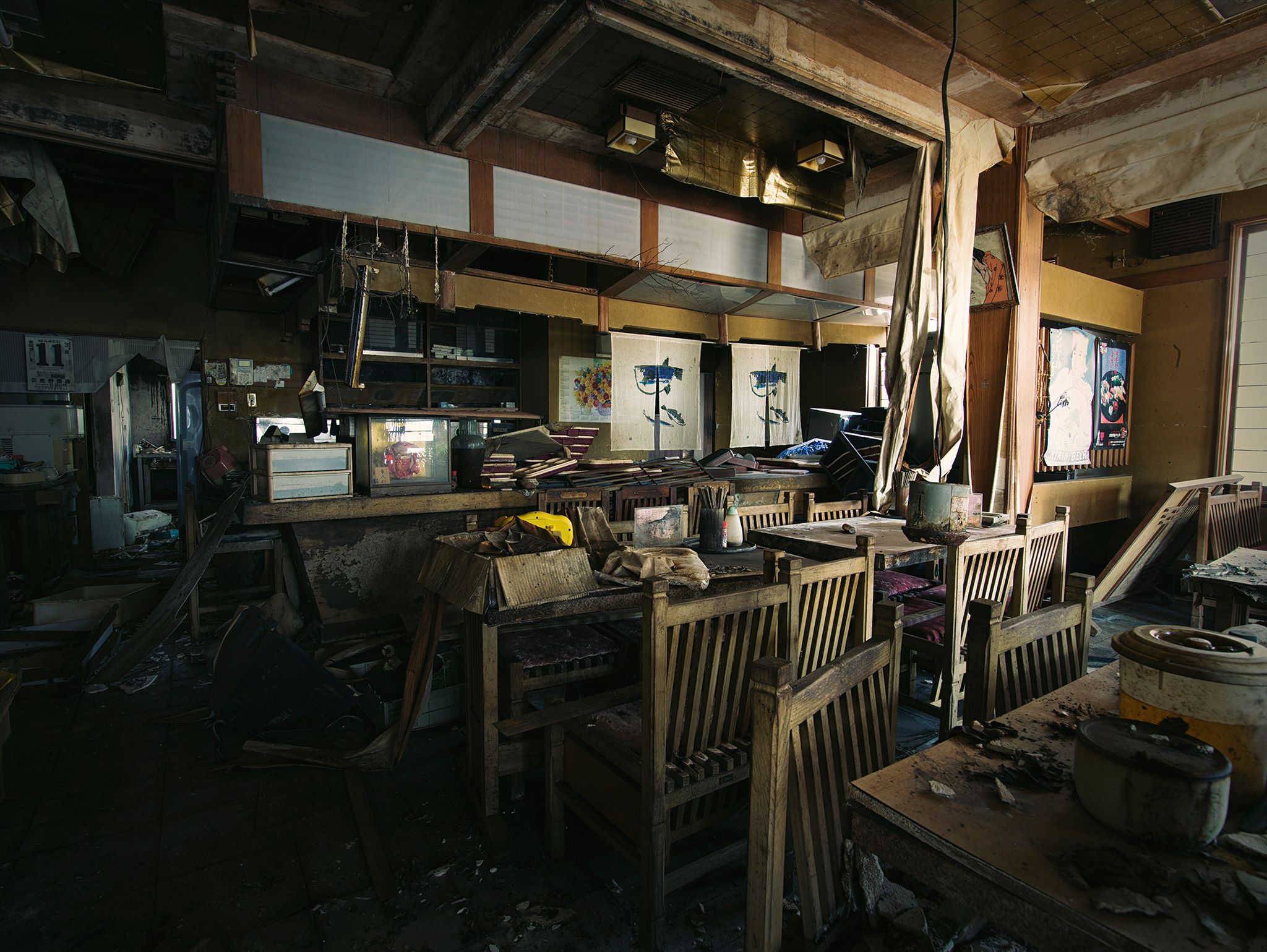 For me I accept the tragedy and death that occurs in our life times and although terrible for those that live such pain, it is a reminder to all others of our own mortality, it breathes history into the world and encourages us to realise that humans are strong, fighters and even through tragedy nature will replenish the land and eventually those that died will become remembered and honoured. It is particularly important for me to capture in photographs Fukushima as it currently exists not only for historical records but to inform people about this tragedy so it’s remembrance will be in societies memory. As the disaster fades in our memories, with those terrible images of that day no longer flooding the media it’s so easy for us to forget. 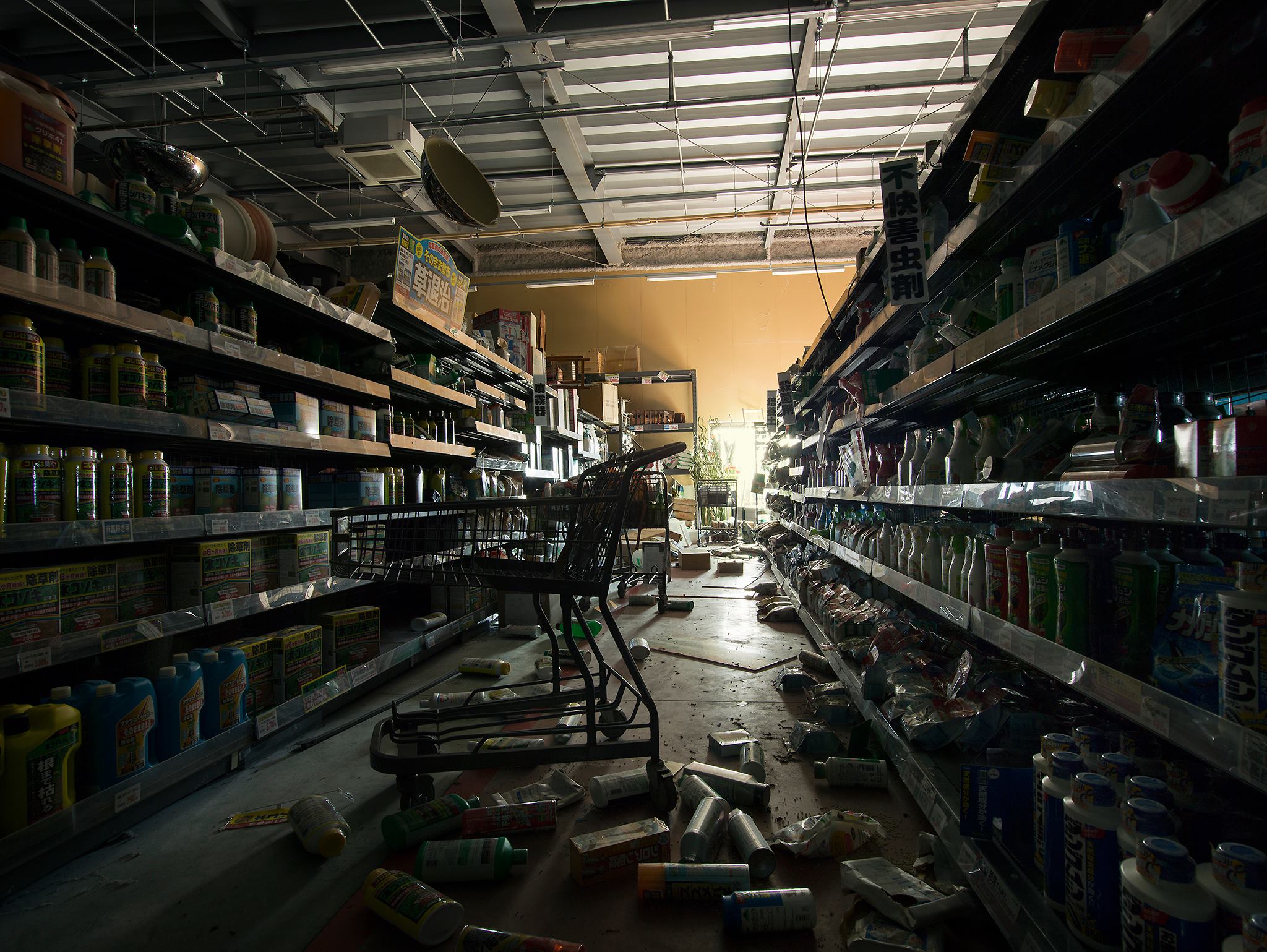 Getting to Fukushima was neither easy nor convenient, it requires hard-to-obtain permits and the travel itself is quite stressful. Nontheles Rebecca travelled with a full kit for the 5 days travel:

[Rebecca was using a] medium format Mamiya Leaf Credo 80 to capture the shots in high 80mp resolution. […and] a 3 Legged Thing tripod Steve to allow the shots to be perfectly sharp and Lee filters big stopper on some of the outdoor shots. […also] Phantom 3 Pro drone to capture some aerial shots to give a different perspective. [to carry those I’ll be using a] Lowepro Protactic 450AW [and a] Lowepro Drone guard back pack. 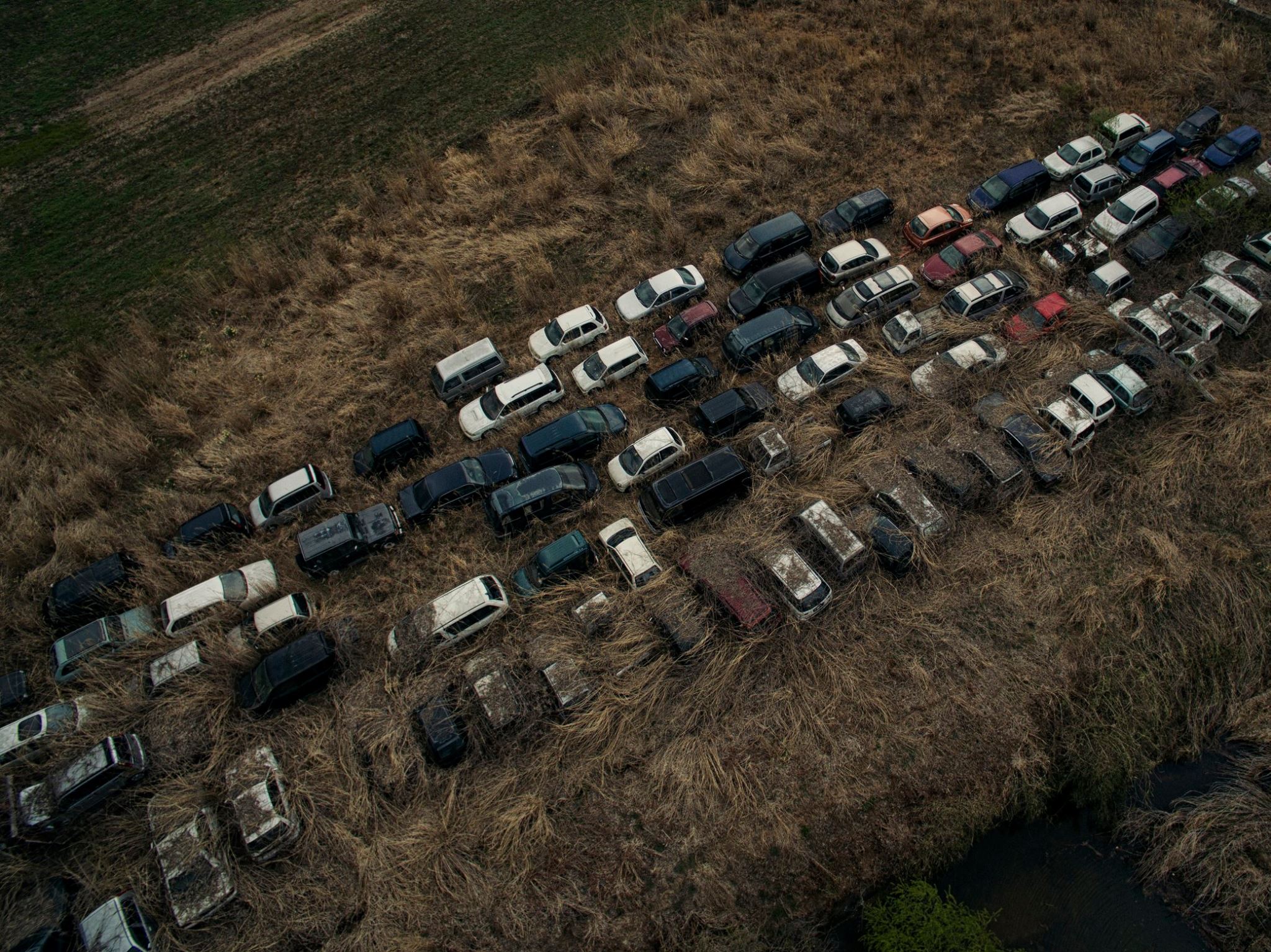 Rebecca tells DIYP about the emotional impact that some of the places created:

In Pripyat the disaster was silent most people didn’t even know anything had happened. Here it was different the earth shook and things came tumbling to the ground. People would have been filled with terror and would have fled for their lives. Standing in the book shop there were shelves fallen down, layers of books on the floor. It was similar in a DVDs shop inside the red zone, thousands of contaminated DVDs laid on the ground covered in dirt. I felt emotions unlike I’ve ever felt in an abandoned building before, people had fled these towns for their lives, no chance to even take any items or even to lock the doors behind them.

For some reason the power was still on in this book store, a computer still turned on, the automatic door covered with cobwebs opened half way and then closed again making an eerie, creepy noise. Until I had realised what it was it had really spooked me out. It began to feel like the disaster had just happened yesterday, time stood still and yet these doors were on repeat over and over again. I walked over a layer of books, they once had value and gave people a livelihood, people once took pleasure in walking those aisles and picking out their favourite titles to read. I felt bad walking all over them to take my photos, as books are such special things and now they just lay here contaminated and decaying, my photographs being their last story to those who view my photos. As I created my last photo, a sudden deafening alarm shot through the building and Arkadiusz came running through the shop saying he had tripped an alarm, we ran to the car and drive away from the site. Only to return an hour or two later to the sound of the alarm still going off. In a place as desolate as this there was no living soul to hear it. We decided to go inside again and turn it off, we found a photo album that contained photographs of employers wearing the same uniforms we saw scattered in the floors. They smiled holding books, standing by the shelves with an array of brand new titles on them. Flicking through this album made me truly sad, for those people could no longer work in that store, they lost their jobs and faced a new life so suddenly away from their homes.

You can see more of Rebecca’s work on her facebook page.

GoPro Shares At an All-Time Low After Disaster Sales; Will Let Go 7% of Its Staff

The Sarcophagus’s Labyrinth: Photographing the unseen parts of the Chernobyl nuclear power plant