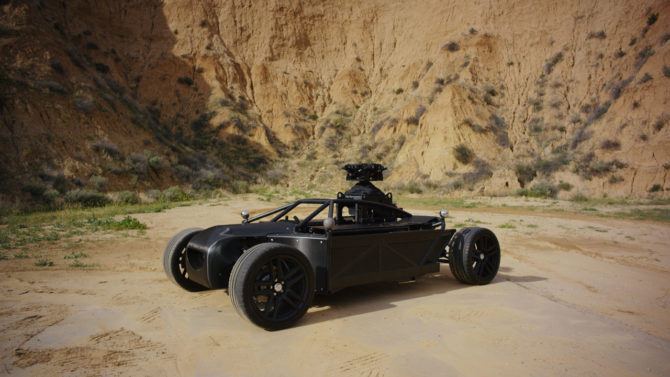 The company that brought us such amazing sequences as Jean Claude-Van Damme’s “Epic Split” and Super Bowl 2014’s Jaguar – Rendevous commercial seem like the perfect people to need a vehicle like this. As one didn’t already exist, they built their own.

London based, The Mill recently announced the Blackbird, a vehicle that can transform in length and width to match any car commercially available (and probably most of those that aren’t). Computer controlled systems also allow it to simulate the driving characteristics of those cars, for a very realistic performance in front of the cameras.

Cars are typically pretty easy to model on the computer in 3D applications such as Maya, 3DS Max, and even Blender 3D. It’s one of the first types of advanced model that any budding CG artist attempts to create.

Some new concept cars may only exist entirely in the virtual world, so actually filming them would be impossible, and animating CG vehicles realistically isn’t always quite as easy as modelling them.

This is where the Blackbird and its vast array of sensors steps in. Programmed with the driving characteristics of the vehicle, the length and width modified accordingly, it can be driven on the roads or around a circuit as though it were the real car. 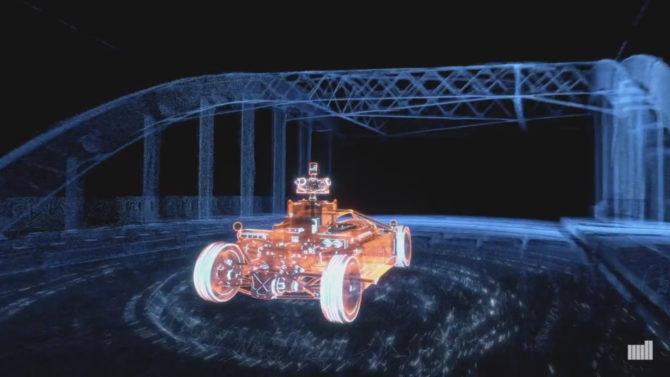 It picks up every little detail about the car’s position and velocity, its environment, how it reacts to the driver’s input, how it responds to real world physics, and generally performs from which an animation sequence can be created. The car is then erased from the footage and replaced with the CG model of the vehicle it is emulating.

It’s a bit like putting Andy Serkis in a motion capture suit and switching him out in post with a CG Gollum to get a more realistic performance from the character.

That’s pretty much what this is. Because cars don’t have the nuances of body language and facial expression, responding to the forces that are applied to it and recording that information is basically vehicular motion capture. Very advanced and physically accurate motion capture, but motion capture nonetheless.

It holds exciting possibilities for the future if production companies don’t need physical access to a vehicle in order to have it in their commercial or movie, and will certainly help to bump up the realism of CG vehicles, although the city chase scene in Tokyo drift was pretty good, despite much of it being CG.

The Mill’s Blackbird has already inspired copycat devices. The Blackburrow Millbird, which promises to do the same for aircraft. Maybe, it might by lying.

Yes, that’s right, the Millbird is a spoof, created by the folks at Blackburrow Creative, but the Blackbird is very real and I look forward to seeing some of the results that come out of its use.

What do you think? Is this the future of vehicles in the movies? Or is it just cheating? Let us know in the comments.

This Clever Strobe Case Transforms Into a Reflector