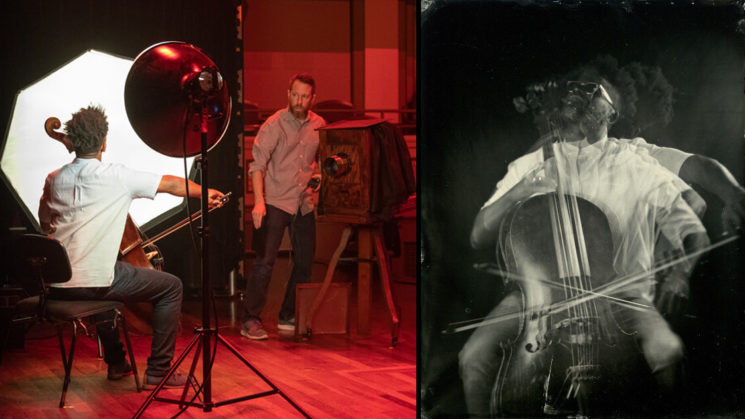 During this year’s STORY conference in Nashville, TN, photographer Blake Wylie turned one “half-crazy” idea into reality. He transformed Schermerhorn Symphony Center into a massive darkroom and created a tintype live, on stage, in front of 1,400 people. It was challenging, but he did it – and he kindly shared the details of this fascinating project with DIYP.

The whole thing started on Twitter merely as an idea. Blake has been working with STORY for the past two years, creating tintypes for the conference’s speakers and VIP guests. However, this year he was one of the speakers. And other than speaking, he was also supposed to do a tintype live, on stage, and fully out in the open. Blake admits there was a good chance of failure, but he took a risk nevertheless.

“The planned shoot was going to be of a live musician who would be performing on an open stage,” Blake explained on his blog.

“How does one prepare for this? Well, luckily, I have children who are *sometimes* cooperative with my crazy photography experiments. I handed my 5-year-old daughter an old banjo, setup outdoors at night next to the garage, and told her to pretend to play. Not only did I want to get the lighting close to right, but I also wanted to convey movement. Two test shots later, I felt like I was ready.”

But creating a tintype isn’t only about taking the shot. What about creating a huge dark room? Blake says that an expert lighting and video team helped him to work through everything. They figured out the timing of dimming the house lights, lighting everything red, and making sure that the entire space stays free from any external sunlight.

“I was not too worried about extra ambient light from aisle lights, exit signs, or even people’s phones. Wet Plate photography has an effective ISO of under 5, so as long as we didn’t get anything full spectrum or UV, we *should* be good.”

So, the day of the conference arrived. Blake was the first speaker, photographing Okorie “OkCello” Johnson. Along with the brief talk, he poured the plate; sensitized it, exposed, developed, and fixed. Blake says that he could feel the anticipation from 1,400 in the audience. I can imagine the atmosphere! To everyone’s joy, Blake’s triple exposure image was successfully made, and it looks fantastic. 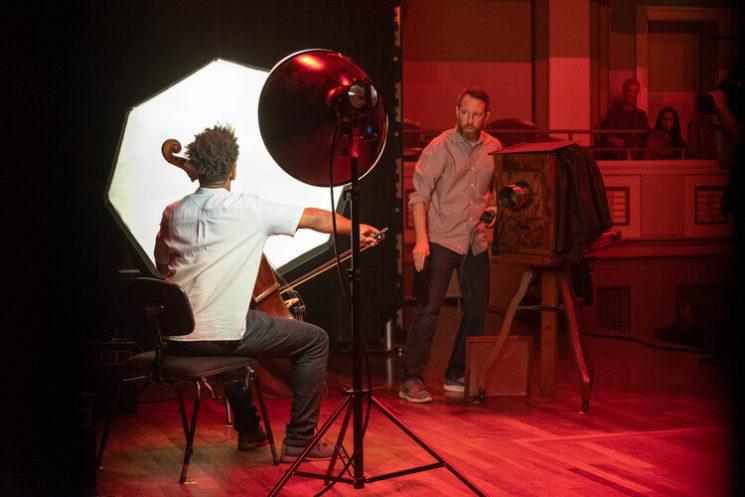 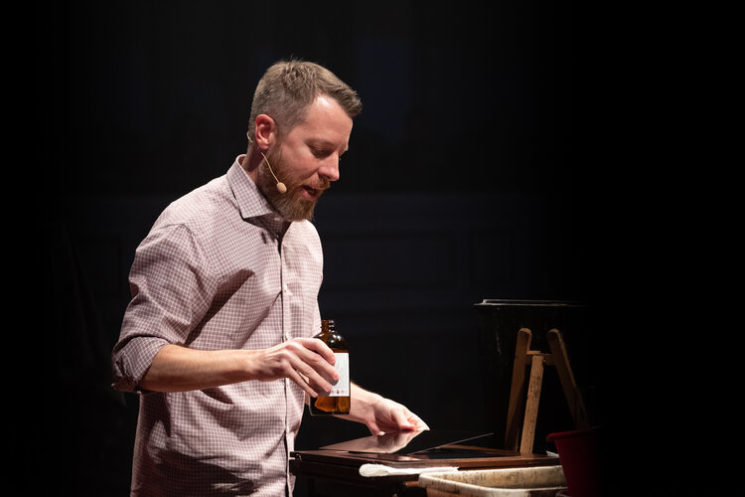 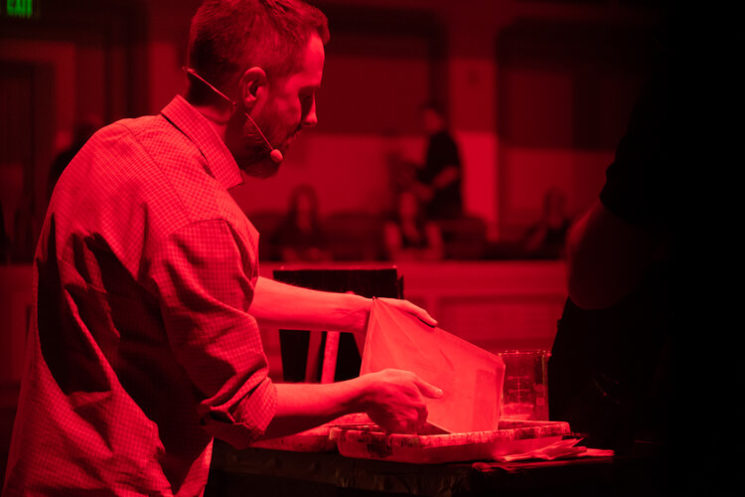 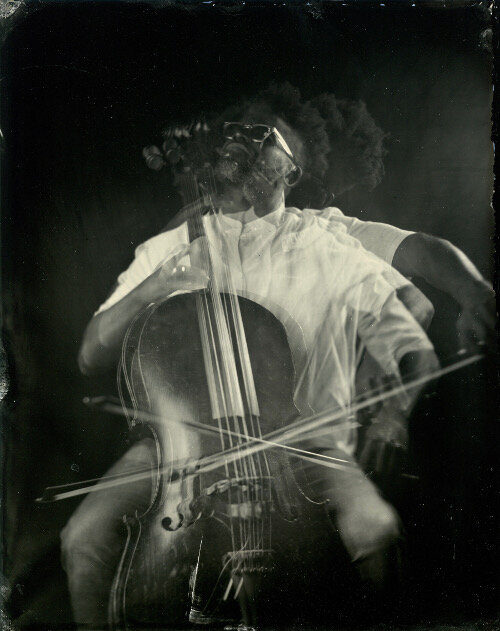 “While we didn’t have Guinness on hand to tell us for sure that we had just created the world’s largest dark room, in that brief moment, I’m sure that no one else had one larger,” Blake writes. “Next time, we will have [Guinness] on standby and ready.”

Blake creates some beautiful tintype images, and I’m looking forward to seeing what his next project will be. So, make sure to check out more of his work on his website, and give him a follow on Instagram.

A Nikon Symphony: Music Made With Nikon Gear

This car transforms into any vehicle you want in post production

« Should you upgrade to the Sony A7R IV? If you have to ask the question, probably not
Newest iOS 13 developer beta shows some insight into Apple’s new “Deep Fusion” AI photos »