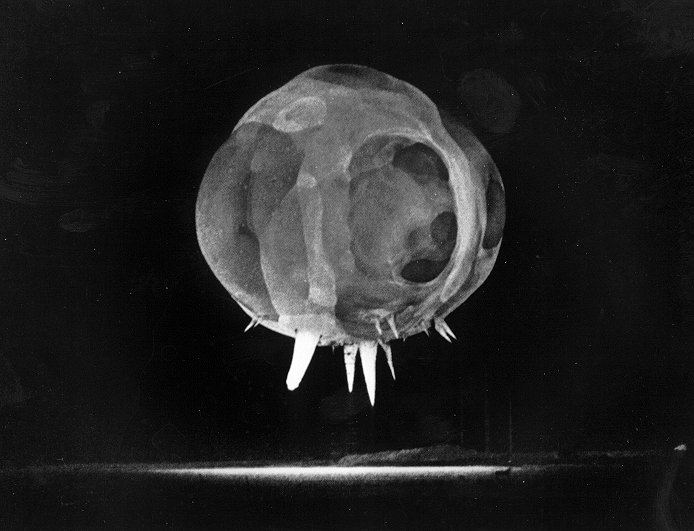 If taking photos of speeding bullets is hard, imagine how hard it is to take photos of a nuclear bomb going off. (I mean aside the obvious issue of having yourself and the camera being completely decimated if you were at any reasonable distance).

I mean, if you developed a nuclear bomb, you wanna see how it works, right? Well the fire call created by the explosion was created so fast and expanded so rapidly that it was virtually impossible to capture. That is until professor Harold Eugene “Doc” Edgerton of MIT invented the Rapatronic Camera.

That camera is quite an achievement in today’s terms, and nothing short of a miracle for 1940’s. The Rapatronic Camera (short for rapid action electronic camera), as damn interesting notes is a

single-use cameras were able to snap a photo one ten-millionth of a second after detonation from about seven miles away, with an exposure time of as little as ten nanoseconds. At that instant, a typical fireball had already reached about 100 feet in diameter, with temperatures three times hotter than the surface of the sun

Impressive isn’t it? How was it done?

Of course, capturing 10 nano-seconds of light is not something you can do with moving part. But even worse, if you wanted to capture a series of those photos, there is no way you can move the film fast enough. So, just like the famous horse from those early film days, several cameras were positioned and tuned to different intervals after detonation.

Damn interesting explains the mechanism of the camera, which is very similar to using a circular polerizer, only instead of torating the filter, they rotated the light:

The rapatronic camera lens included two perpendicular polarizers, which prevented any light from entering… but sandwiched in between them was a Kerr cell. When the Kerr cell was energized, it affected all of the light which passed through the first polarizer by rotating its plane of polarization by 90°, realigning the light to match the second polarizer. This allowed the light to pass through both polarizers whenever the Kerr cell was provided with electricity, which is exactly what was done for 10 nanoseconds at the critical moment

Wikipedia provides a big collection of those hellish balls of fire (photos by Federal Government of the United States [Public domain], via Wikimedia Commons) 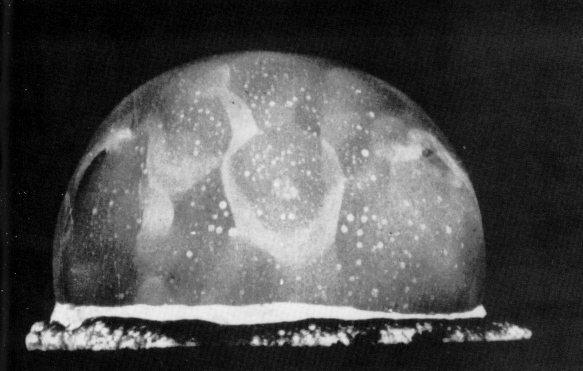 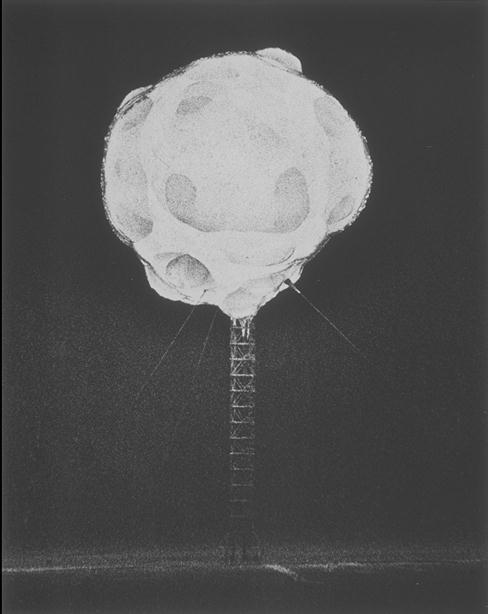 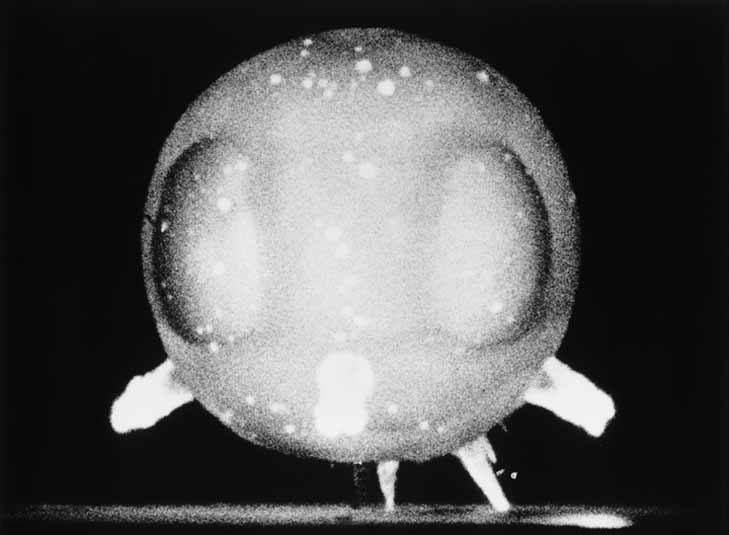 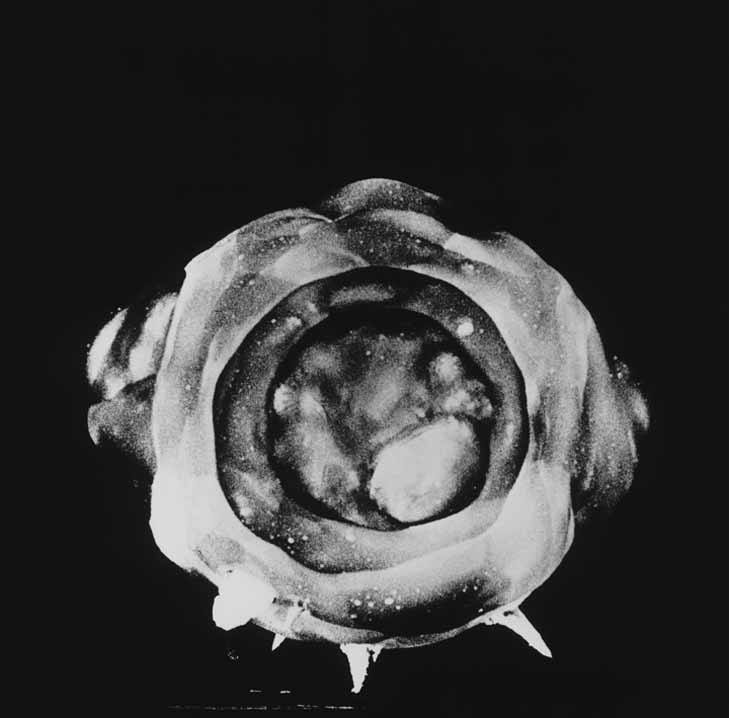 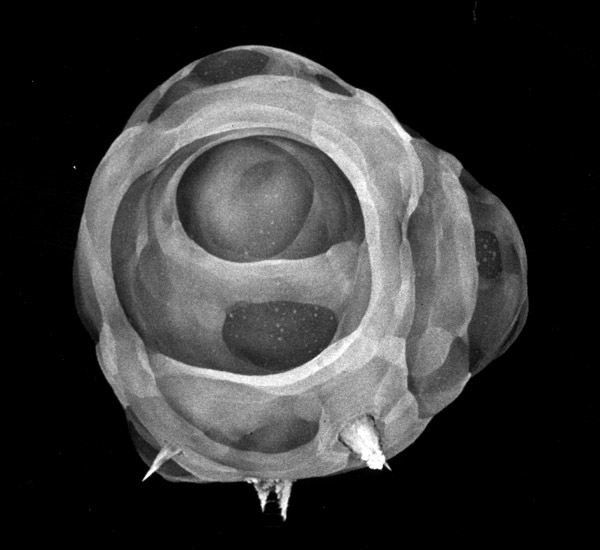 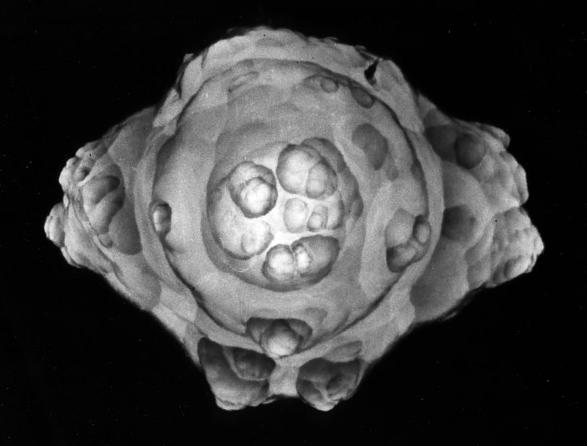 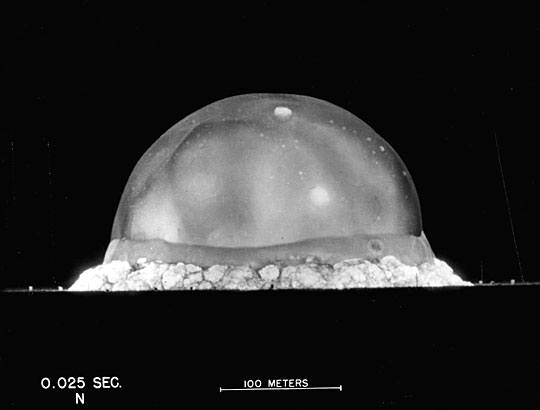 The ten-second reminder for successfully retouching photos of people