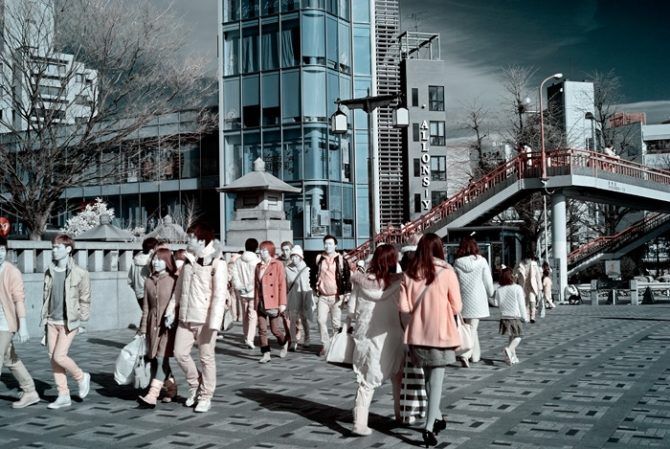 After returning to live in Tokyo 2012, photographer Philipp Zechner notice a shift in the behaviour and attitudes of the people there.  Gone was the optimism that had long ruled the country, replaced by fear and uncertainty for the future, and Philipp decided to document what he saw in a project titled Tokyo Radiant.

This year marks the fifth anniversary of the devastating earthquake that shook Japan in 2011, which destroyed many towns in the coastal regions of the north east, eventually leading to the meltdown of the Fukushima nuclear power plant. 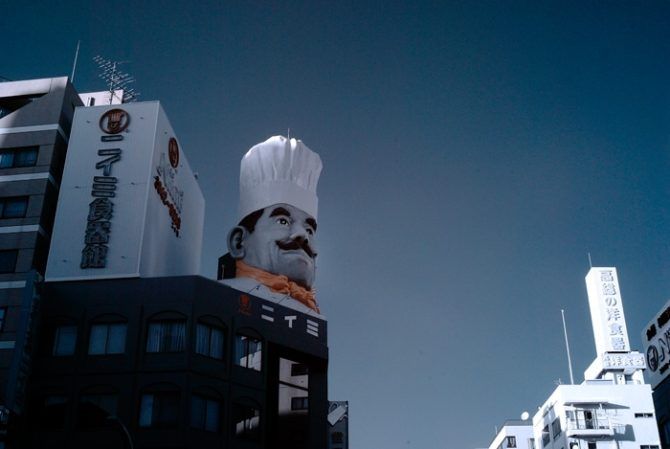 With the project now complete, Philipp spoke with DIYP to tell us more about Tokyo Radiant, what it means to him, and the equipment with which he shot it.

I had lived in Japan from 2004 to 2007, so I knew the country and had friends there.  I did some small jobs, shot stock, and at one point started photographing the streets of Tokyo at night.  The idea behind that series was to show seemingly ordinary street scenes in a light that would move the audience toward taking a second look, discovering details that would usually be overlooked.  That series got published by Berlin-based publisher “Parthas Verlag”, which was kind of a breakthrough.

When given the chance to work there in 2012, I did not hesitate to pack my suitcases and move back there.  I had experienced larger earthquakes before, like the 2004 Chuetsu earthquake in Niigata, and had always admired the Japanese attitude towards disasters (pretty scary for me as a person from a country without floods, earthquakes, and thunderstorms). 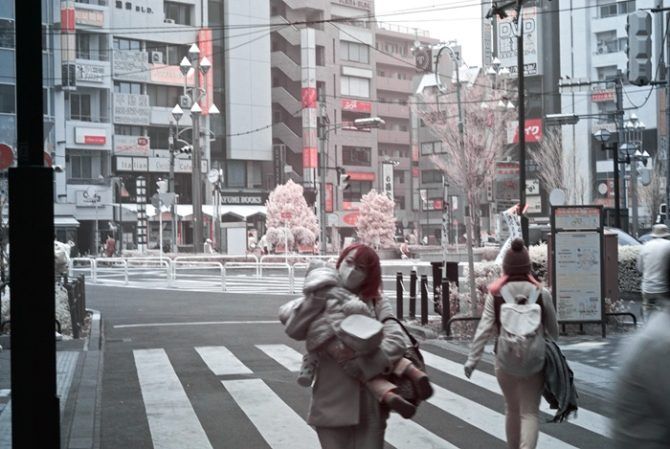 This time, however, I felt things were different.  There was a general sense of insecurity, and while before everyone has tended to forget about it and move forward, I felt that this was not possible anymore.  May have to do with the collapse of the Fukushima nuclear plant, or maybe also with the dimension of damage when compared to a “normal” earthquake. 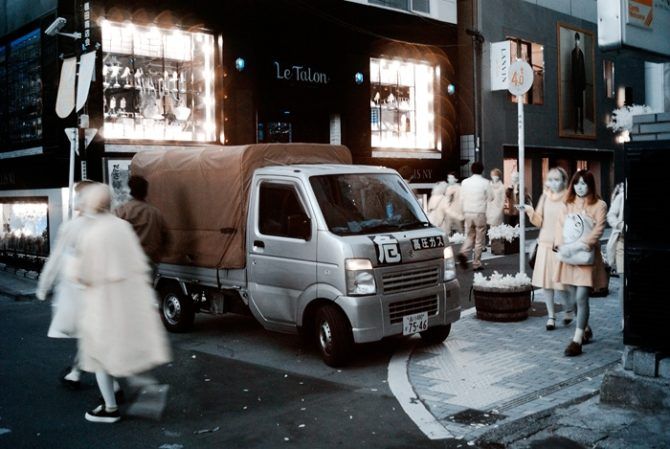 Philipp told us about his goals with this project and what he was trying to achieve with it.

My goal was to make the atmosphere after 3.11. visible.  I noticed this change in general mood and looked for a way to express it in pictures.  I experimented a while before finding the right medium, but in general, my goal has stayed the same: Capturing an aspect of life at a given place and time, using the right artistic means. 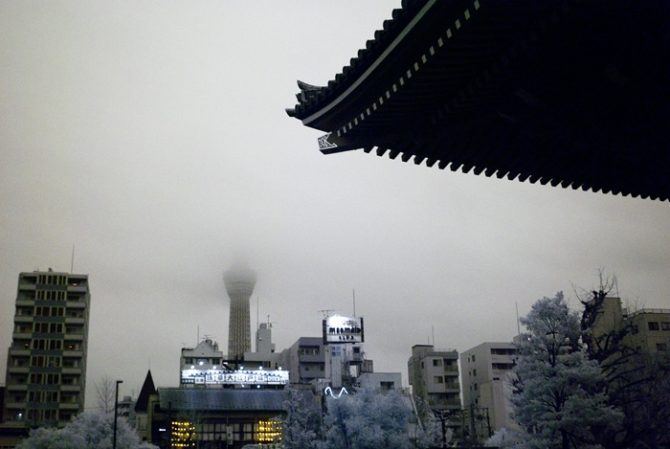 We asked Philipp if it was a difficult transition to make, moving back to Japan after such a major event.

After the 3.11. events, many friends were concerned about me going back to Japan.  They were worried about radiation (there has been a strong anti-nuclear movement in Germany since the 80s), about general safety…  On the other hand, for most of my Japanese friends live simply went on, they had no choice to make, they had to deal with the situation, so I felt I would be able to do so as well.  I admire the calm the Japanese can exhibit, but the feeling of unease was there.  Everyone was in some kind of zombie mode, just doing what had to be done, but people were definitely worried, and that was hard to witness. 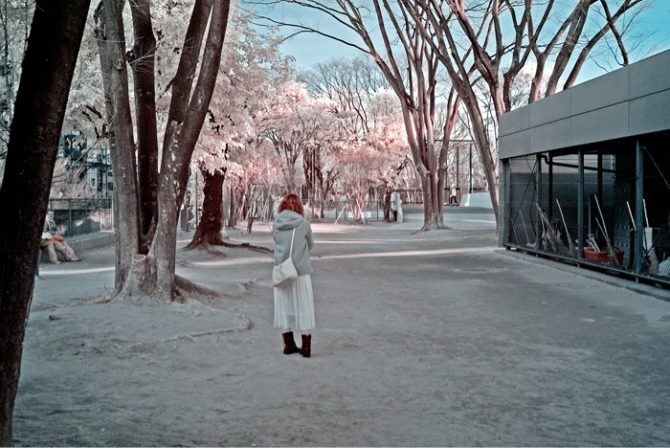 Shooting the entire project on infrared was an interesting choice.  Philipp told us a little more about this, the technique and the equipment he used.

While experimenting, I found an already converted Nikon D80 on Yahoo auctions and bought it.  The big advantage over using IR conversion filters is that you can shoot handheld with a converted camera, resulting in more lively pictures.  I most commonly used it with the AF Nikkor 28-105mm 1:3.5-4.5D, an older mid-range zoom lens that works admirably with IR.  Most single focal length lenses tend to have a hot spot, but this one works well throughout the whole focal range.

Much like black & white, I find that framing through the optical viewfinder works best.  Liveview is a nice feature, but I believe that the image needs to be inside one’s head before all.  It takes some time to learn “seeing” in black & white or IR, but at least in my case, taking the abbreviation of composing in liveview would not have worked because I feel one needs to understand his medium in order to get the most out of it. 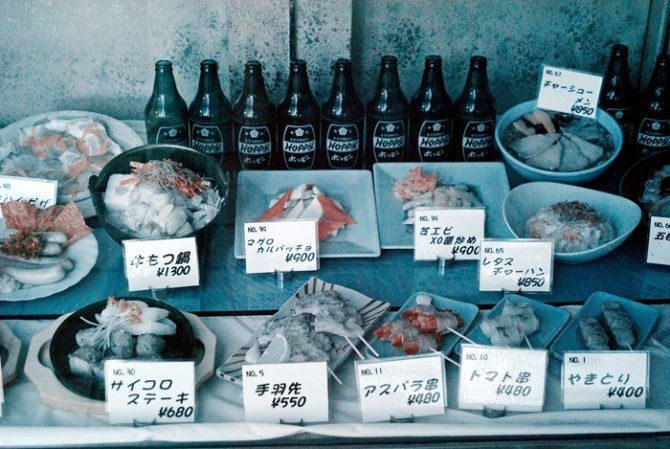 For other projects, I use a Nikon D800 nowadays, though I used to own a Mamiya 7 for years and truly admired it.  My preferred focal length is pretty standard, somewhere between 35 and 50mm.

Philipp also provided some insight into his post work on the images after he shoots them.

I find that IR photography is a lot about post processing, as the pictures as they come off the camera usually look a bit dull.  The look I wanted to achieve was somewhat retro, like that of hand-colored photos, with a bit of a psychedelic touch.

I start with a PS action that I wrote (there are lots of them on the web, nothing special).  Afterwards, I usually tweak exposure/curves, sometimes I touch colors, but the basic match is between motive and general style. 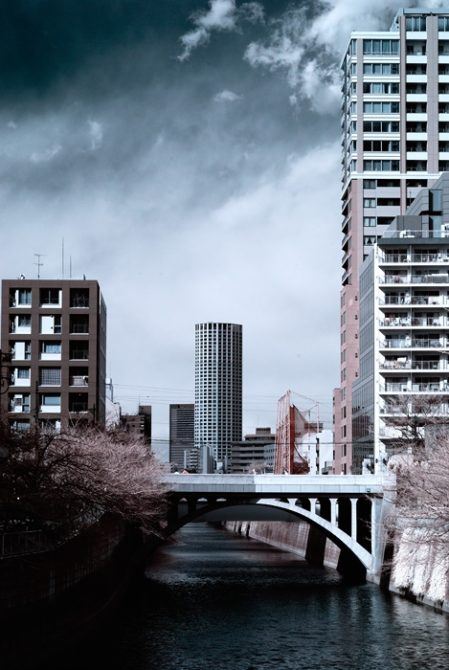 We asked Philipp if there was a future for this project, if more images would be created for it, and whether it would be exhibited.

I have completed this project and, with the distance of 5 years now, I feel it is ripe to be turned into a book.  I wanted to wait some time to make sure the pictures still work, and I feel they do.  With the Tokyo Olympics ahead, mood has shifted again towards optimism, but thousands of people still live in temporary homes.  The time is right for this project, I feel.

I am in contact with galleries and NGOs.  Japanese NGOs still do a great job, and I have linked some of them on my homepage, but there is a general tendency towards pushing this topic away as many people feel it puts their country in a bad light, which I find regrettable.

We would like to thank Philipp for taking the time to share his story and work with us.

Tokyo Radiant is being turned into a book, funded through an Indiegogo campaign where you can preorder the upcoming book, and purchase Philipp’s previous book “Tokio im Licht der Nacht” (“Tokyo in the Light of the Night”) created in 2008.

You can see the complete project on the Tokyo Radiant website, and you can find out more about Philipp on his website.  Images used with permission.

« These photos of nuclear explosions were taken one ten-millionth of a second after detonation
Getty to Google: ‘Get the high res photo off your image search page’ »