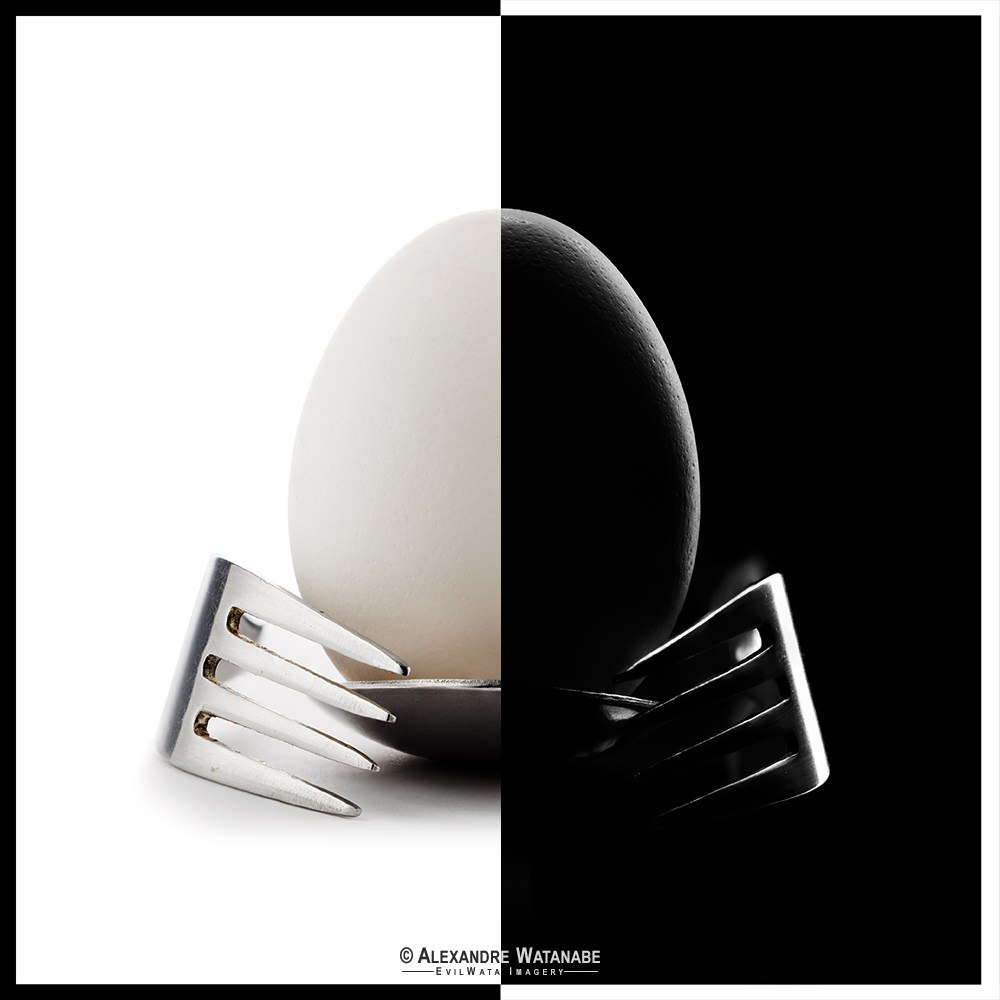 Lighting is often a serious point of conversation; soft, hard, broad, short, high and low key etc… it can really go on extensively, so when I saw this photograph by Alexandre Watanabe I just had to get in touch to see how he did it! I mean, its just an egg, right? Yet Alexandre lit it in two very opposing ways, and did each one perfectly. Understanding both lighting setups, one of which the elusive dark field setup will probably add Lighting-skills+12 to my score.

JP: Hey Alexandre! Can you take us through the process here, how did you go about setting this up? What was your lighting placements like etc?

AW: The process was really simple, but took more effort on the preparations before shooting actually, like cleaning the forks, spoon, egg and surface, placing all the elements where I wanted them to be and just set the lights after. Cleaning saves a lot of time in post production.

I put the camera on the tripod to frame and focus it, then took the shots. I had the final idea in mind since the beginning of the shoot, so the photography part was pretty easy.

About my lighting; It was a Nikon SB-910 triggered with the pop-up flash, a softbox behind the composition, a black foam-board piece and 2 DIY white reflectors (black foam-board, but some A4 sheet clipped on it to bounce light). The placement of the elements you can see on the light diagram *points below*. 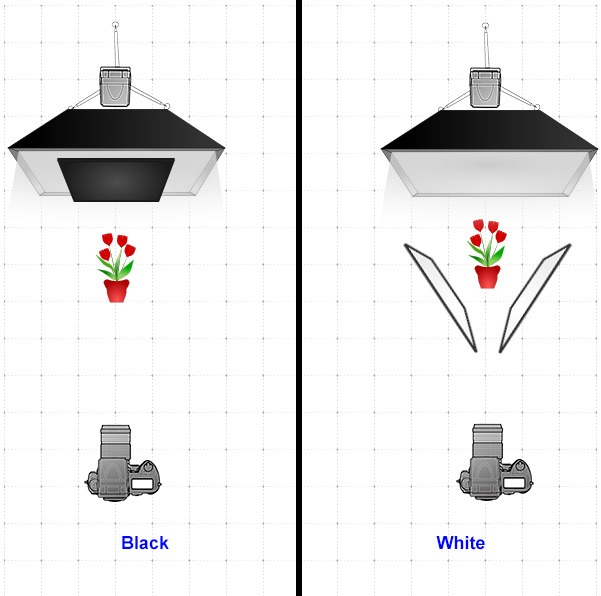 JP: Very nice indeed! How did you go about getting that killer Yin-Yang style? Did you invert the colors or (I’m assuming) re-shoot?

AW: Yeah, actually I never thought about just inverting the colors in post, and even if I did it, the end result would be very different (and ugly I think), I’ve done some shots like this one before as can be seen on my FB page etc, so the idea / setup was pretty clear in my mind and was easy to set up everything.

In fact, even the lighting on the white part was different because I didn’t want it to be like an inverted image, but really a different style and mood.

JP: That’s ace! And some great commitment to shoot it twice! I totally agree on the aspect of inverting the image destroying the beauty here, the highlights would swap etc. How did you go about processing this picture?

AW: The processing part was to develop the RAW files (nothing crazy since I’ve got both images almost the way I wanted it to look in camera), I opened it in PS, added a mask on both layers and stylized it with just a solid color adjustment layer (one filled with black and another filled with white), add my logo and play with it on the exact same idea of the Yin-Yang style.

JP: Great! Sounds like a classic case of getting it right at source.

AW: Yeah, I’m not against post processing at all, because usually I shoot to edit later (composites for example), but I think that it’s very important to get how you want it to be in camera (the way which will help the most), since it’ll prevent a lot of work later in post. It’s as you’ve said, just add the extra touch on it after.

JP: Thanks so much for your time Alexandre! Keep up the great work!

AW: Thank you Joseph and keep up the great work too man!

FAQ: So Your Company Has Been Found Using Alex’s Photographs Without Permission. What Next?

« You thought that Google Glass was bad? Sony wants to make a contact lens camera
First look at the Lensbaby Twist 60 »