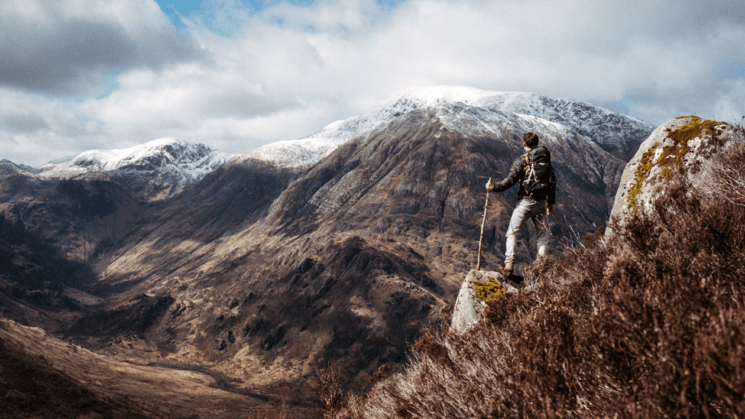 There’s something very special about Scotland’s wilderness. It has a landscape like few other places in the world. Dutch photographer Tom Kluyver decided to visit Scotland for himself recently, along with his friend designer, Matthijs van Leeuwen. The pair spent a week exploring some of what Scotland has to offer, and decided to document the trip with film.

Specifically, Tom chose a Hasselblad XPan 35mm panoramic camera loaded with Kodak Portra film. Tom admits they weren’t fully prepared for what lay ahead of them, but that’s what makes trips like these so great. You never really know where you’re going to end up, or what you’re going to see.

Shooting film on a trip like this can be a tricky prospect. With Scotland’s weather being as random as it often is, it can be a constant battle fighting with the ISO of your film and shutter speed limitations to get a good exposure. Especially when you don’t know where you’re going to be from one day to the next.

Tom got in touch with DIYP to share some of the photographs he created during the trip.

One of the great things about Scotland, and photographing its landscape, is that you can camp pretty much anywhere. There are restrictions in some parts during certain times of the year, but generally speaking, you can camp wherever you like. Very handy to capture those late night sunsets and early sunrises.

I spent some time in Scotland myself last month. 10 days exploring and hanging out with friends, and it’s just never really enough time. Every single day offers new sights to see, and adventures to discover. Tom’s photographs are making me realise just how much I miss the place already.

Shooting panoramics is usually the way to go when you’re in an environment such as this. The views are just too vast to capture otherwise. Even with an ultra wide lens, you really don’t get that sense of scale with the landscape. During my own visit, I tended to shoot multiple images with my Nikon D800 to stitch on the PC. The Hasselblad XPan definitely seems to be working for Tom, though.

You can find out more about Tom on his website, and see his other panoramic adventures around the world on Instagram.

I think I might just have to pick up a panoramic camera for the next time I go back.

See the world through the viewfinder of the panoramic Hasselblad XPan

« A couple wants photographer to document their marriage consummation
How to enhance colors in sunset photos with a single layer, and get optimal results »