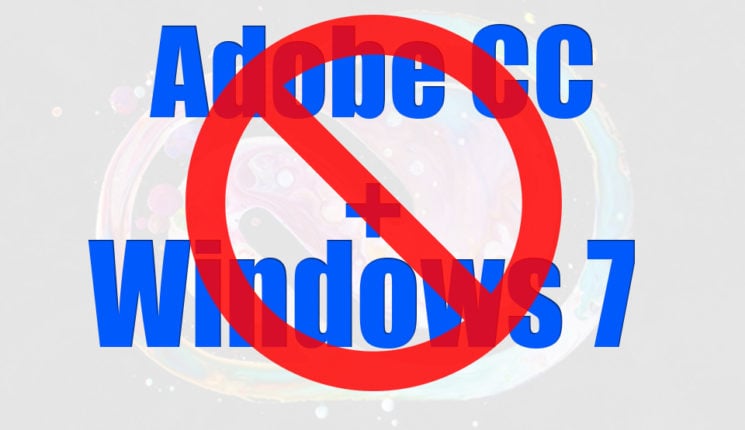 If you still run an older version of Windows or MacOS and use Adobe CC programs, we have some bad news. Adobe has announced that the next major Creative Cloud update will no longer support older versions of operating systems, such as Windows 7, 8 and even some versions of Windows 10.

In the statement, Adobe writes:

To take advantage of the latest operating system features and technologies, the next major release of Creative Cloud will not support Windows 8.1, Windows 10 v1511 and v1607, and Mac OS 10.11 (El Capitan).

If you’re running any of these operating systems, note that you will be able to run and install any current and previous versions of Adobe Creative Cloud programs. However, if you want to install the next major update, you’ll need to update your operating system first. Adobe adds that “Creative Cloud Desktop, which manages application installs, will continue to be supported on Windows 7 or later and Mac OS X v10.9 or later.”

Personally, I know lots of people who still use older versions of Windows. I myself still use Windows 7 and don’t plan to change it. So I believe this will be really inconvenient for many creatives out there who regularly update their Creative Cloud programs.

According to Adobe, focusing on more modern versions of Windows and Mac OS will allow allows the company “to concentrate on developing the features and functionality most requested by members.” It will also allow them to “ensure peak performance that takes advantage of modern hardware.”

After the last major Lightroom update, Adobe mentioned that the improvements will “scale appropriately with a customer’s investment in hardware.” But now it seems that you’ll need to update the operating system too if you want to get the best performance from the upcoming CC programs. Or to have them working at all.

Update: we have heard from Adobe about the future updates. And there is some good news for photographers: it’s only Adobe video and audio tools that aren’t supporting Windows 7. As for Lightroom and Photoshop, they will still support the OS. For more information, head over to Adobe blog.

« Want to verify your Instagram account? Here’s how to request it from the platform
How to use your LED modelling lamp for long exposure photography »