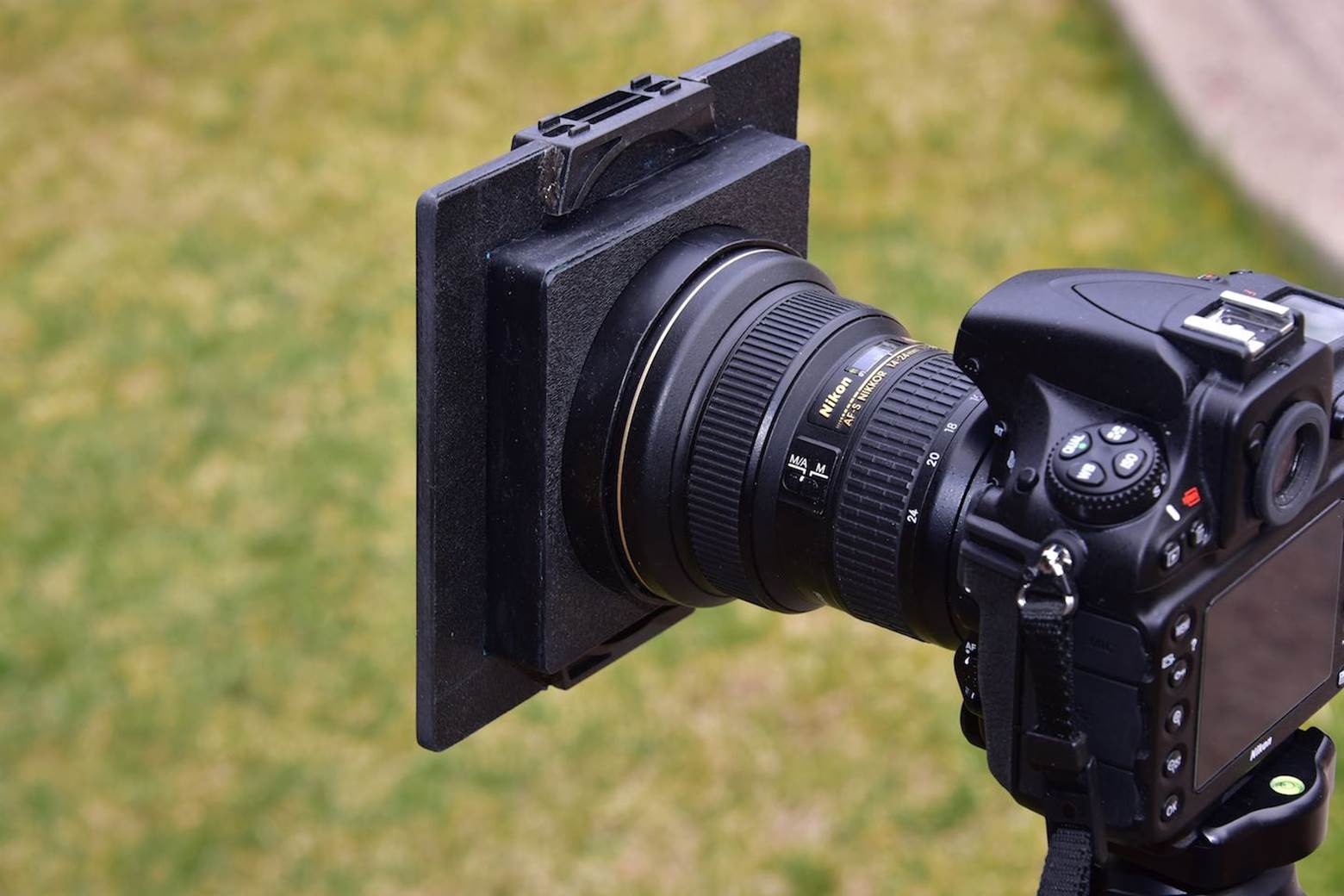 I love my Nikon 14-24mm lens but it has one drawback; you can’t put filters on it. Not that one needs to use a huge selection of filters on ultra-wides but if you’re doing certain kinds of photography being able to use an ultra-wide combined with ND filters makes the composition or time lapse more interesting. Lee filters, the company that makes really cool kind of pricey large resin filters, has developed a holder for the 14-24mm lens and it’s equivalent in the Canon world. The downside of this is, the basic holder is $200 which needs a lens adapter, for another $100, to which you add the actual filter, around $150. So what you have is a filter and a holder that costs about a third as much as the lens to begin with, $450. 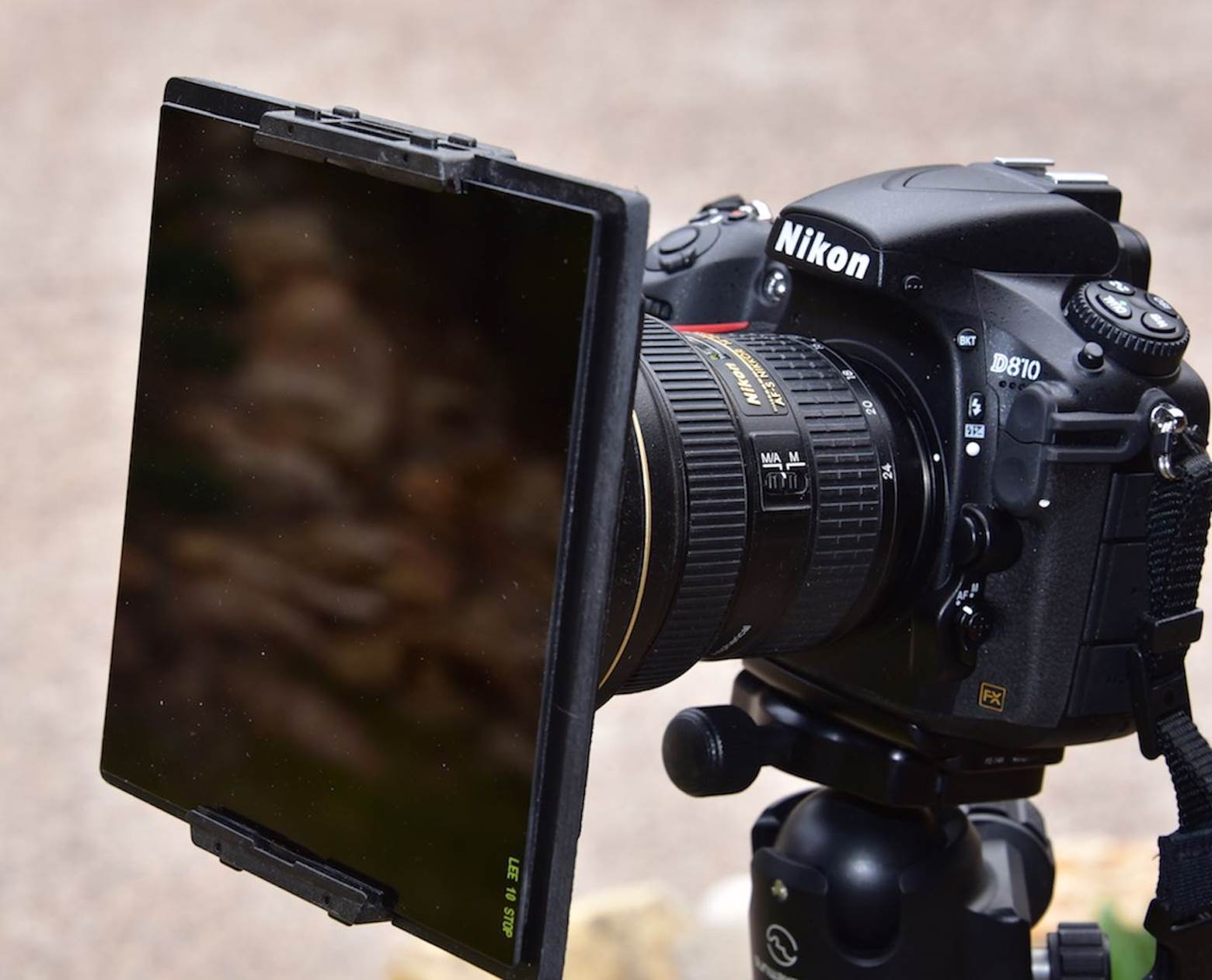 While I can understand paying $150 for the big stopper ND filter, I really can’t wrap my head around the $300 for the holder. So I looked at my options and decided I could make something for less than 10% of the price. Other people have tried the same thing with good and bad outcomes. The best idea, I kind of lifted from one project, was to use the lens cap to adapt your holder to the lens. The lens cap for the Nikon 14-24mm lens costs $19.95 from Adorama or B&H. The upside of getting the lens cap is, I hardly have a lens that couldn’t stand a brand-new lens cap, so I could use its old one for this project. The other thing you need is a 2 gang, grey PVC half-inch junction box from Home Depot, costing about $3. You will also need a bit of 1/16 inch black ABS sheet material, some ABS glue and some ABS/PVC transition glue. 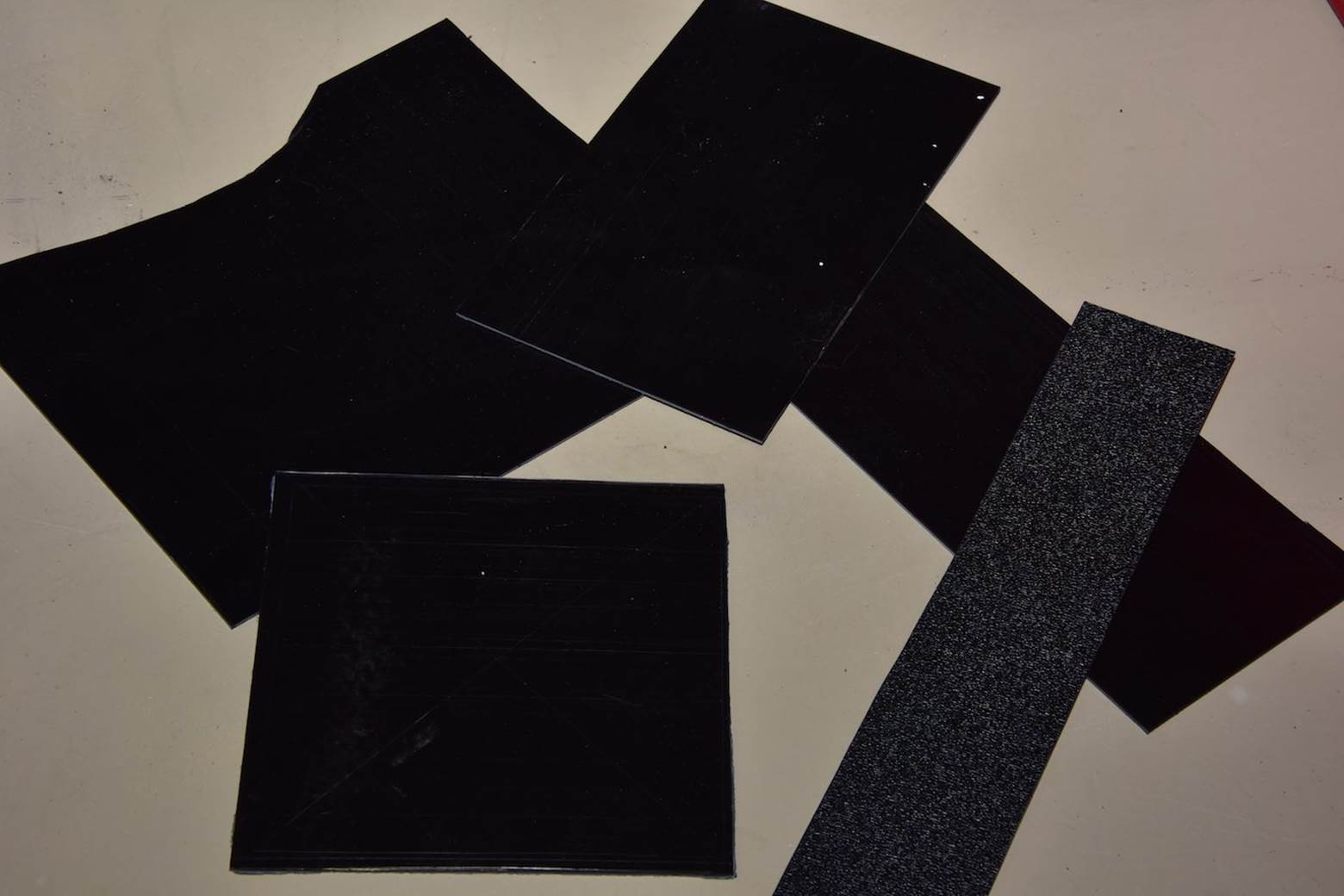 You start off by taking three sheets of the black ABS cut into 160 mm squares. You then cut 105mm squares out of the middle of the 160mm sheets. The ABS sheet is best cut by scoring it a couple of time with a razor blade and bending, it will snap along the scoring. Practice with a bit of scrap and use a metal ruler to guide the blade as you score the material. You put ABS glue on one side of two of them, stack them to laminate them together into a ridged unit. You then take the 105mm squares you cut from the previous sheets and do the same, laminate them together. You can use the time while all this is stacked up (put something heavy on the sheets to force them flat together while setting up) to cut approximately 3/4” off the junction box. I used a hacksaw and scored it all the way around (3/4” of an inch is the most you can remove before the projection for incoming conduit kind of messes up the junction box.). Once you have cut the part from the junction box, use a sheet of sandpaper on a flat surface to sand the cut edge flat by moving the part in a circular motion on the sheet of sandpaper. Use some diagonal cutters to snip off the screw projections and sand the remainder flat. 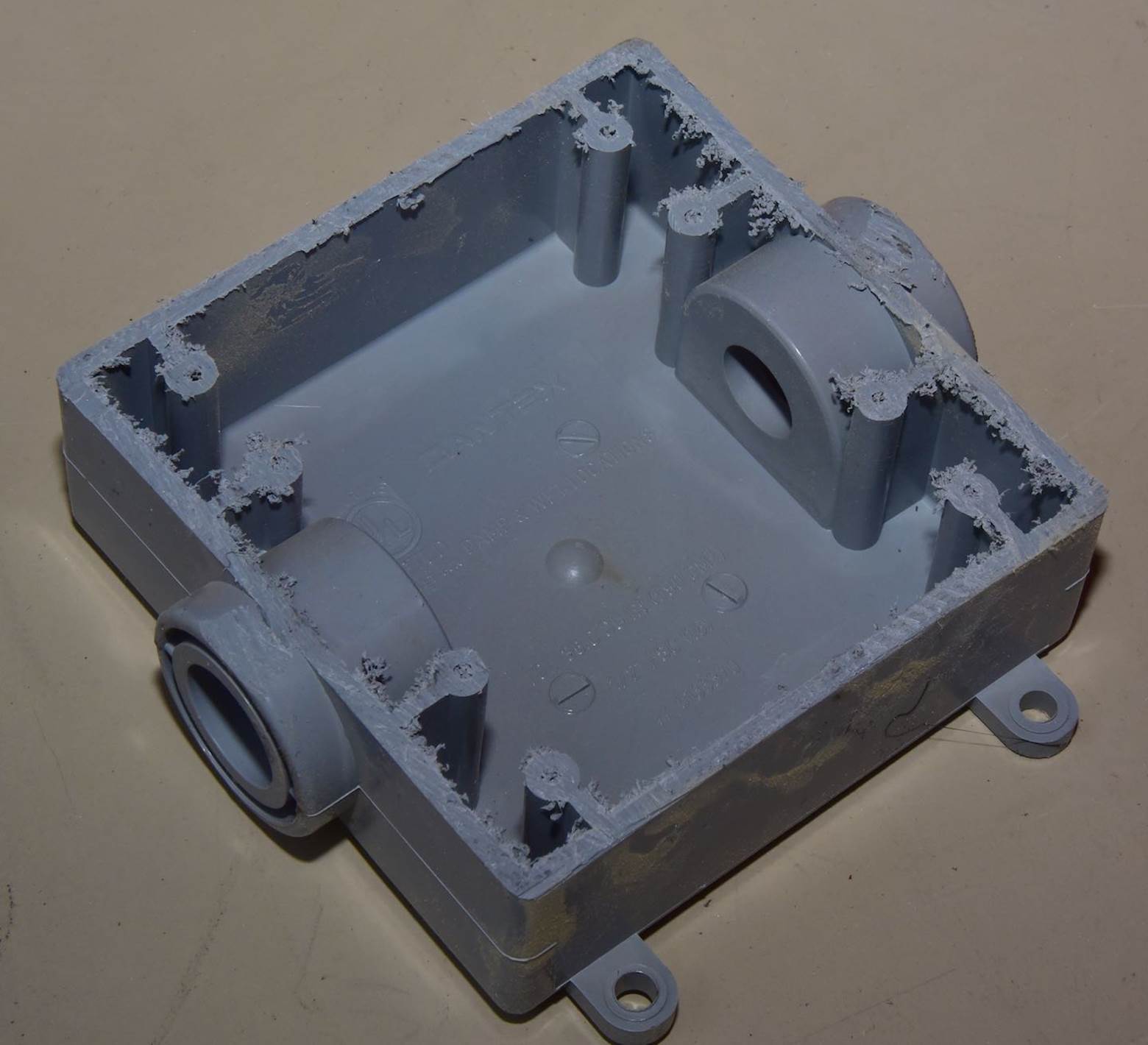 Each set of laminated ABS needs one more layer. Now laminated, your sheets should be nice rigid structures, but you still need two more sheets, one more160mm sheet with around a smaller square hole in it. This is so the larger piece will have one sheet with a slightly smaller hole in the middle and the small set will have to have a piece slightly larger to extend out as wide as the junction box. This allows the junction box part to fit into the square hole that will be present when you laminate this sheet to the other three as before. The small set will slide into the junction box with the larger piece acting as a cap and the large set will have a cavity that the junction box will fit into. You want the smooth surface of the sheets to be the surface the filter will slide against. The junction boxes do vary in size depending on the supplier for Home Depot in your area. So you may need to make these sheets to correspond to the actual size. All this allows each set to have a proper gluing surface to the junction box. Before you glue it all together, you need to locate the center of the small stack and drill a 4” hole in the middle. I just happened to have a 4” hole saw from a boat project. 4” gives you nearly an exact fit with the lens cap and it will allow the modified lens cap to friction fit inside the hole. Now this is where the transition cement comes in. You use that to glue your stacks of ABS sheet to the junction box part, which is PVC. Unfortunately this glue is bright green. I got rid of its awful look and probably image affecting green presence by painting over it with some flat black paint. If you want, instead of the transition cement, you can also use the JB Weld Quick, used in the next step. It is gooey and does not wipe off easily. You can clean it off in spots with isopropyl alcohol. 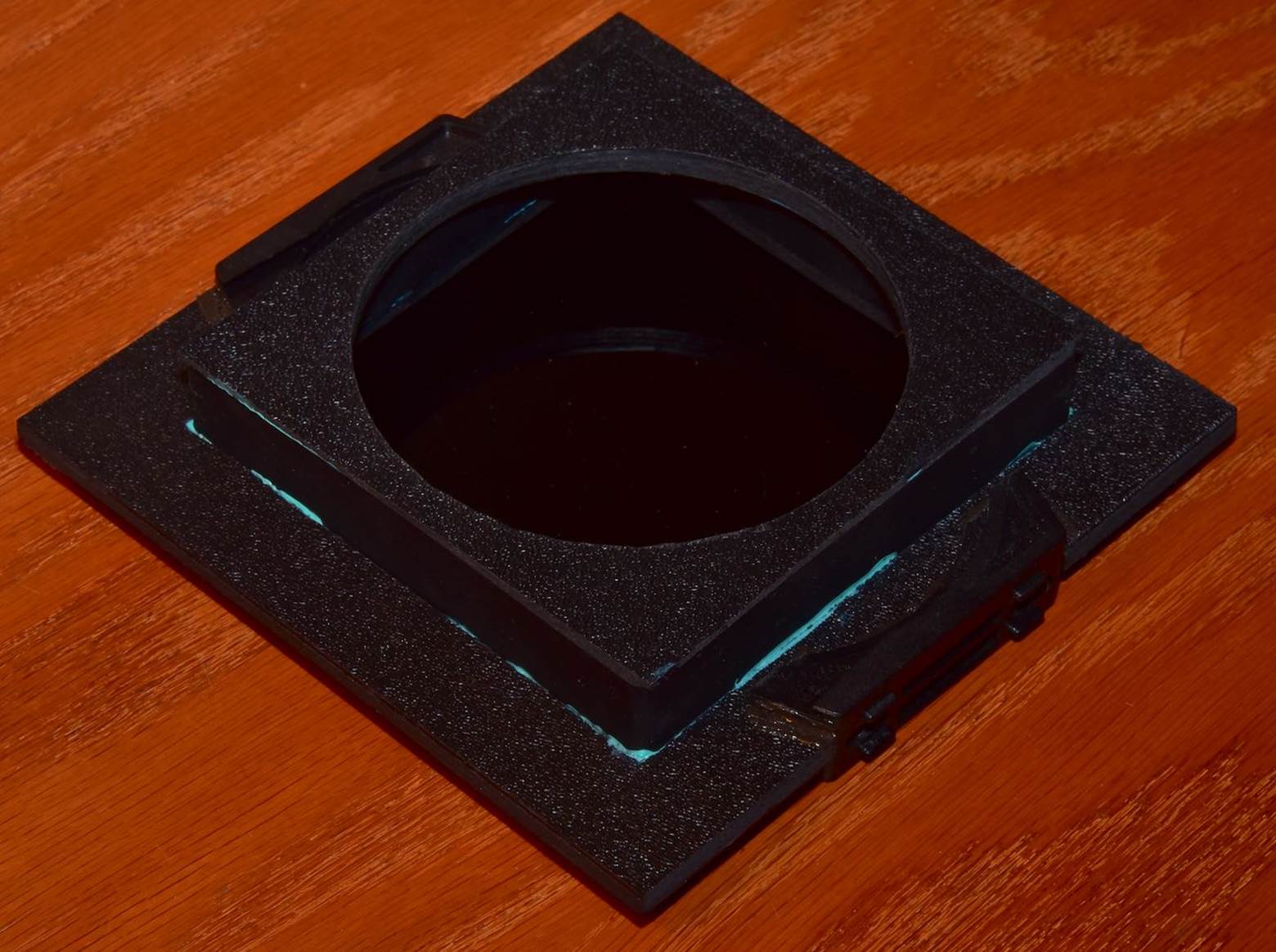 There is one other aspect to this project, you need an old Cokin P series filter holder. A series A holder would work as well, it just has a smaller gripping surface. I still had a P series one in a box somewhere that was left over from when I thought all those filter effects where cool. Cut it in half, the holder channels will hold the Lee filters perfectly. At some point, you need to make two trapezoidal cuts out of the sheet to poke through the parts of the Cokin filter holder. Since it is made from some kind of mystery plastic, I used JB Weld Quick to hold them on. Some judicious filing of the flat on the holder face of the Cokin mount is in order to make it lie flat onto the ABS, it has some ridges on it for some unknown purpose. The glue looks somewhat messy as my trapezoids where not perfect and I had to slide the holders to the position where there outside edge is flush with the side of the backing. Set everything aside for all the glues to set. Once it is all set up, I brushed on some flat black paint to cover the bright green glue and the grey of the junction box part to eliminate any possible glare. 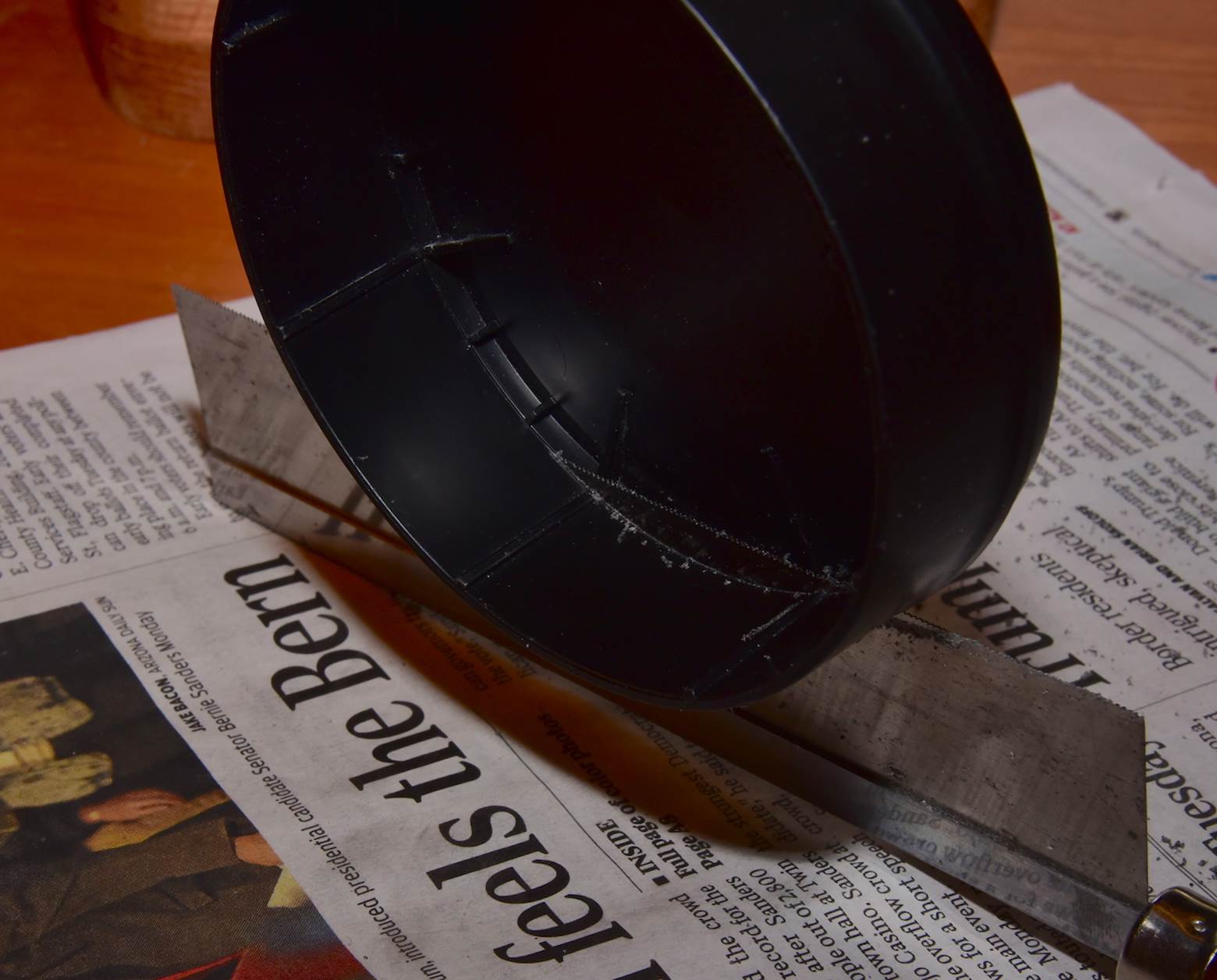 You then need to cut off the front of the lens cap. This plastic is actually very resistant to being cut. I used fine cabinet razor saw (Exacto makes a cheaper blade to this as well) to carefully cut the top off right at the ridge, which makes a nice guide for the blade. Be patient as to not sever parts of your body, which would make this project more expensive than just buying it in the holder in the first place. The ridge left on the cap acts as a stopper for the mount and holding it tightly in place. The whole thing slides onto the lens and stays firmly in place.

So this project cost me just under $30, considerably cheaper than the Lee unit. It works just as well and the filter, which has some foam glued in place from the factory, seals up to the face so no light leaks. I also have the straight 14mm AF-D lens. While it can take gel filters on the rear of the lens, you cannot find 9 stop cut-able gels to fit in the rear slot. So I may make an adaptor for it as well in the future. 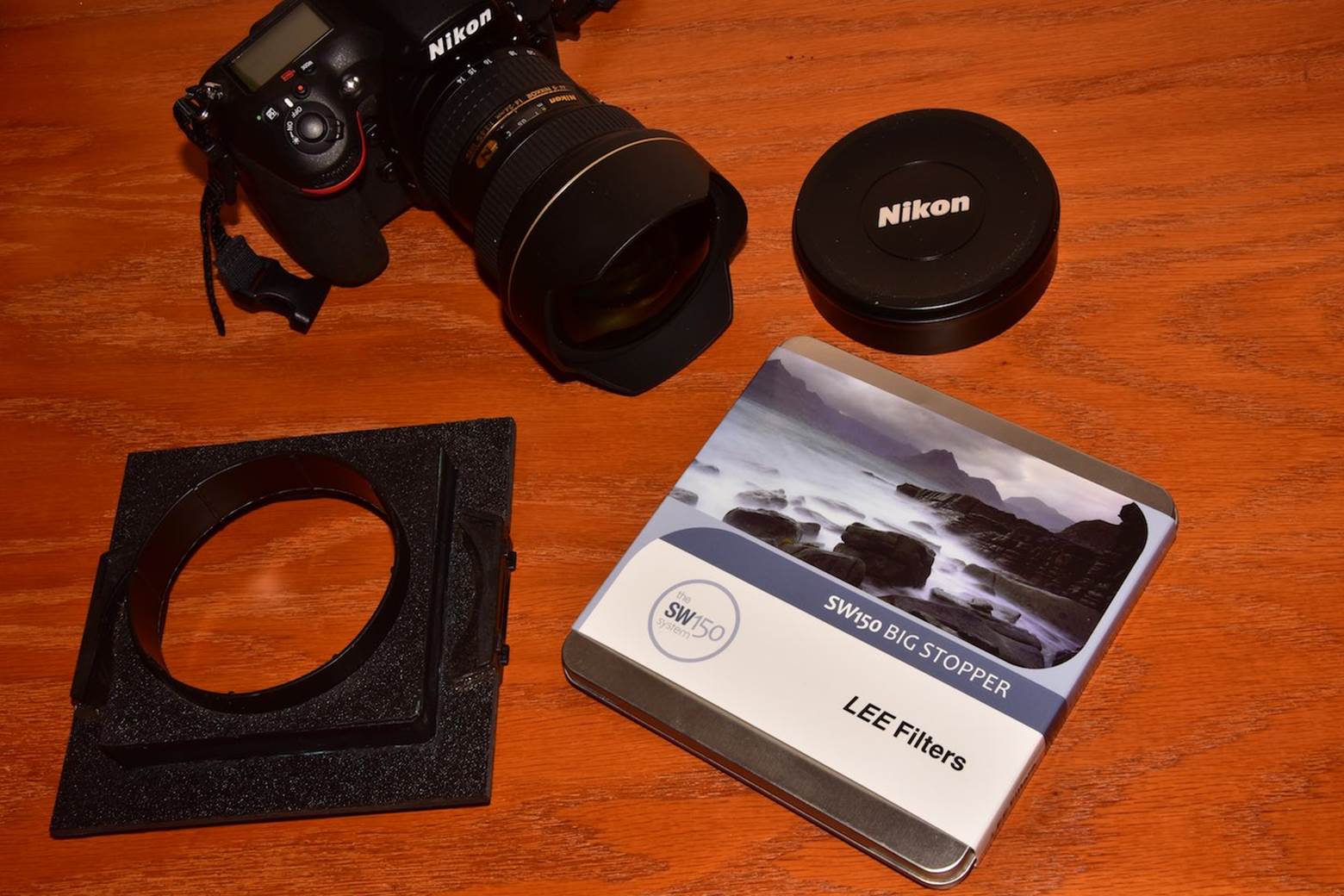