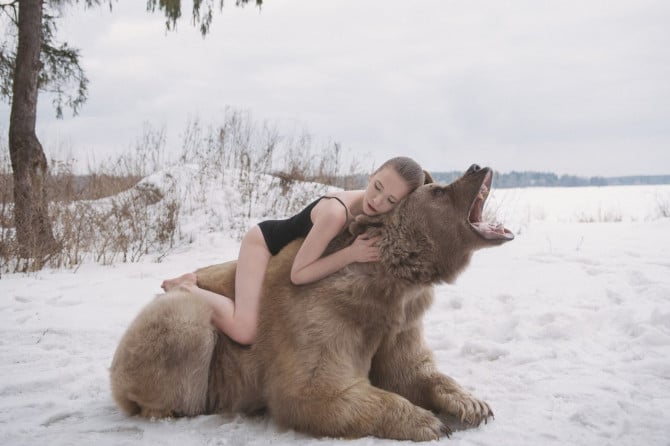 Photographer Olga Barantseva recently created a series of photographs with two beautiful models. But this is where the story stops being normal.

The companion for this photoshoot was a 650kg brown grizzly bear named Stephen.

You need some balls to pose next to such a dangerous animal, even if it is 100% tamed. A friendly “high five” from one of those paws will leave you massively bleeding.

The series was taken in a forest just outside of Moscow for an anti-hunting campaign. Olga said that the photos were meant “to show the natural harmony between humans and bears“. 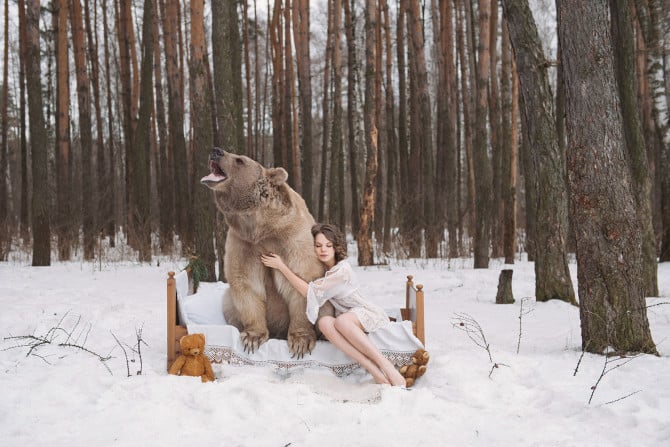 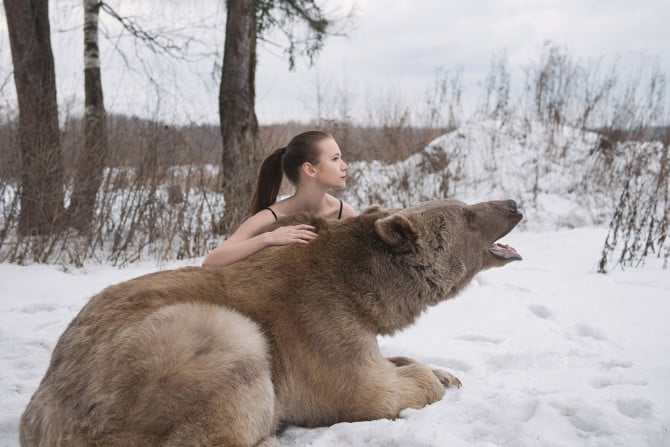 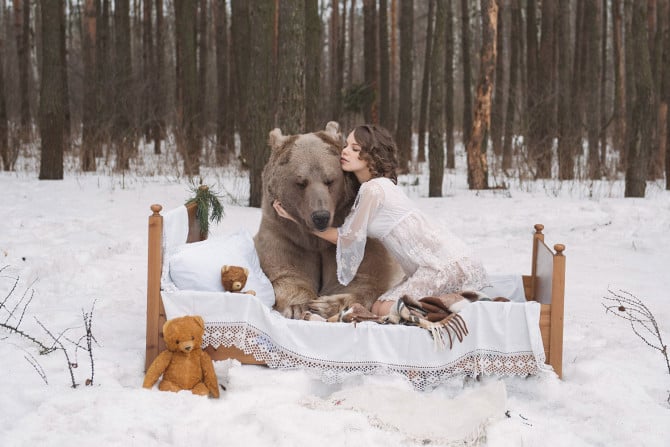 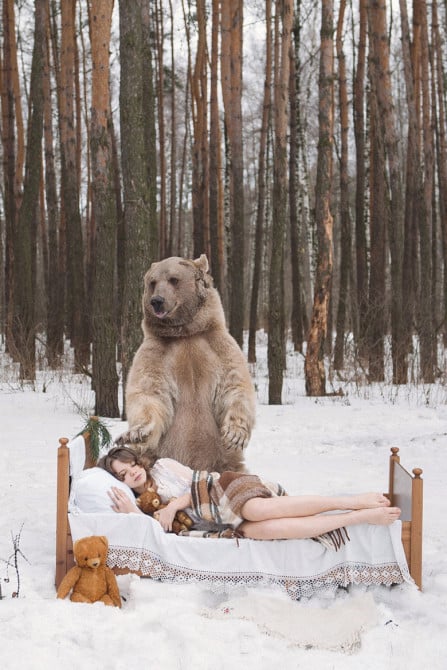 Stephan the bear is no strangers to humans. He was actually saved by his trainer about 18 years ago as a cub. Stephan was found in a near starvation state after being separated from its mother in a hunting chase. Sadly after being hand-reared, Stephan was not really fit for the wild life, and now he spends his time modeling for Russian movies and photoshoots.

The 2.2 meter animal was persuaded to open its mouth with a handful of treats, as you can see in the video below.