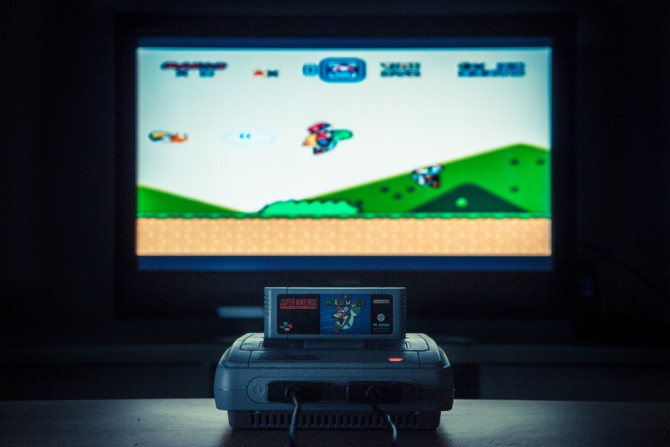 In my early teenage years I loved nothing more than gaming and going to LAN parties every weekend. Unreal Tournament, Battlefield 1942 and Counter-Strike were my favorites back then. Although I also liked strategy games like Warcraft 3, I spent most of my time playing Counter-Strike with my friends till 2AM. Although I’m not that much of a gamer anymore besides the occasional SNES nights, a crazy thought crossed my mind. If street photography were a game, it would definitely be a first-person shooter.

It’s All About Your Aim And Reaction Time 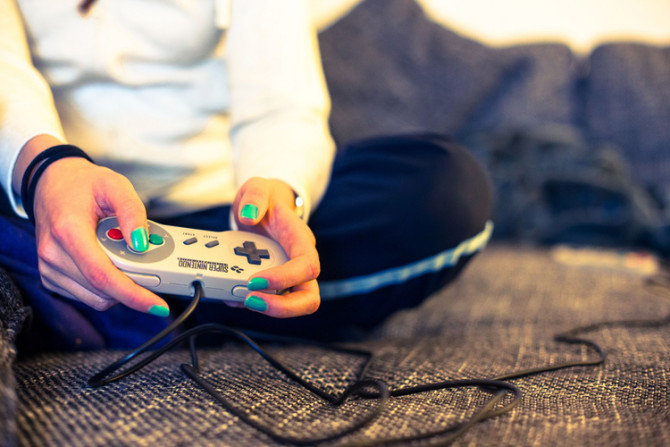 The more you practice, the better you get at any game. Street photography is ridiculously similar to first person shooters when it comes to that. Having a quick reaction time is one of the most important keys to success. Because in order to get that decisive moment, you have to hit the shutter while it’s still decisive. And that’s usually just a matter of milliseconds. In order to improve you could also try to capture all sorts of subjects within a blink of an eye. The more often you work on your aim and reaction time, the higher the chance for an amazing shot. During my 365 project I reached the best aim and reaction time so far, because I literally practiced every day for hours. When you don’t shoot for a couple of days, you’ll feel that you’ll get slower and your shot rate decreases.
street photography marius vieth 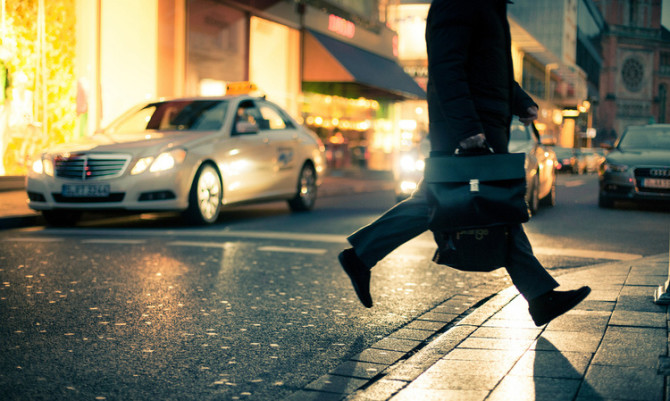 You usually won’t hear anyone bragging about them, but everyone has their fair share of luck shots. Although there are many kinds of luck shots, hip shots are pretty common in street photography. Someone appears worth shooting and you just hit the shutter from your hip. If you do it all the time, it may even become your own style with great moments. My composition usually doesn’t allow me to get these kinds of luck shots, but believe me, I’ve had my fair share of luck shots. The following shot was the mere essence of luck. I just loved the symmetric scenery and waited for someone to walk up the stairs. After twenty minutes I was so happy when I saw this guy taking the stairs. I hit the shutter 10-15 times to get the perfect moment. Believe it or not, he stopped exactly where the shadows cross, turned around only to see where the shutter noise came from…
street photography marius vieth 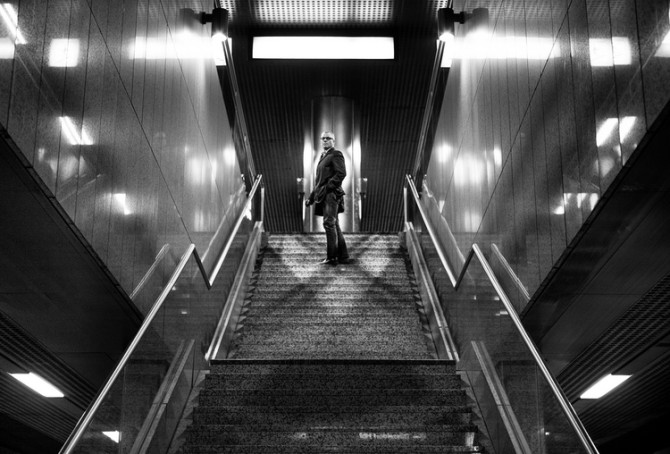 The game of street photography is basically played by three kinds of players. Let me start off with the most notorious of ’em all: the camper. He may not be very popular, but sometimes it’s exactly what needs to be done to get that one shot. 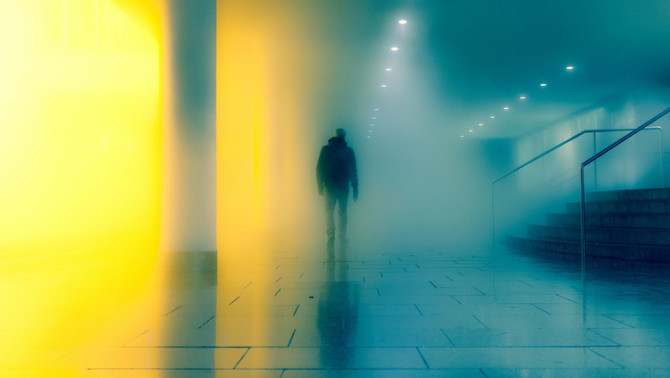 The camper is usually pretty familiar with the area where he shoots and he knows just the right spots. As soon as he finds an amazing scenery, he either stands behind a pole or crouches and waits for someone to shoot. He knows it’s a great spot and someone has to show up eventually. Patience is the camper’s virtue since it takes up to hours sometimes to get a decent shot. No one expects him there and he mostly gets his shots without ever being noticed.
marius vieth street photography
Yes, being a camper is sneaky and you don’t need balls to pull it off, but sometimes there is just no way around it. To be honest, I’m one hell of a camper. As soon as I see a great scenery, I’ll wait so long till the right subject joins the party. It really pays off to wait a while. In the beginning I didn’t really distinguish between interesting and boring subjects, but it does make a huge difference. Some stories just need a business man and a brief case instead of a student with a backpack. By the way, there are actually to kinds of campers. There’s the one who waits with his 50mm prime at an interesting street corner – and the super sneaky invisible sniper somewhere up in the trees with an 800mm zoom lens. He may never get killed by an annoyed pedestrian, but hey, you can’t kill what already has no life, right? Just kidding, take whatever gear you love and create photos you love. 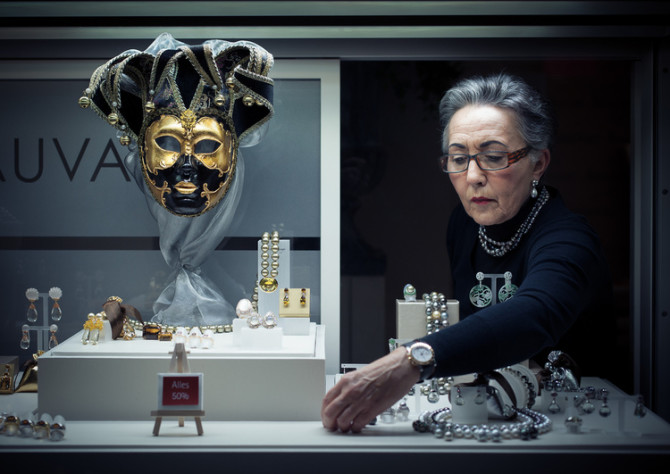 PS: The closest I’ll ever get to a Killer

He’s the daredevil among street photographers. He grabs his gear, usually a Leica, Olympus or Fujifilm, and dives right into the crowd. As soon as he spots someone interesting in front of him, he shoots him right in the face: BOOM, headshot! He’s a true killer, because he looks straight into the eyes of his subjects before he pulls the trigger. It takes balls of steel to pull this off, but there’s always a way to top this. You know how? First flash someone, confuse the hell out of them and then shoot them. I’ve never done that myself since I don’t even own a flash, but boy, does it scare me. It’s such an untypical and blunt approach that if done right delivers incredible and unusual results.

This kind of street photographers is as determined as the killer, but his approach is way more subtle. You may rather call him a silent assassin. He usually see him walking down the streets looking all casual with his camera behind his back. As soon as he locates his target person, he’s on a secret mission. Rarely will his subject be in the perfect place to get shot. That’s why the Hitman will follow the target person for blocks or even miles to a more solitary place. Thanks to his experience he won’t get discovered on the way, because he always keeps a safe distance. Once the target person arrives at the point of interest, he ideally puts his shutter into silent mode and turns the red dot into a shot. Hitmen may listen to classic music while shooting, but true hitmen only do it with one earbud.

A 5 Star Game Worth Playing

If you’ve never played street photography, do it. Yes, the gameplay may be a little confusing at first and it takes a while to master, but it’s one hell of a game. It’s highly addictive in a very good way. The graphics and sounds are incredibly realistic, there are infinite maps and gears to play with. It’s available for free to everyone and at the end of every session you’ve created incredible screenshots for you to keep forever. The good thing is that no one will even complain about you not going outside anymore. Ask your friends to join you every once in a while, it’s an amazing multiplayer game as well.

Whether you are a camper, killer or hitman or your very own version of a shooter doesn’t matter, as long as this amazing game makes you happy!

Before I forget, there’s one thing I would love to ask you…

Marius Vieth is a street photographer from Amsterdam. Together with his partner Martin Dietrich he runs the International Fine Arts Label NEOPRIME, a limited editions gallery aimed at lovers of art. You can follow Marius on twitter, flickr, Facebook, instagram, and tumblr. You can download his free street photography book here. This article was first published here and shared with permission.

Poll: Are You An Available Light Or a Strobist Kinda Shooter?