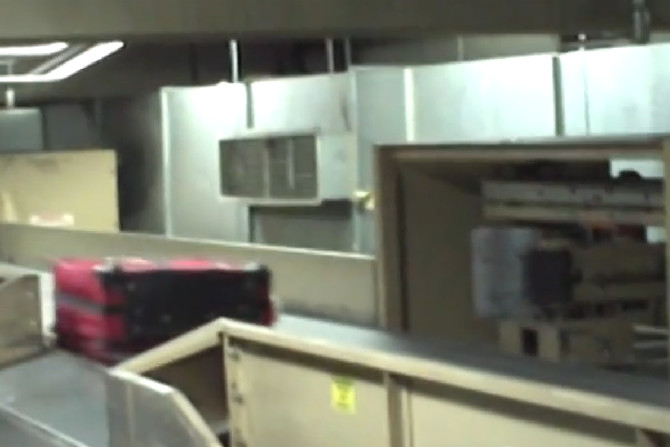 Every airport I’ve been to has signs advising travelers to remove all valuables from checked luggage. While most people do so worrying that airport staff will steal their expensive belongings, throw their bags around or lose them altogether, it turns out that humans are not the only danger to your prized possessions.

As the video below shows, some automatic baggage systems might also pose a serious threat to the chances of your cameras or lenses making it to their destination intact.

So yeah, apparently some airport have giant robotic arms that lurk around the conveyer belts and mistakenly identify suitcases as punching bags.

I don’t know in which airport this video was taken, but based on the state of my checked luggage on recent trips I suspect I might have been there.

As one Reddit user commented “there are options other than the robotic mike tyson to move a bag” and luckily there are.

Some airports have opted to use more advanced and gentle systems such as the one in this next video.

I still wouldn’t leave any valuables in a bag that gets taken away from me, but at least I would worry less able breakable gifts and souvenirs.