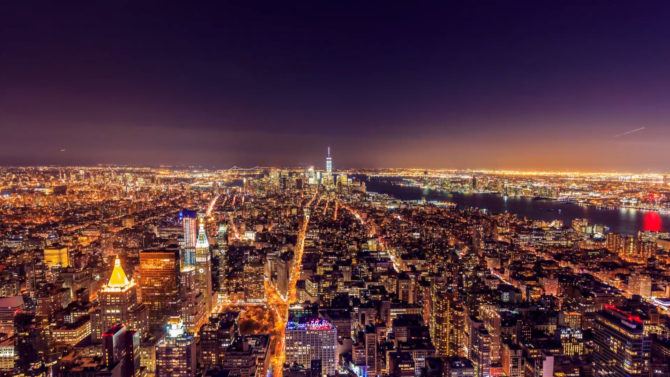 A mix of traditional timelapse and hyperlapse, this video from Vimeo user jansoli shows off New York in all its colourful glory. From the bright day light advertising, to the beautiful night lights, New York is a wonder of colour.

It’s an interesting mix of techniques. There’s even a few tricks in post to simulate flybys and shifting perspectives that weren’t possible in-camera. I’ve seen these post techniques applied before, but never with such effectiveness.

Very high resolution timelapses seem quite common lately, despite the fact that almost no platform supports them. We’ve seen 8K timelapses of Grand Teton Park, Patagonia and Hong Kong. Joe Capra also introduced us to 12K timelapses shot with the 100MP Phase One XF. But what’s the point?

There’s no viewing devices available to consumers that support 8K resolution, and Vimeo itself doesn’t even support 8K playback yet. YouTube supports it, but the only usefulness I’ve seen is for 360 video. Even 4K video looks low when stretched around a sphere and played back on a 1080 screen.

For flat footage, though, future proofing is the reason.

I can still remember when most of the world was standard definition. People laughed at those shooting 1080p when SD broadcast and DVD were still the “standard”. But how many of you buy a license for standard def footage today? How much longer will 1080p footage be in demand as 4K becomes the new standard?

What resolution are you shooting your video & timelapse footage at these days? Are you still shooting for 1080p or are you planning for the future? What’s your favourite timelapse or hyperlapse? Let us know in the comments.

« If you’re shooting flash outdoors, your colours are probably wrong. Here’s how to fix it with gels
Light is KING! 10 Tips on Handling Light in Street and Urban Photography »