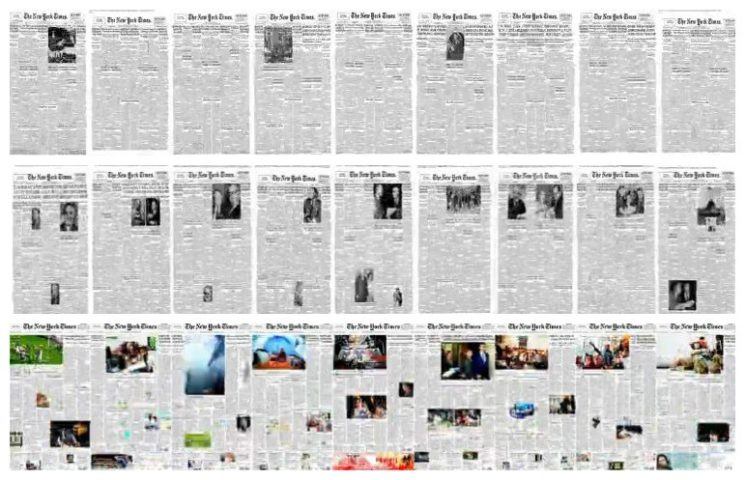 We’ve seen that captivating timelapse videos can be created without leaving your home. The one we’re presenting today is created entirely of front pages of The New York Times. Data artist Josh Begley created this timelapse that follows front pages of every NYT issue since 1852. It’s captivating and interesting, collecting 165 years in less than a minute. And it shows how the front page has changed, embracing photography as an important part of its content.

The New York Times was first published on September 18, 1851. On May 29, 1910, they published the first photo on their front page. It depicted a flight from Albany to New York which the paper sponsored at the time. From 1910 to 1997, NYT published black and white photos on their pages. Interestingly, they were among the last newspapers to adopt color photography. The first color photo appeared on the front page on October 16, 1997.

It’s interesting to see how the times (or the New York Times) change and how photos are taking a more important role over the years. And now, in 2017, could you even imagine newspapers without photos?

[Every NYT front page since 1852 via DPReview]

« What’s the most important lesson you’ve learned in photography?
This fantastic music video is designed for watching both forwards and backwards [NSFW] »