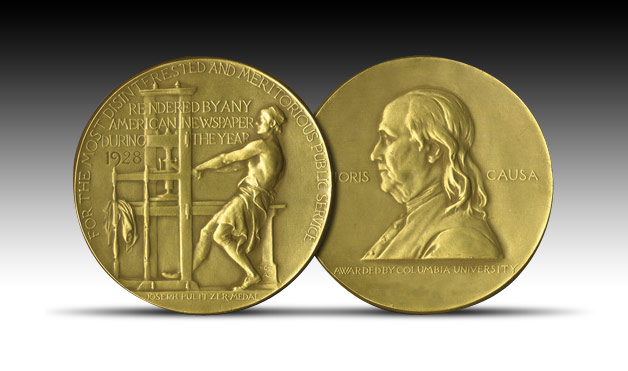 The recipients of the 2014 Pulitzer Prizes have officially been announced, and taking over both photography awards is the New York Times- specifically, Tyler Hicks and Josh Haner. Hicks for his coverage in breaking news, and Haner for for his work in feature photography.

Tyler Hicks, born in 1969, used to be on a team in the Times that covered international reporting in Afghanistan and Pakistan; they won the Pulitzer Prize in 2009 for it. In March 2011, he was reported missing while covering the conflict in Libya. He was held captive with three of his colleagues by pro-Qaddafi units for six straight days before being freed. It’s needless to say that Tyler Hicks has seen things many of us probably can’t imagine, and now he’s about to receive a Pulitzer for covering another horrifying event: the shootings in the Westgate Shopping Center in Nairobi, Kenya. As the police searched for militants involved in the shooting, he stuck with them, covering the story as closely as he could.

“I don’t believe that it’s better to forget, after you volunteer to go and cover conflict or enter the Westgate Mall during a terrorist attack — you’re committing to that experience,” he said. “I think it would be disrespectful to the people you’ve photographed suffering in terrible circumstances to tuck those memories away and ignore them. You owe it to each person to not forget what happened. Once you have witnessed these events then they are part of you, they are a part of who you are.” – Tyler Hicks (NYT April 2014)

Hicks lives in Nairobi, and the shooting occurred merely blocks away from him. In a way, it’s as if the right man was there to cover a story like this at the right time.

Josh Haner, the recipient of the Pulitzer Prize in feature photography, was given the honor for his coverage of one of the survivors of the Boston Marathon Bombing- Jeff Bauman.

Bauman was at the marathon for his wife that day. The explosion that ended up concluding the event took away both of his legs. An image surfaced online of him being carried in a wheelchair- inches away from death. The picture captured a man who kept pinched Bauman’s arteries to prevent major bleeding. When Bauman later woke up, finding himself in a hospital, the first thing he did was demand a paper and pen; Bauman then began to write down the descriptions of the men he saw that left the bomb.

Haner told the rest of his story through photography that every person reading this should take the time to observe– even if only once. In a time where media is obsessed with the idolatry of the bad guys, it’s the survivors that get ignored. We know James Holmes, we know Harris and Dylan Klebold- Hell, even one of the Boston bombers got his face plastered on the cover of Rolling Stone. But we don’t know Jeff Bauman, and Josh Haner is someone who wishes to change that.

“My concern is that people forget tragedies like this,” he said. “It’s important to bring attention to what survivors are going through and how their lives change, and help them.” – Josh Haner (NYT, April 2014)

[via Lens / The New York Times]