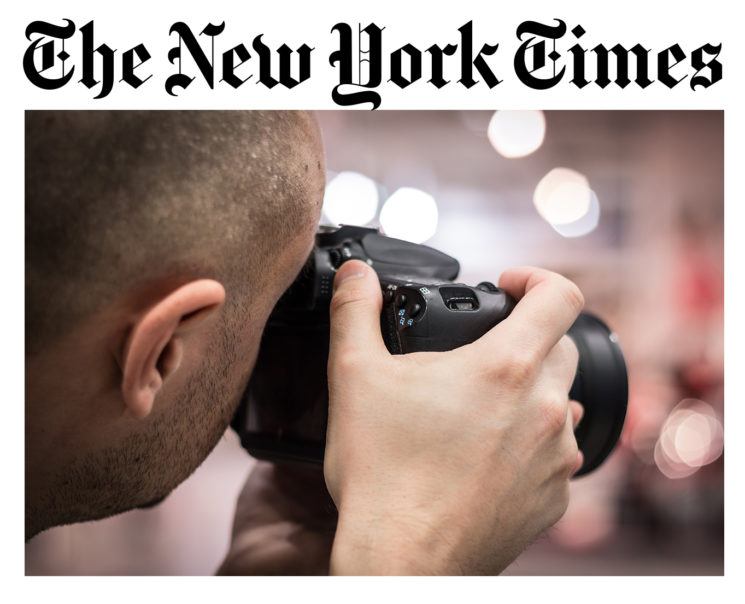 If you work as a photojournalist, this may come as encouraging news. According to a source close to the New York Times, the paper will be paying their photographers a day rate that’s more than double from the one they’re currently paying.

We’ve seen the increasing importance of images in the New York Times over the years. And if the rumors are true, it seems that the paper’s photojournalists will be rewarded for the impact they make and the job they do.

Right now, the day rate is $200 for a New York Times photographer. According to the sources, it will be increased to $450. For shorter photo shoots or any of those that don’t meet the full-day requirement, photojournalists will get $300. Either way, it’s still a higher rate than it is at the moment.

The increase in salary could be the result of the rise in subscriptions, caused by President Trump’s tweets against the publication. Judging by the prediction (or rather a hope) of the Around the Lens, this could become a trend among other news organizations across the nation. Hopefully, this will become the case, considering how much work the photographers put in they work. And not to mention the amount of risk their job often poses.

I’ve read some comments telling that $450 a day is still too low for a photojournalist. I’d say this comes down to quite a decent amount of earnings, but I come from a different background and a country with different standards. So I’m curious to hear your thoughts on this. Do you think this salary is enough for a New York Times’ photojournalist, or is it still too low? And do you think other publications will follow the trend?

[via Around the Lens]

Four Fired Photographers Return to Work for the Chicago Sun-Times