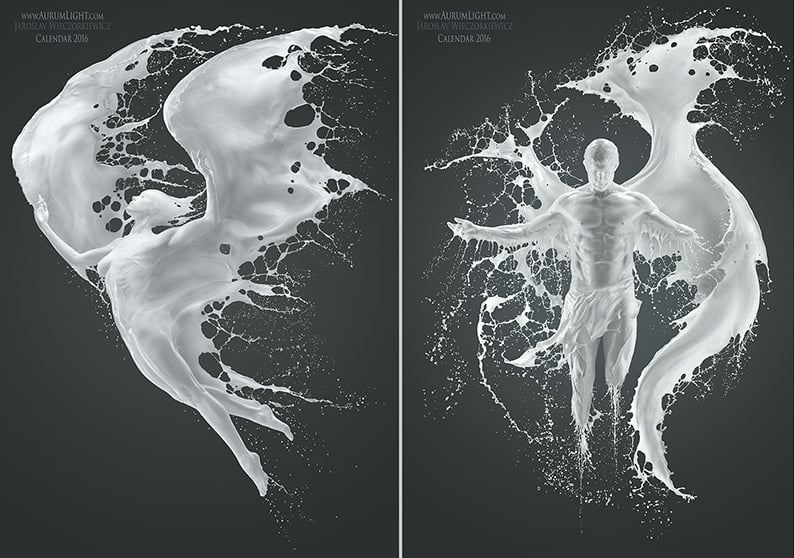 I’m sure most of you are familiar with Jaroslav Wieczorkiewicz’s work by now. His signature splashed-milk photography has been featured twice before on the blog as well as on numerous media outlets across the world.

But, as much as I liked his 1940’s Milky Pin-ups and loved his Splash Heroes, they both suddenly seem like they were just a test run in preparation for his latest series.

Coming from a personal place with this one, and with plenty of experience, Jaroslav seems to have outdone himself as these incredible photos show.

We were also lucky enough to get awesome behind-the-scenes shots, giving us a glimpse into how these photos were created. 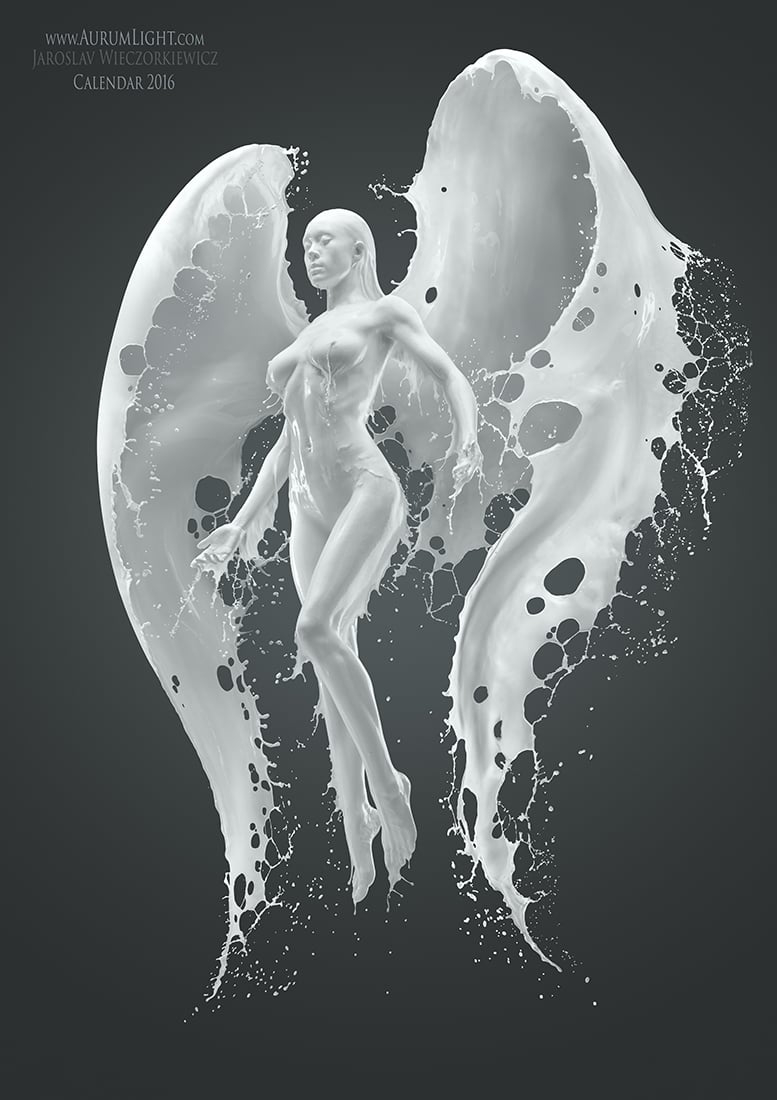 Continuing his successfully series of milky calendars, Jaroslav has released his 2016 calendar with this year’s series called Fallen Angels.

“This calendar is very personal,” Jaroslav told DIYP, “and I was waiting for the right time to go ahead with it”. 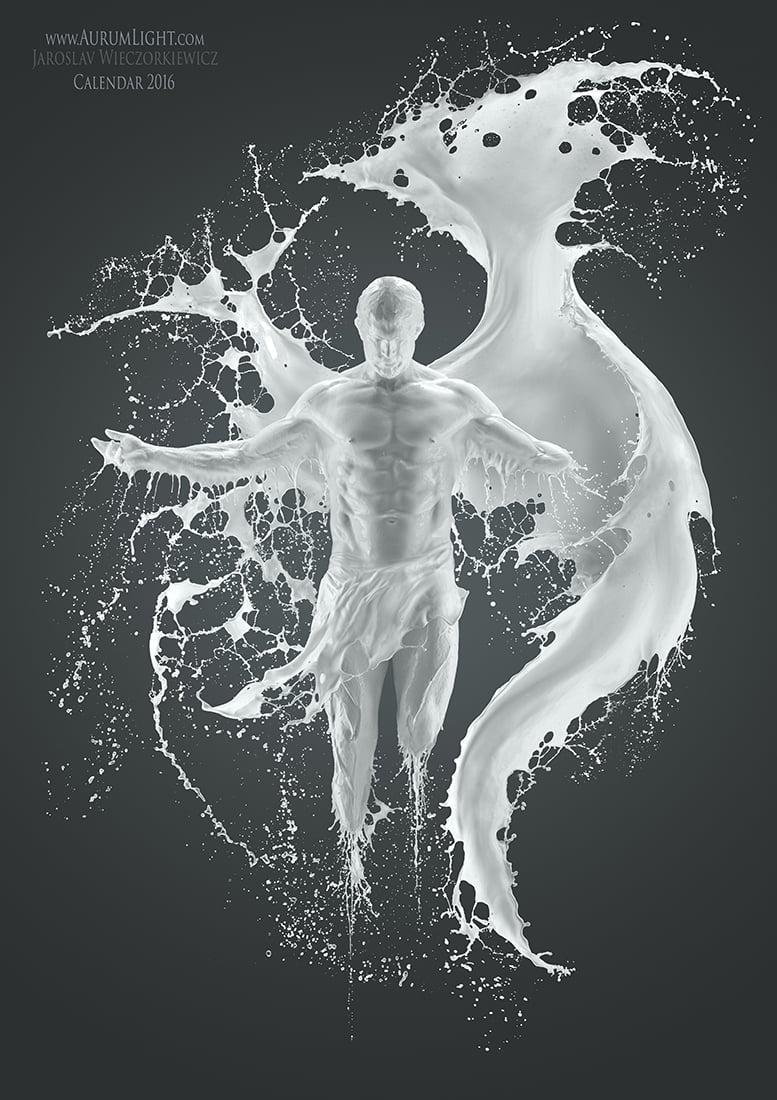 “The idea for the Fallen Angels 2016 Milk Calendar came about four years ago when my mother was battling breast cancer. It was a time when you have to evaluate your actions and goals,” he added. 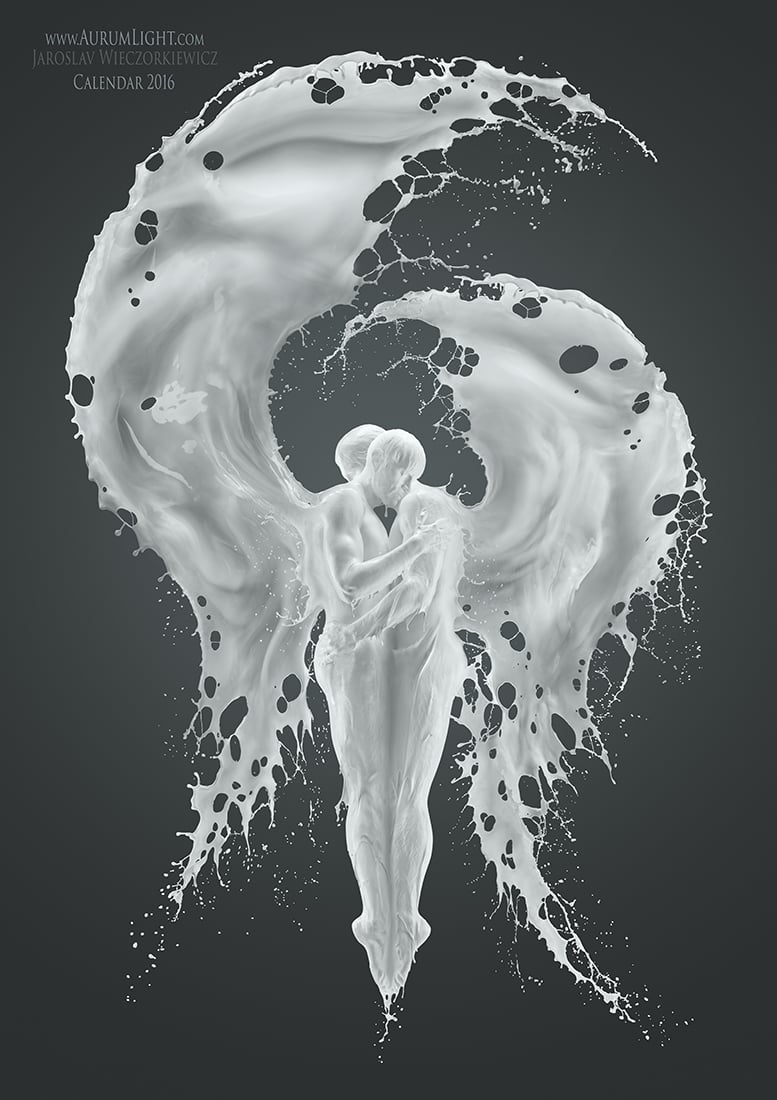 The characters in his previous series, as well as most of those in his latest one, boast seemingly “perfect” bodies, so the inspiration for these photos is rather surprising:

“The image I had in my mind brought about a series of images of people that are, or were, special and inspired me, but specifically those that due to the their look, actions or lifestyle were pushed outside of the margins of acknowledged standards of beauty or for what’s deemed ‘normal’ by society.” 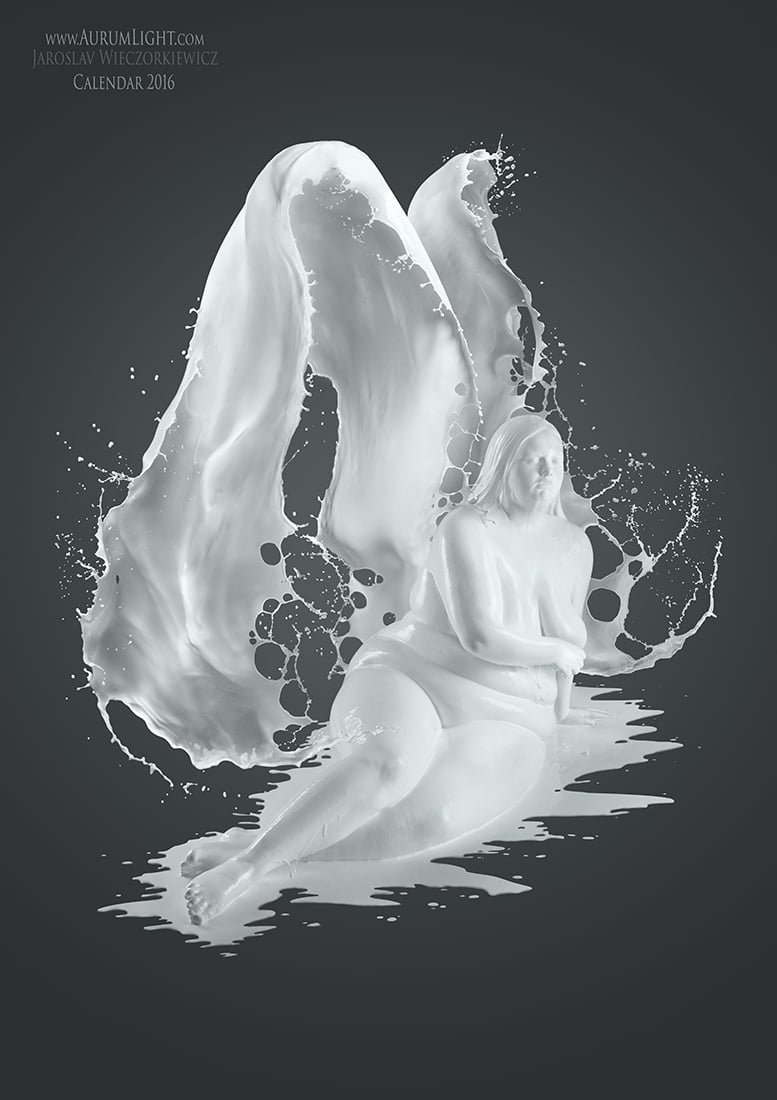 The concept itself is not new, and the technique is similar to that used in previous years, but Jaroslav definitely took his game to the next level as far as the scale and complexity of the photos are concerned. 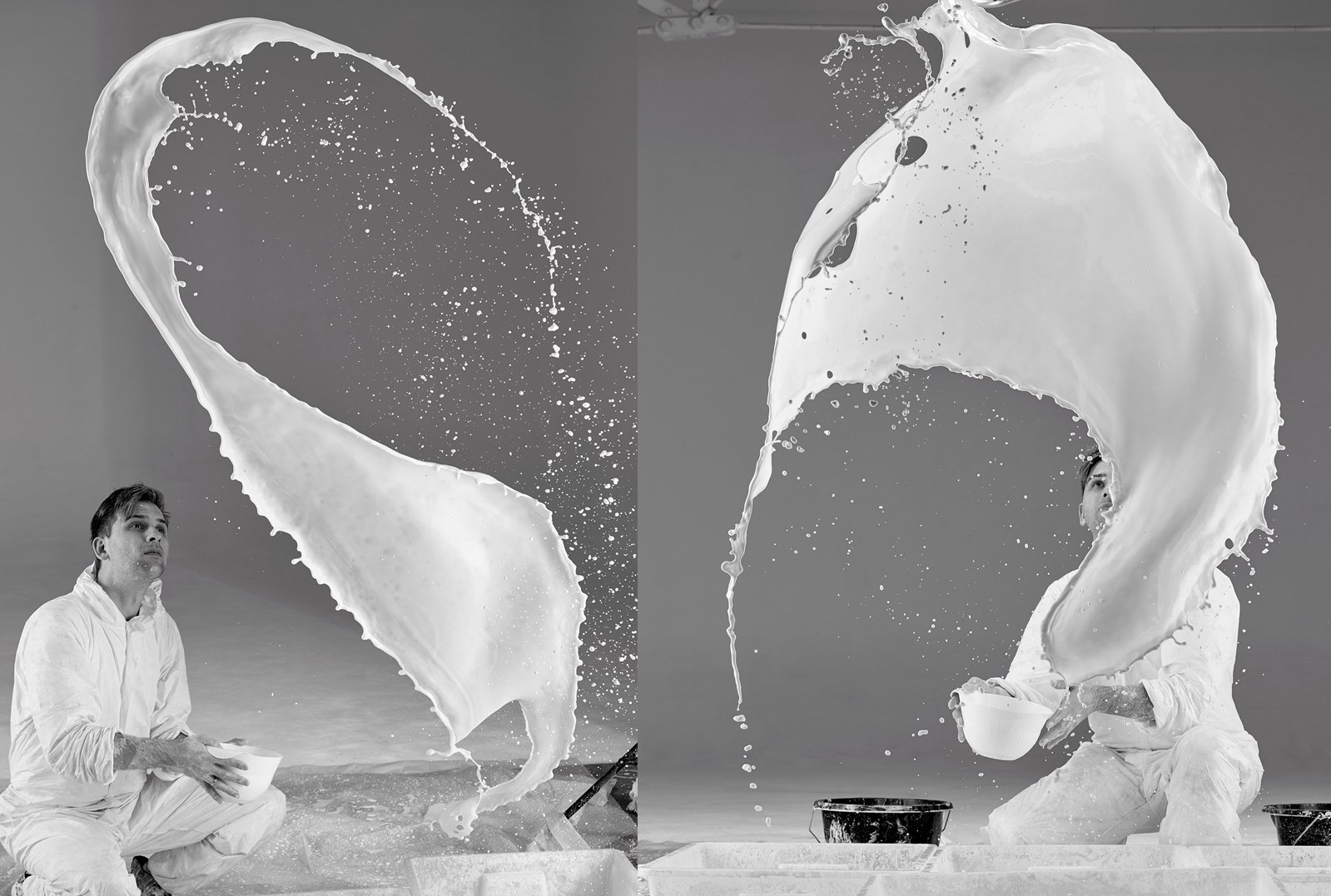 “With every single project I try to push the envelope. This is how I keep myself focused, especially when you are working in such specific technique,” Jaroslav says. “I still believe that there is a lot to do in that photographic realm and I consider the 2016 calendar as another step forward in exploring it.” 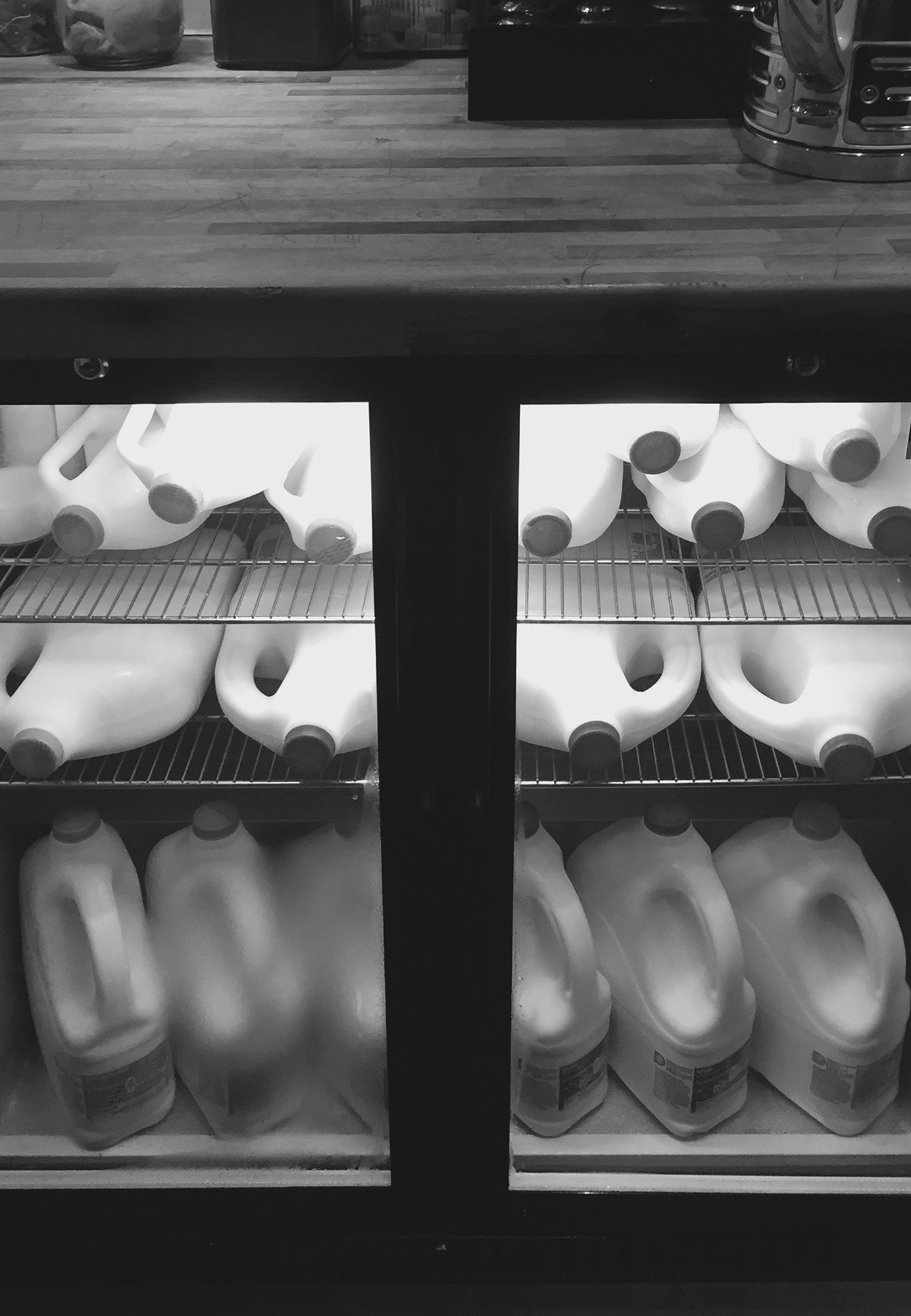 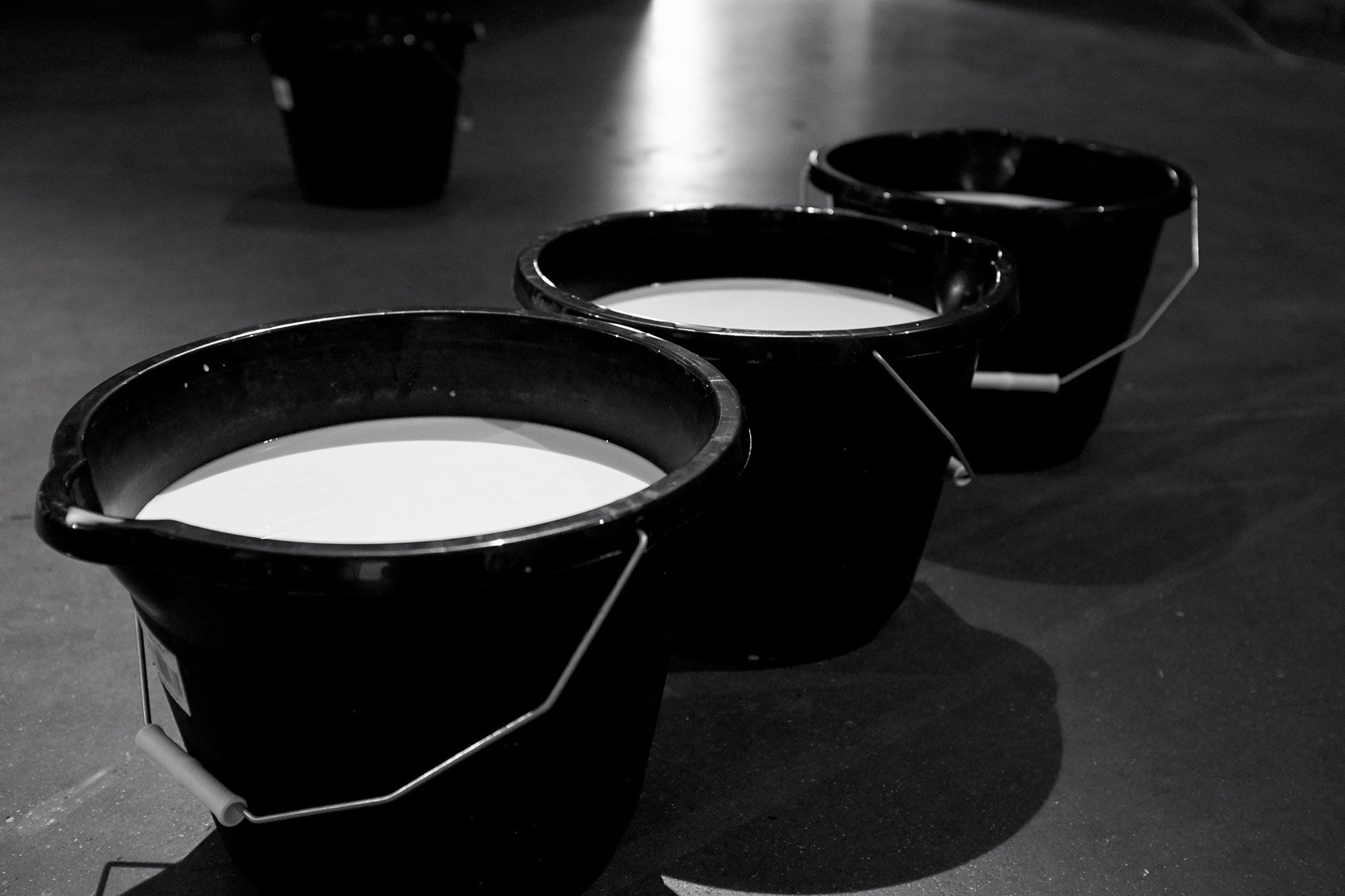 As you can see in the lighting diagram shared in the Splash Heroes post, the setup was relatively simple.

Fallen Angels, however, required a more complicated setup. Jaroslav spoke with us about some of the differences between the shoots and what had to be improved for this shoot:

“If I had to describe the lighting set-up for Fallen Angels I would call it as “The Cage”.

It is completely different from previous series. The models for Milky PinUps were lit by diagonally set softboxes, for Splash Heroes we used up to seven heads and mixed soft with hard lighting.

For Fallen Angels we built a ‘cage’ around the model out of giant and medium shoot-through Lastolite panels. It gave us a soft but three-dimensional light that I needed for the considerably big angel wings. I couldn’t achieve that with a softbox.” 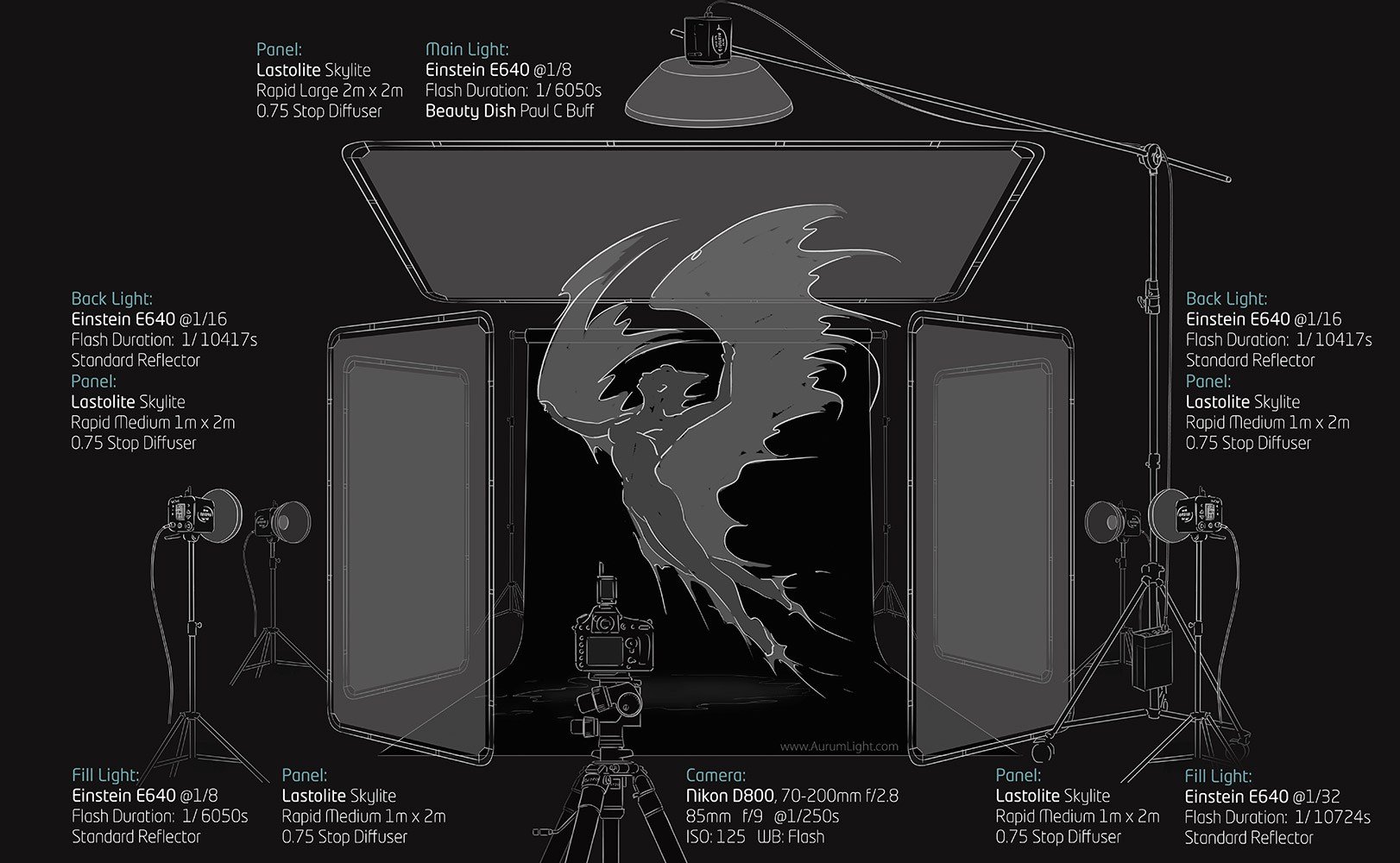 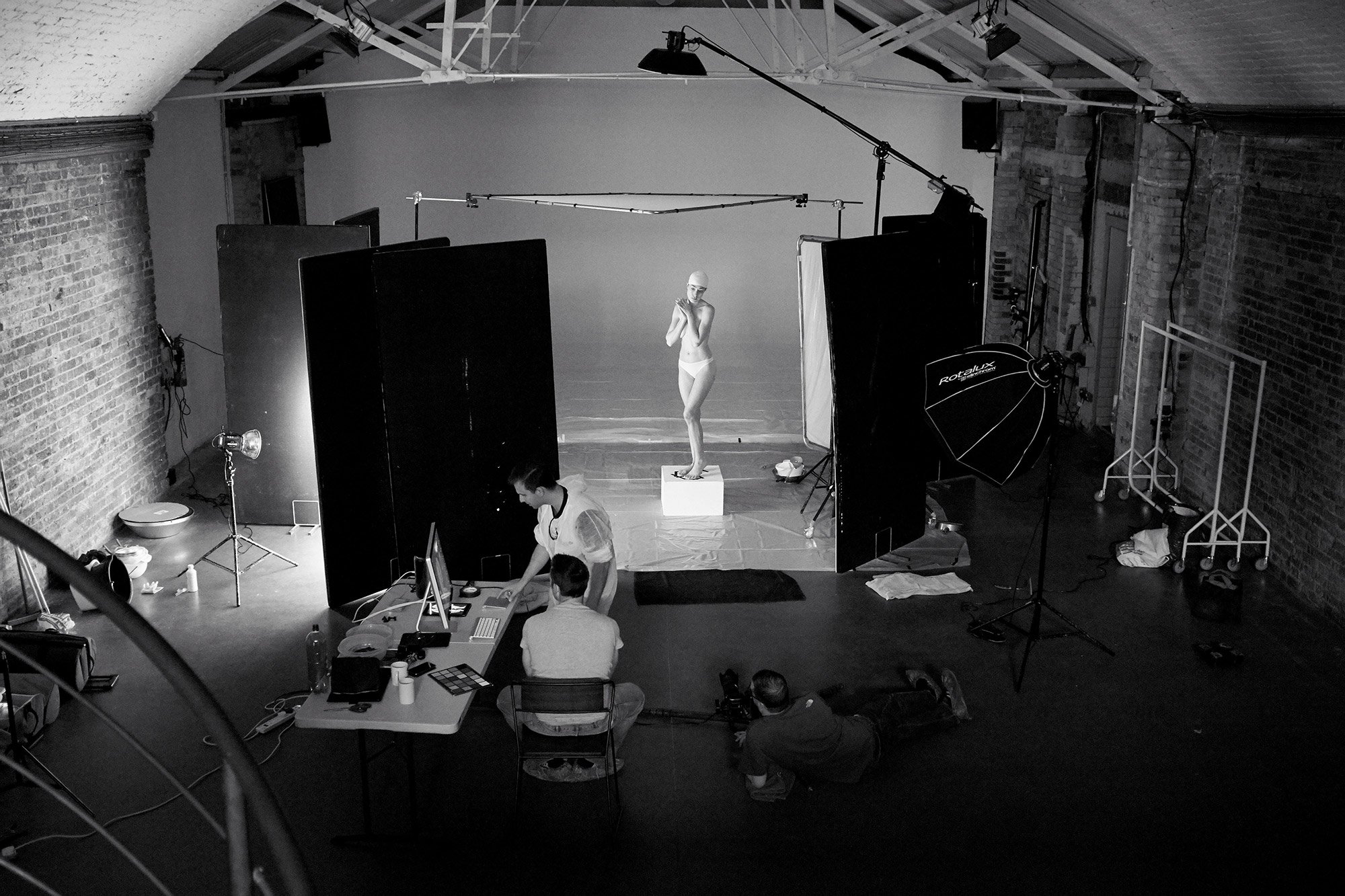 Jaroslav says this series was technically a bit different, and some parts were tricky, but thanks to his experienced team they were able to push themselves on every single element of the process. Preparing us for another stunning series coming next year, he added that “after each project we always have that thought that this is it… you can’t make a bigger mess than that… and every single time we prove ourselves wrong!” 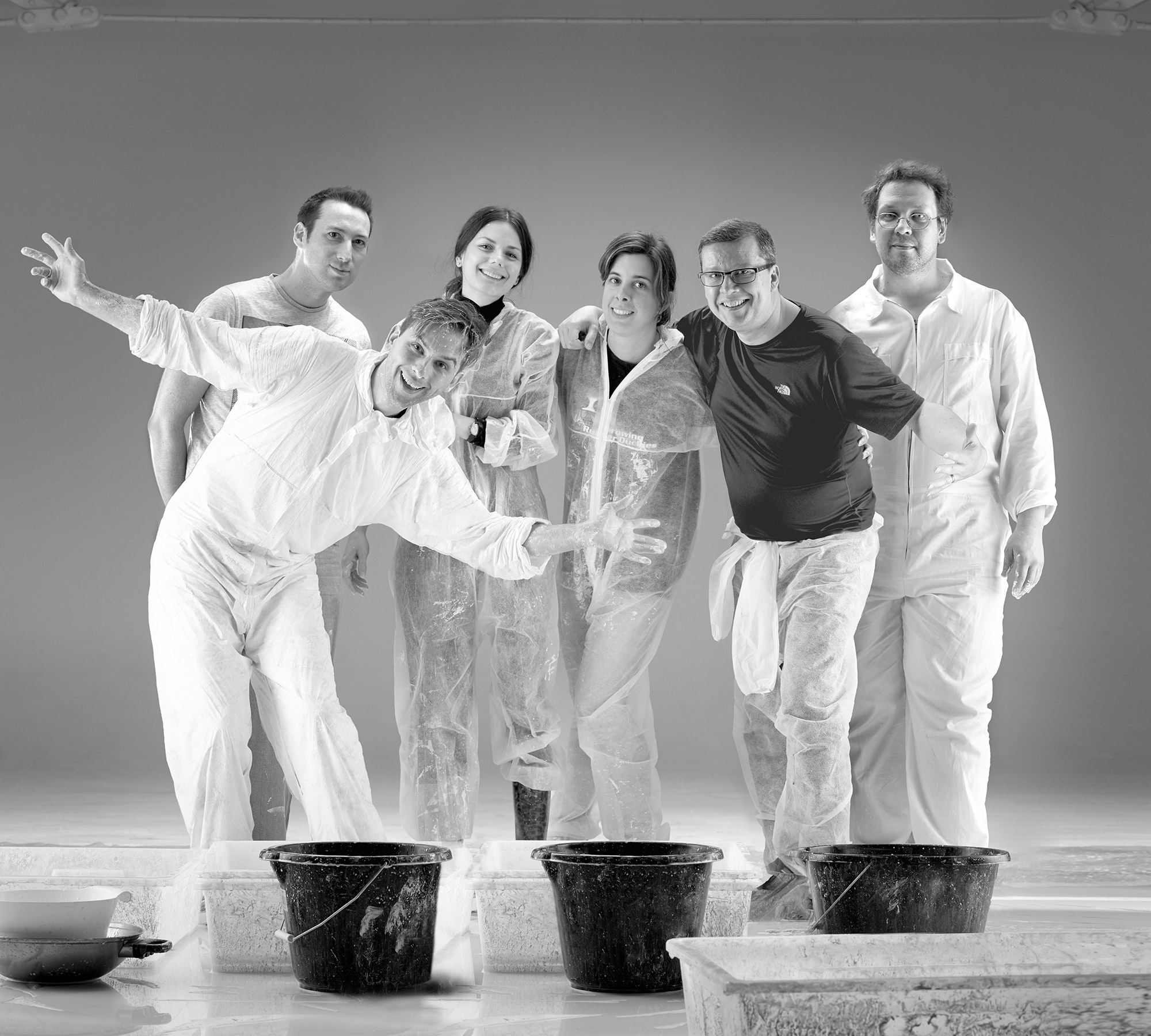 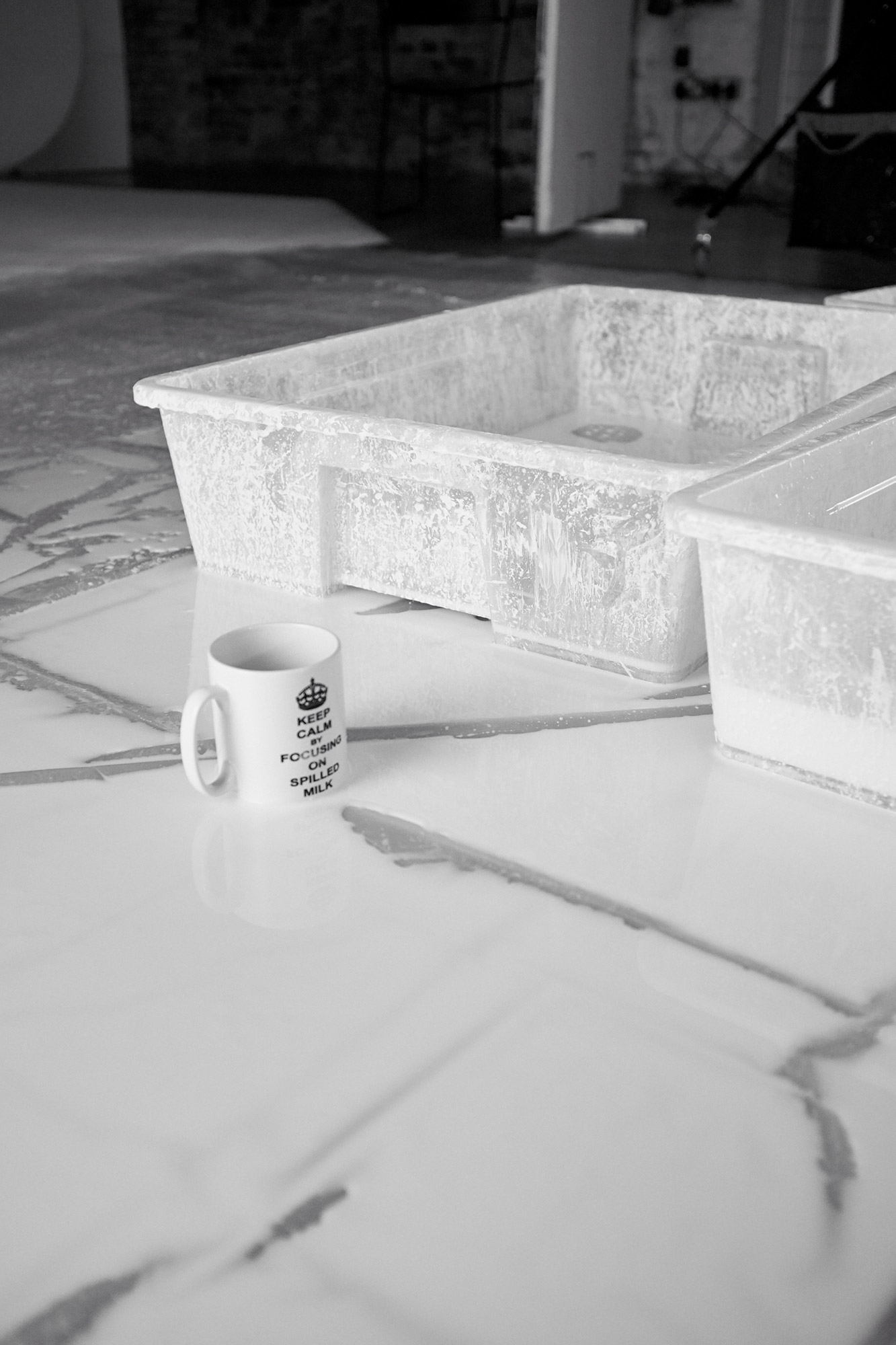 Jaroslav’s fans will be happy to know that he already has advanced sketches for 2017 and hopes to start to work on them sometime soon. 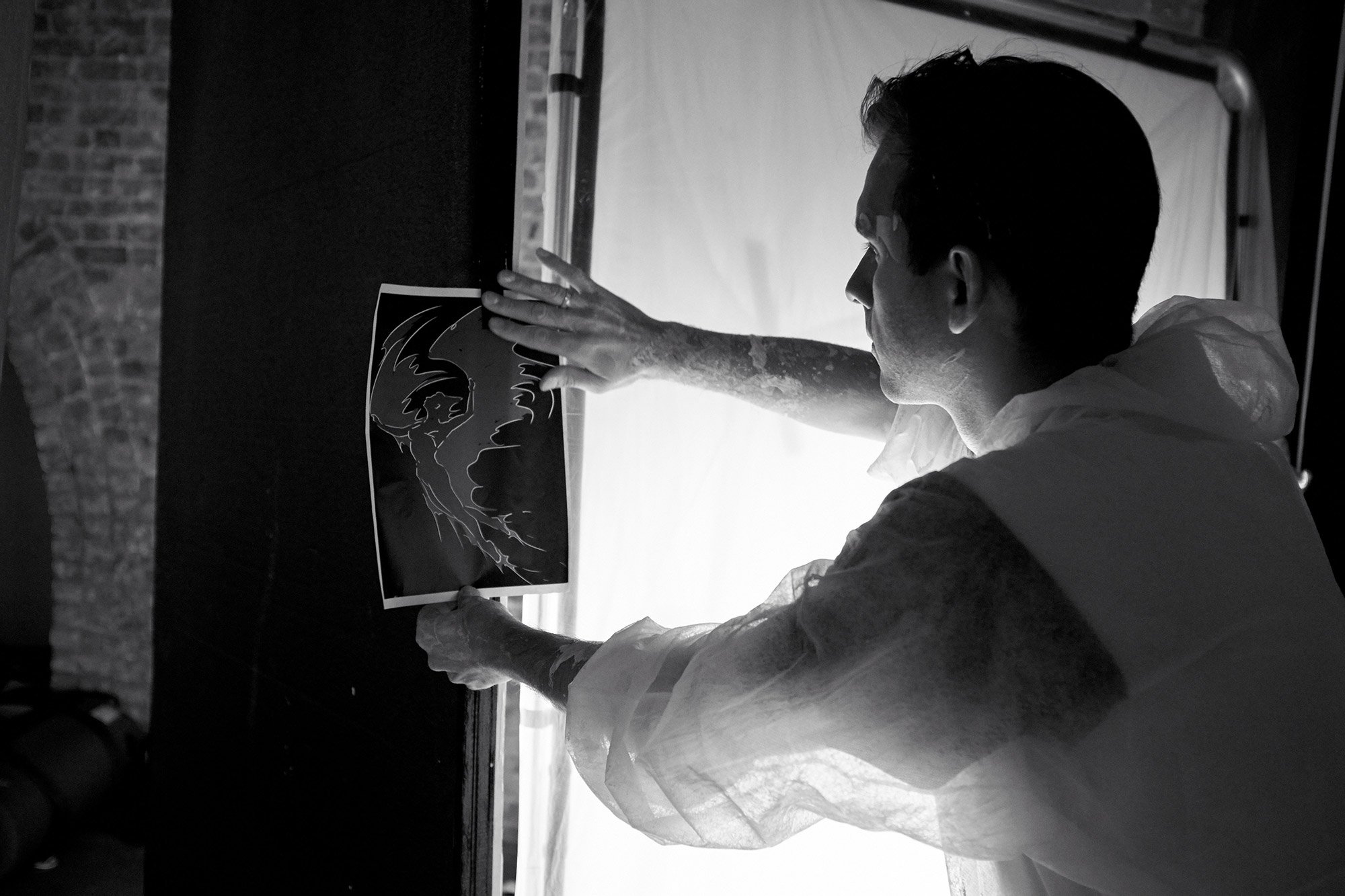 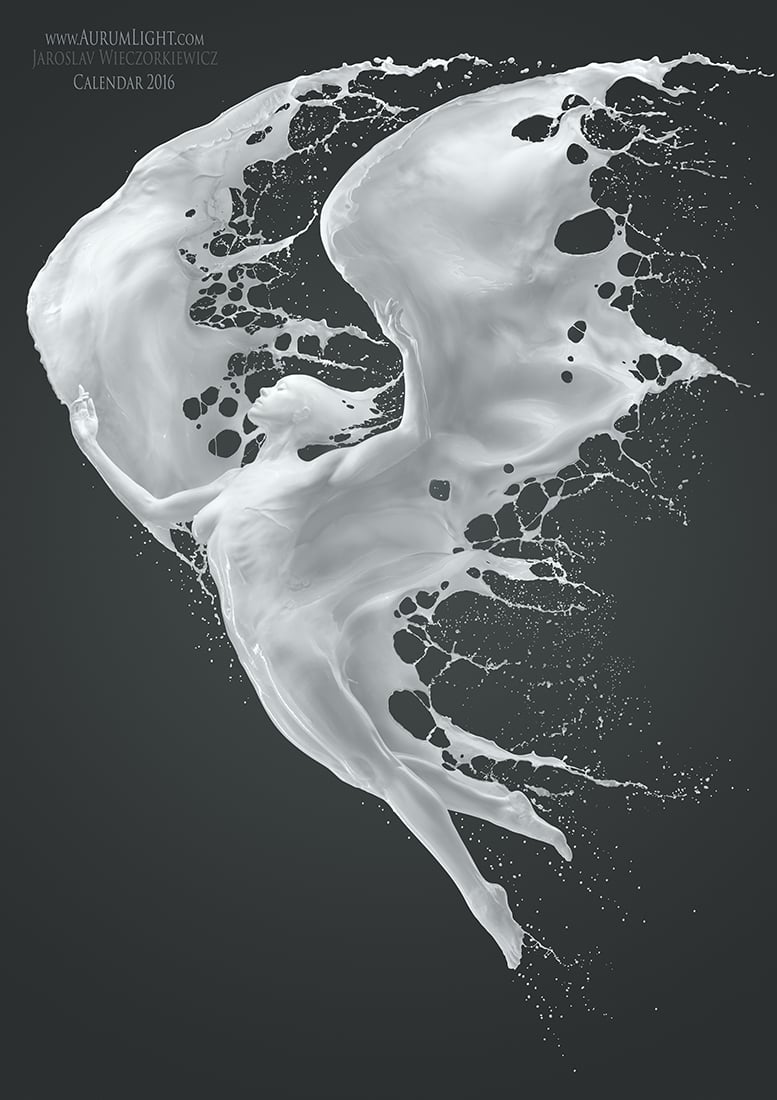 “What I can tell you about that future project is that we will push that line further and make something special,” he concluded, and based on this year’s calendar I’m sure it will be worth the wait. 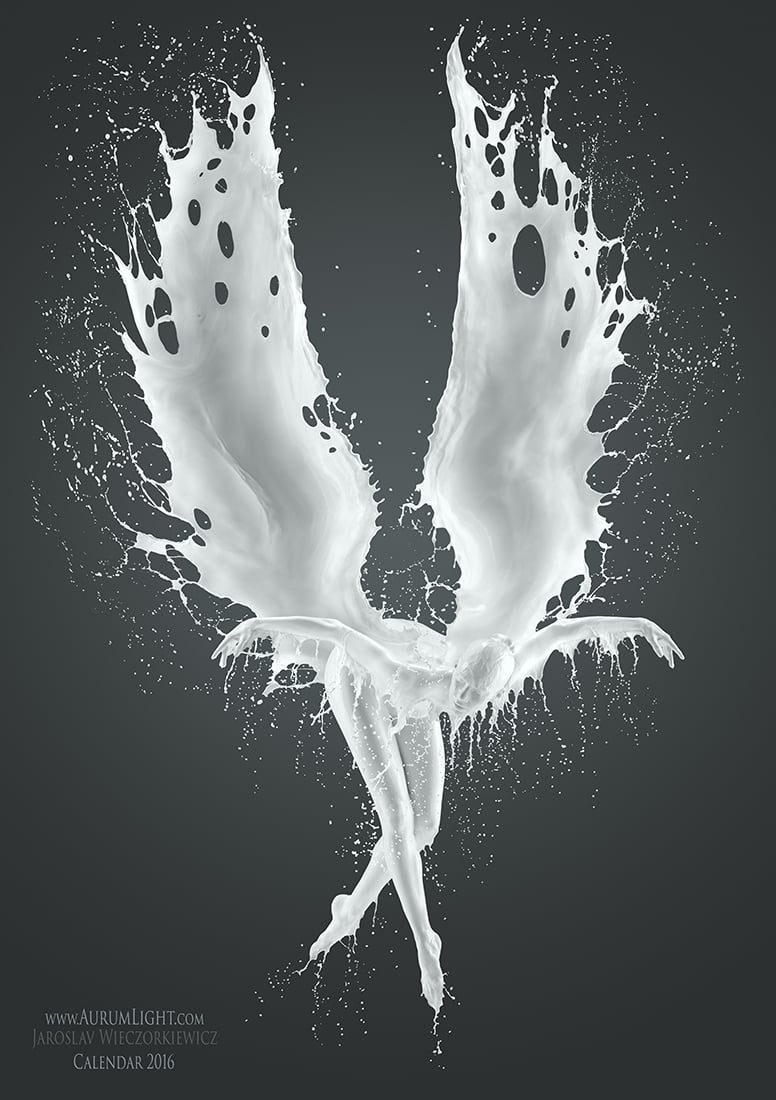 You can see more of the photos in Jaroslav’s gallery, and if you want to see them up on your wall you can purchase the limited edition calendar and have it shipped worldwide.

There will also be a dedicated post about Fallen Angels on Jaroslav’s blog, so make sure you keep an eye on it. 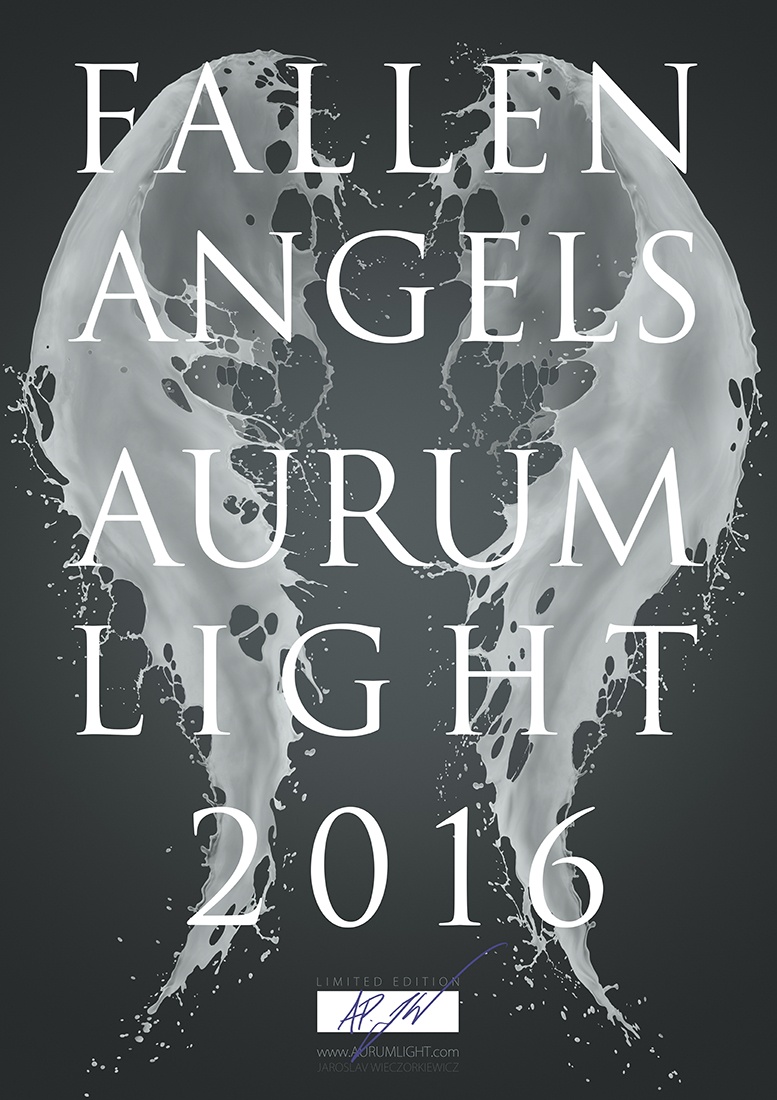 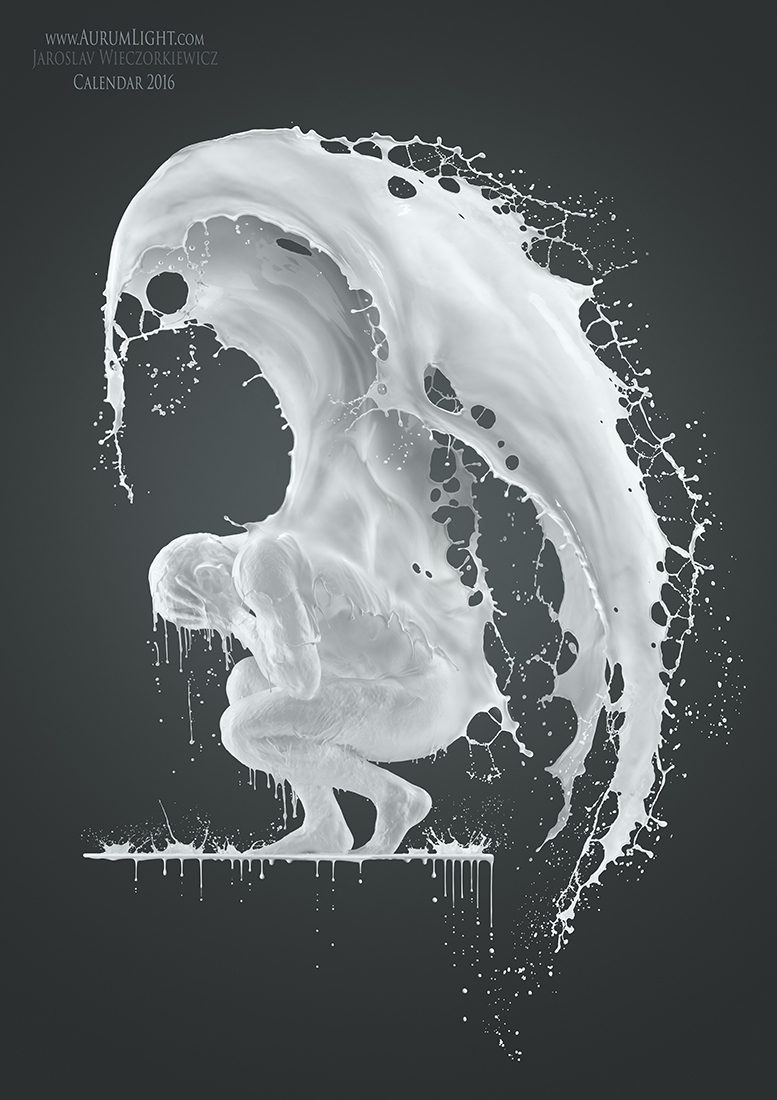 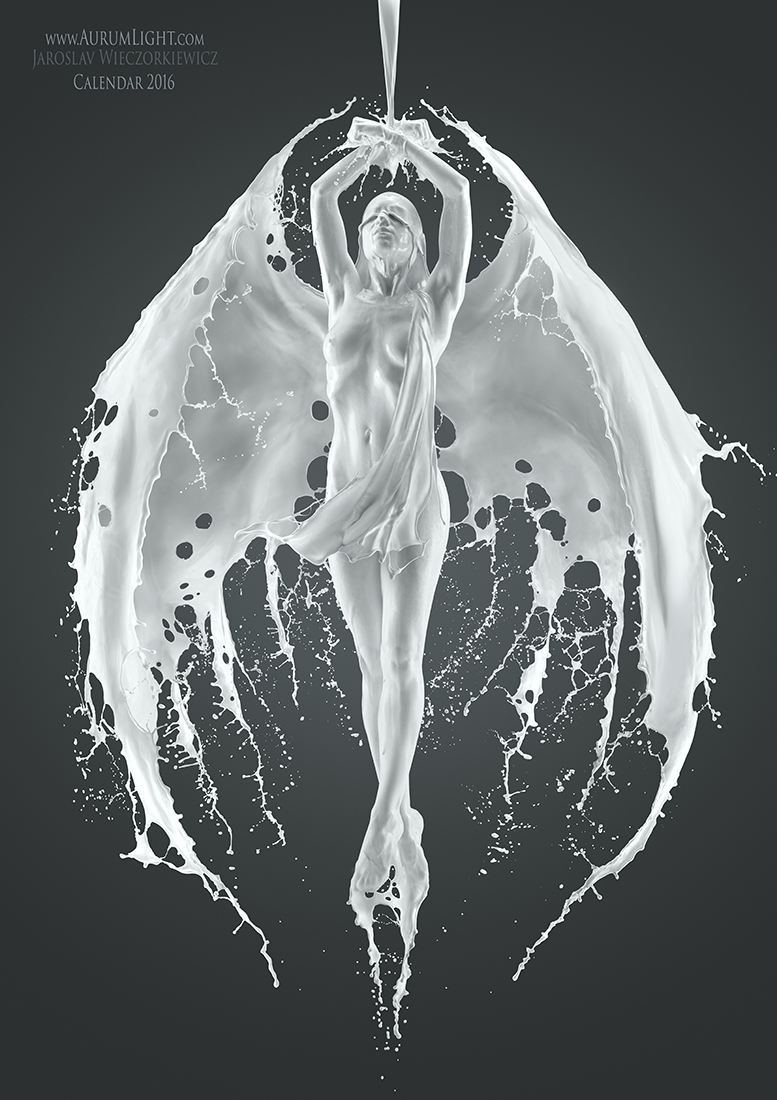 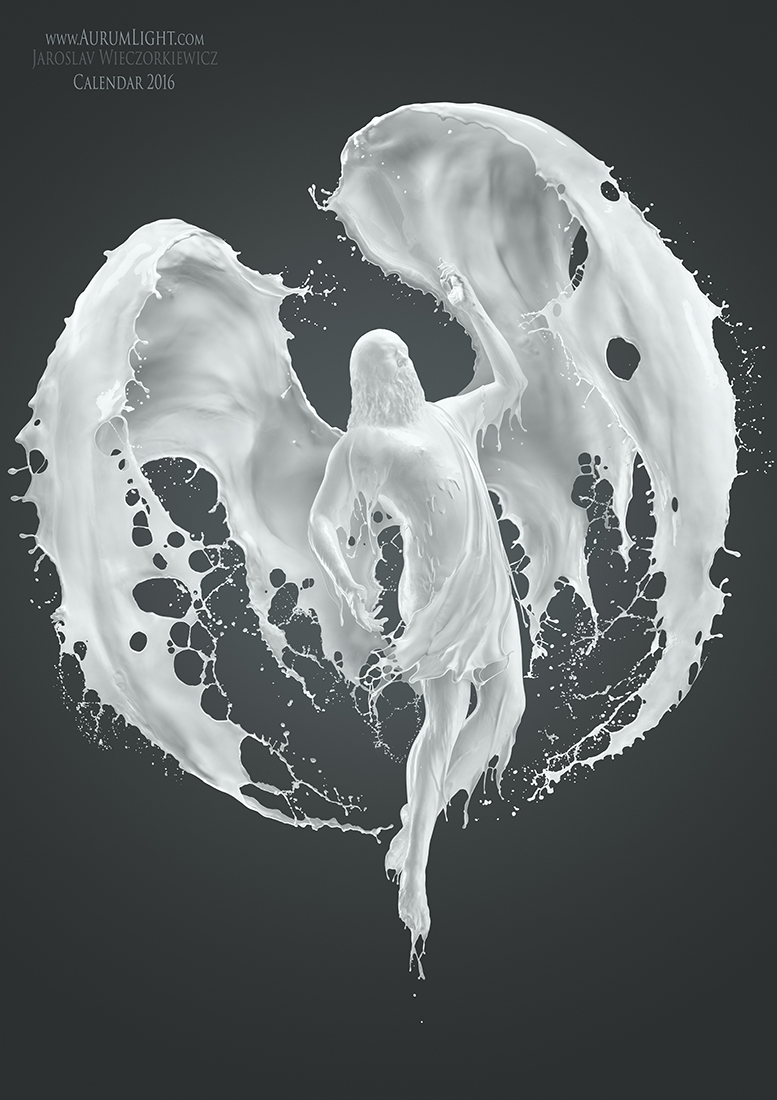 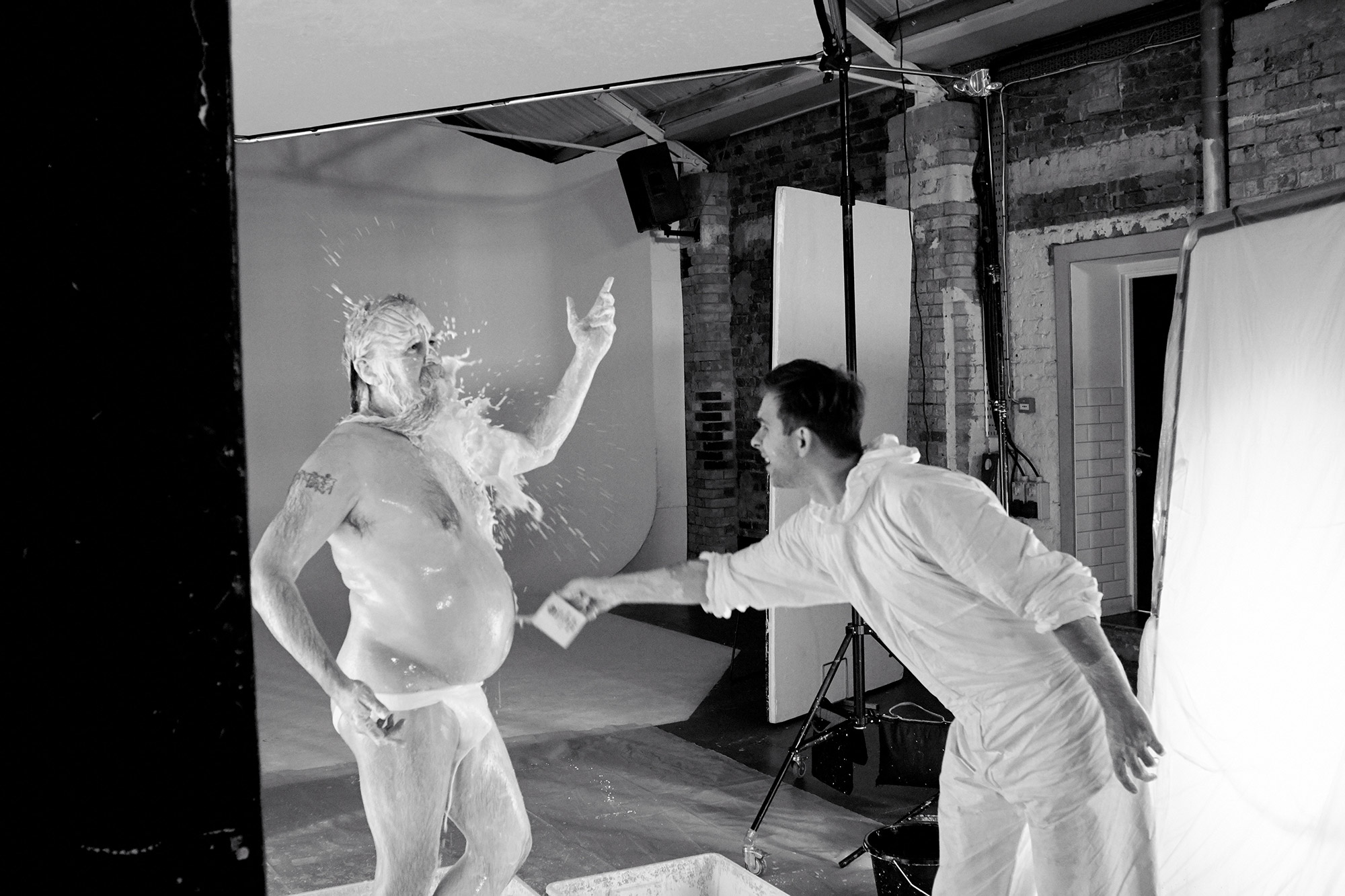 P.S. if you don’t have the means to do a full fledged milk shoot, you can try some pre-made resources, on a small and larger scale.

« Fashion Industry Turning To Solutions That Remove The Photographer From The Process
Asher Svidensky Isn’t Shooting Anyone: On Photography As a Language »