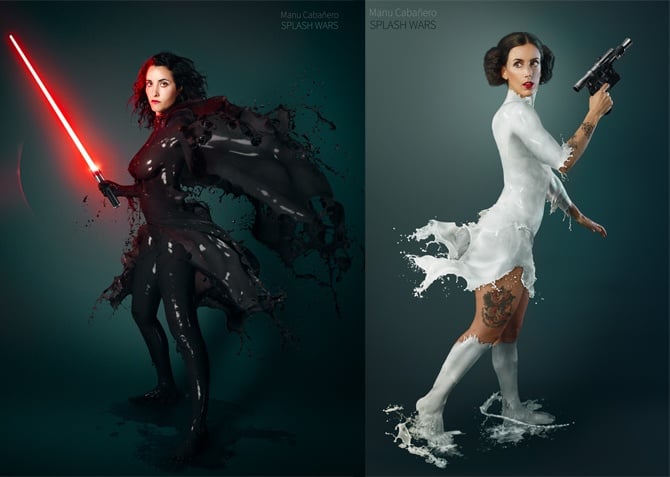 It seems like everything these days is either Star Wars or inspired by Star Wars. However, unlike many photos I’m seeing lately, this set is kickass in its own right.

The concept itself isn’t new, but Barcelona-based photographer Manu Cabañero hit the nail on the head with his milk-splashed characters of Princess Leia, Like Skywalker and Darth Vader. And there’s more to come… 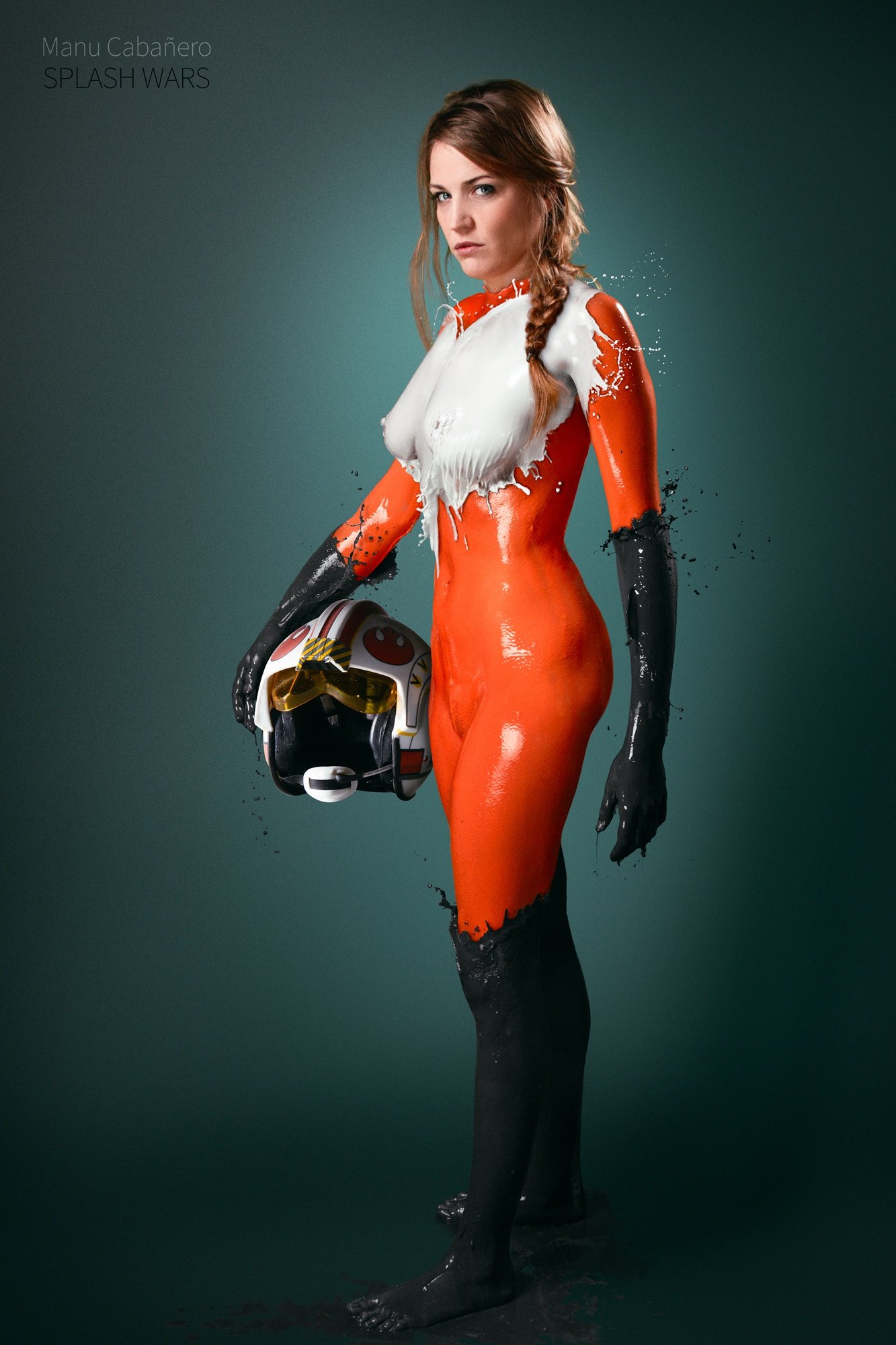 Manu was very excited to discuss his photos with DIYP and told us that other that a considerable amount of time going into the preparations, each image took 2-3 hours to photograph. Post-production was also involved, as I’m sure you can imagine, and took slight longer than the actual photoshoots. 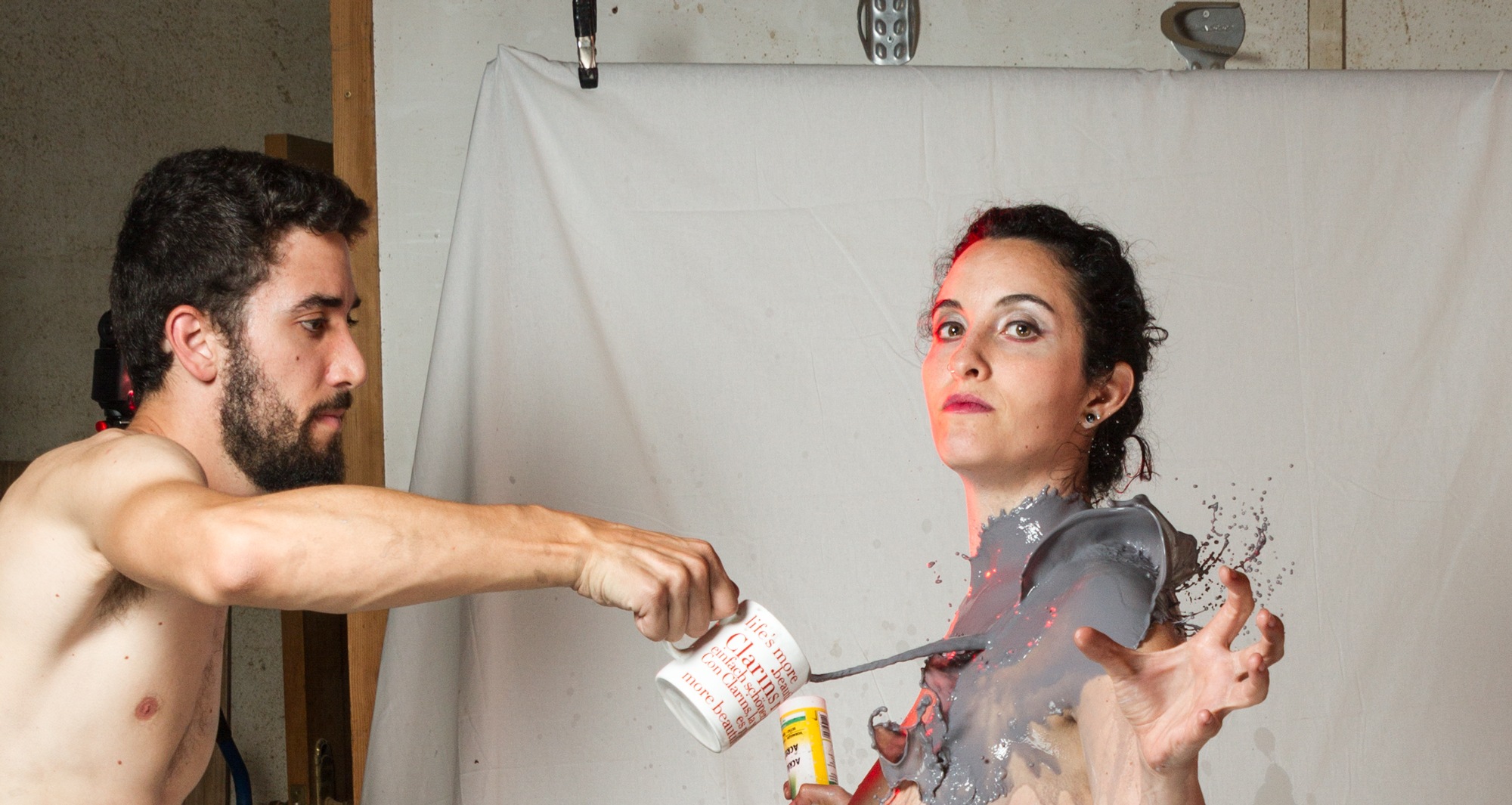 “Although it’s an exhausting project it’s very satisfying when you see that the result is what you wanted,” Manu told DIYP, adding that he’d love to create more photos in the series and already has ideas for some. 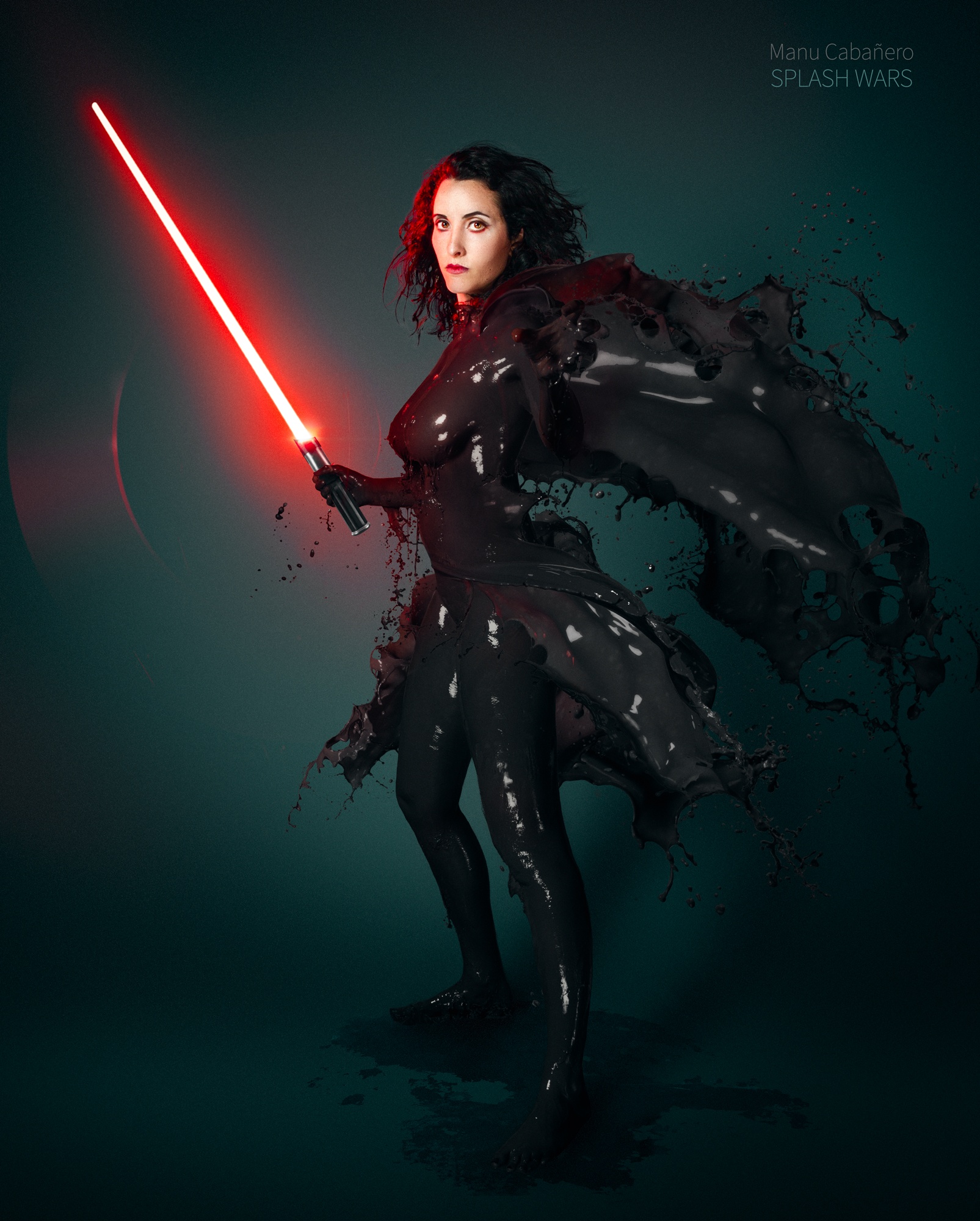 If these photos seem somewhat familiar it’s because Manu’s series was inspired by Jaroslav Wieczorkiewicz’s Splash Heroes. Speaking of Jaroslav’s work, Manu told The Phoblographer “It was magic and I wanted to make that magic”.

Other than providing inspiration, Splash Heroes also doubled as a reference for Manu to show his models. He also used sketches created in Photoshop (below) which he says helped him understand what he himself was after. 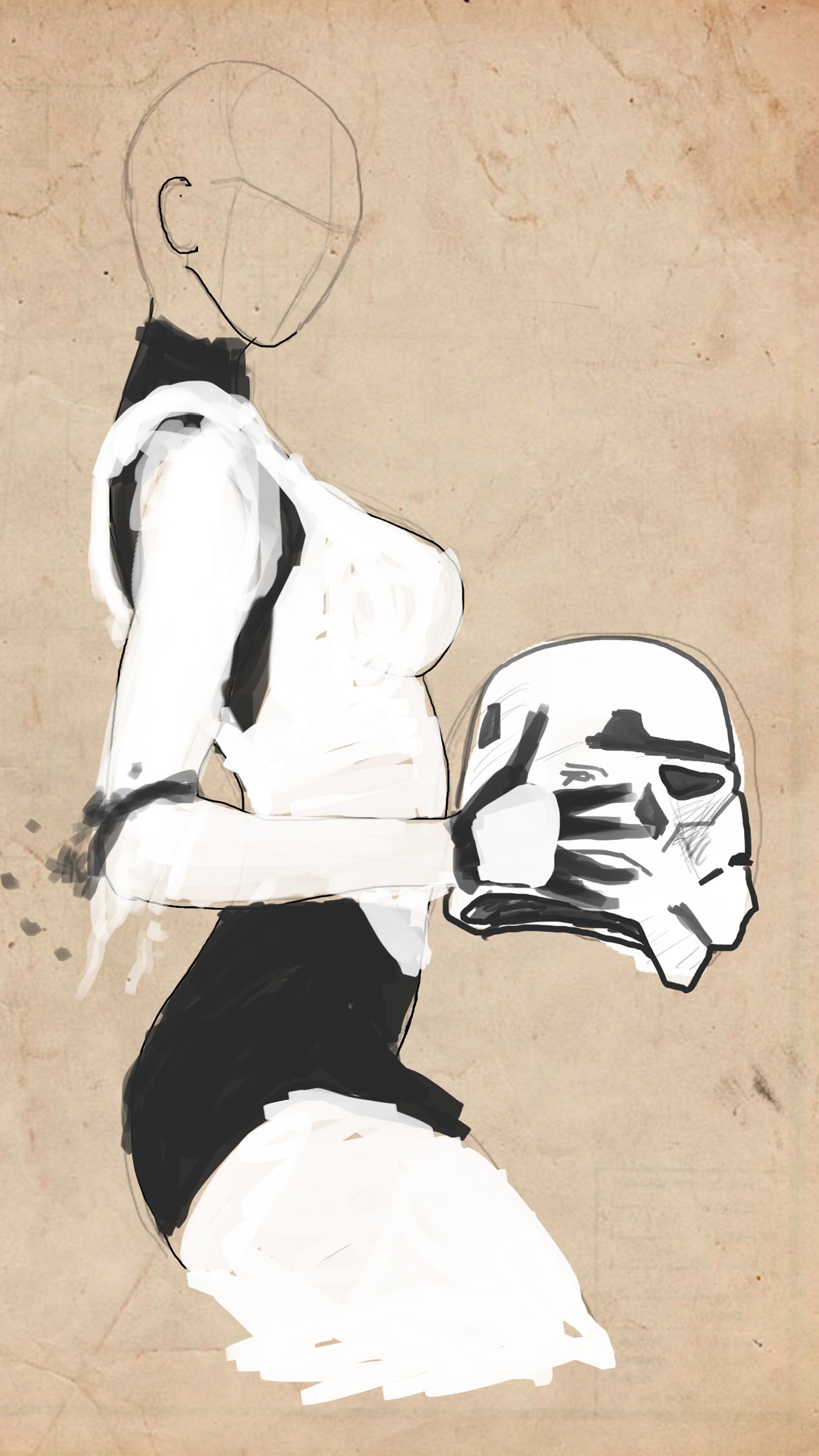 This kind of work can be extremely difficult and time consuming, and since Manu is still eager to continue with it, we asked him for a tip for those interested in the technique as well:

“Do it!! You can do whatever you want. The most important thing is to put passion on your work. I think that the trial and error method is the key of this type of photography technique”.

As for gear, Manu used a Canon 7D, Tamron 24-70mm, several speedlite flashes and light diffusers and a bunch of AA batteries. 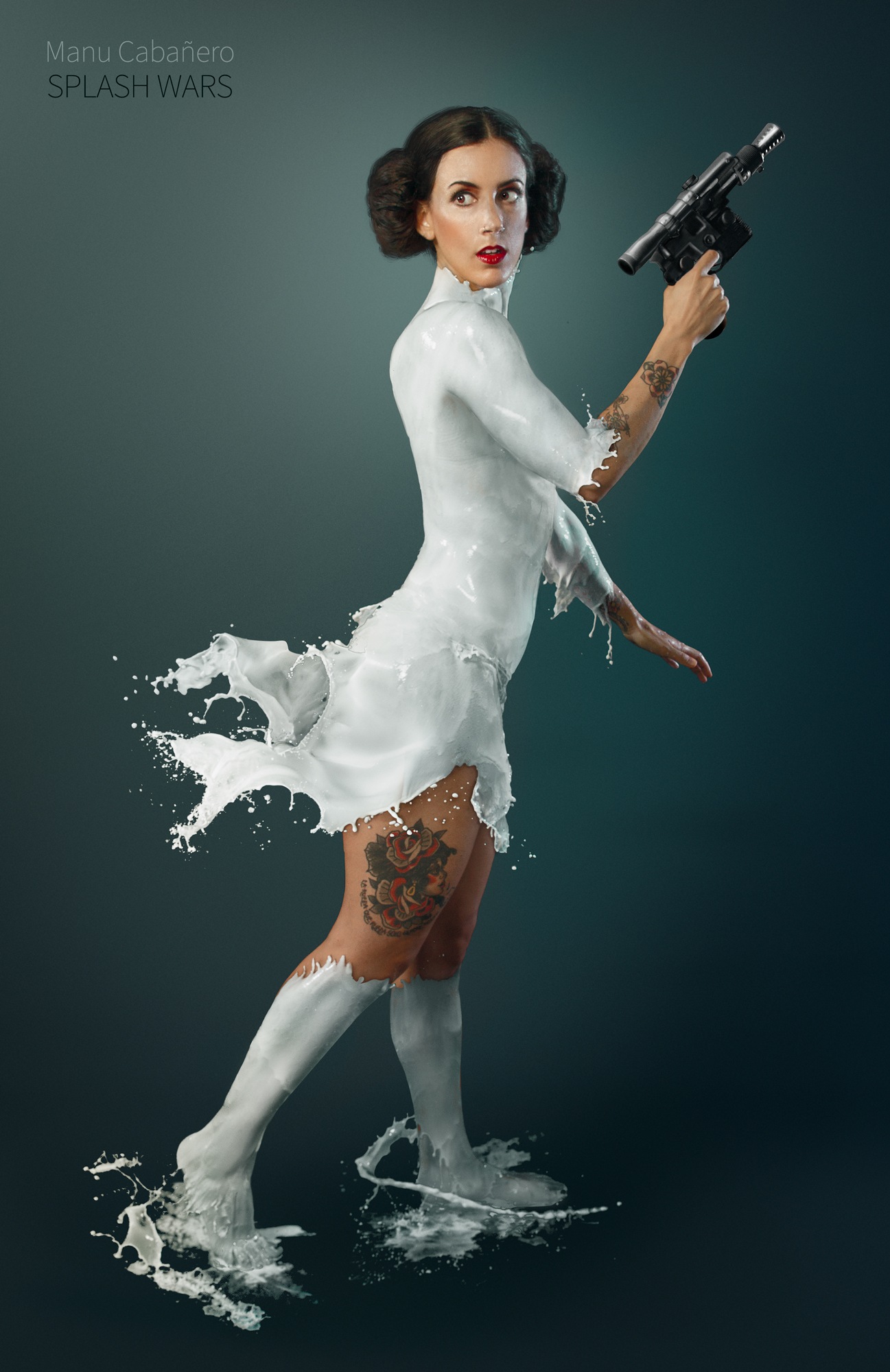 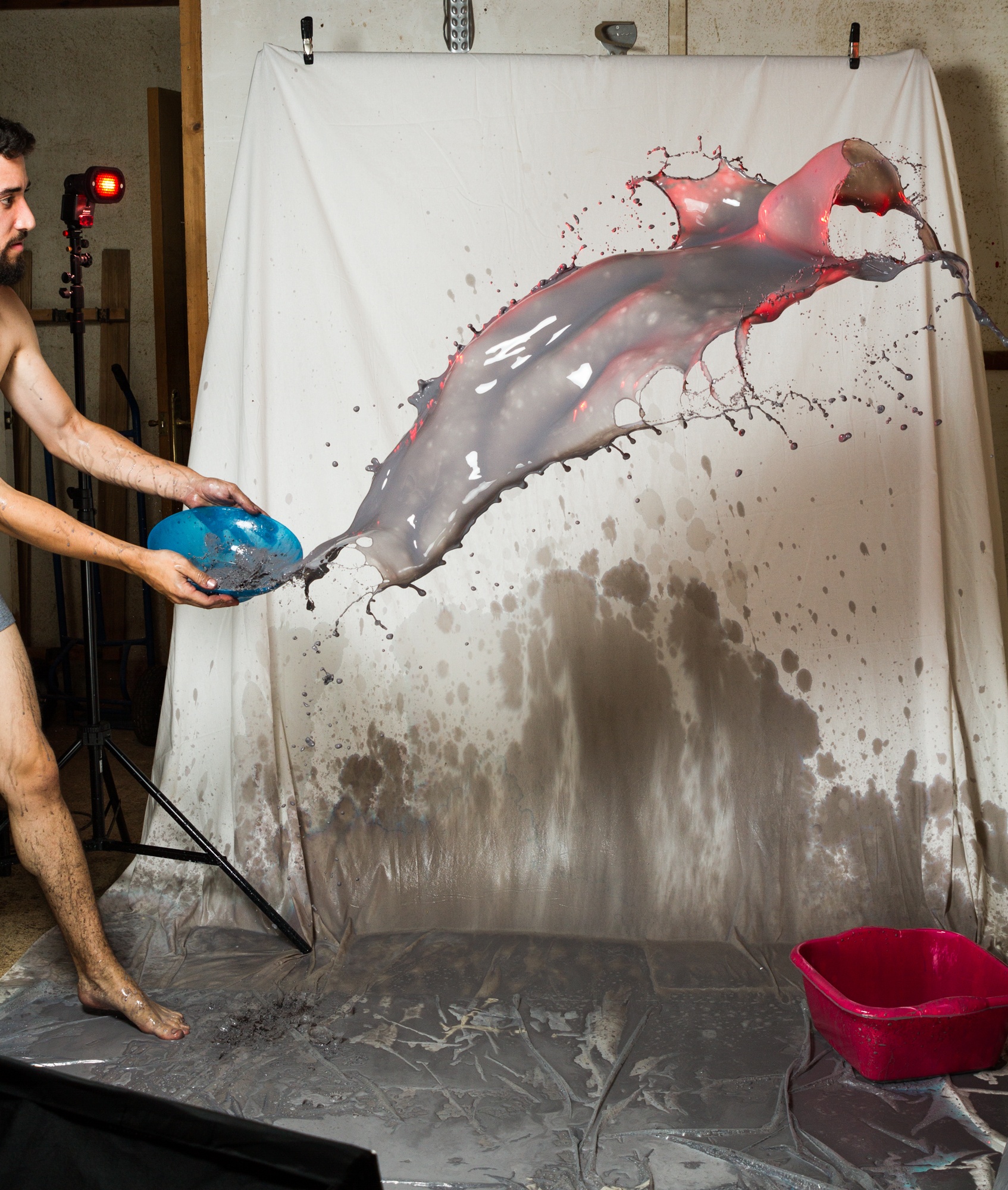 P.S. if you just want to experiment with Milk Splashes there are splashes that you can download (or buy) here and here.