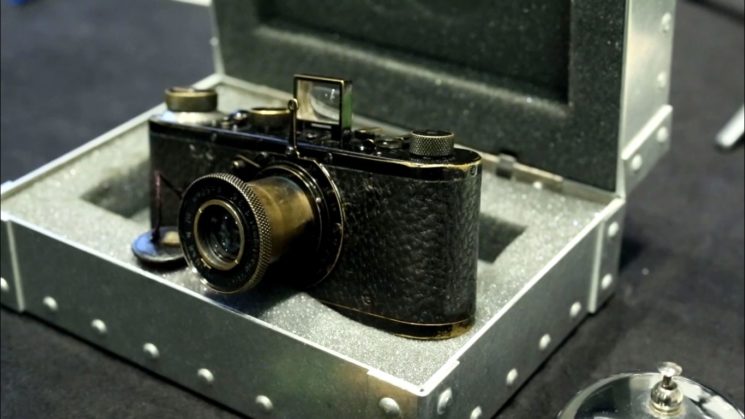 When you think of Leica, one of the words to pop to mind is probably “expensive” (even if it’s not even a real camera). At the 32nd WestLicht camera auction in Vienna, a Leica camera set a new world record for the most expensive camera ever sold at an auction. A rare Leica 0-series from 1923 was sold for €2.4 million (approximately $2.95 million).

As Leica Rumors reports, the camera was sold to a private collector from Asia. The starting price was €400,000 and the camera ended up reaching the price six times higher. WestLicht explains that it’s a very rare model. Ernst Leitz produced only 25 of Leica 0 cameras in 1923, two years before Leica was even introduced to the market. Reportedly, only three of these test cameras are known to still be in the original condition.

According to WestLicht, it’s not only the rareness of this camera that determined the price. This Leica 0 is also in fantastic condition despite being 95 years old, which certainly adds to its value.

As you can probably guess, the previous record holder was also a Leica (and also from 0 series). It was sold for €2.16 million (around $2.6 million) in 2012, which is also a pretty remarkable price. Still, the new record is set up, and we’ll see at the next auction in November if there will be another rare Leica to break it.

[World Record! The most expensive camera in the world – a Leica! via Leica Rumors]

Panasonic has sold its semiconductor business for $250 million